Joining forces in Cleveland: European-style nationalism is poised to unite with Trump's GOP 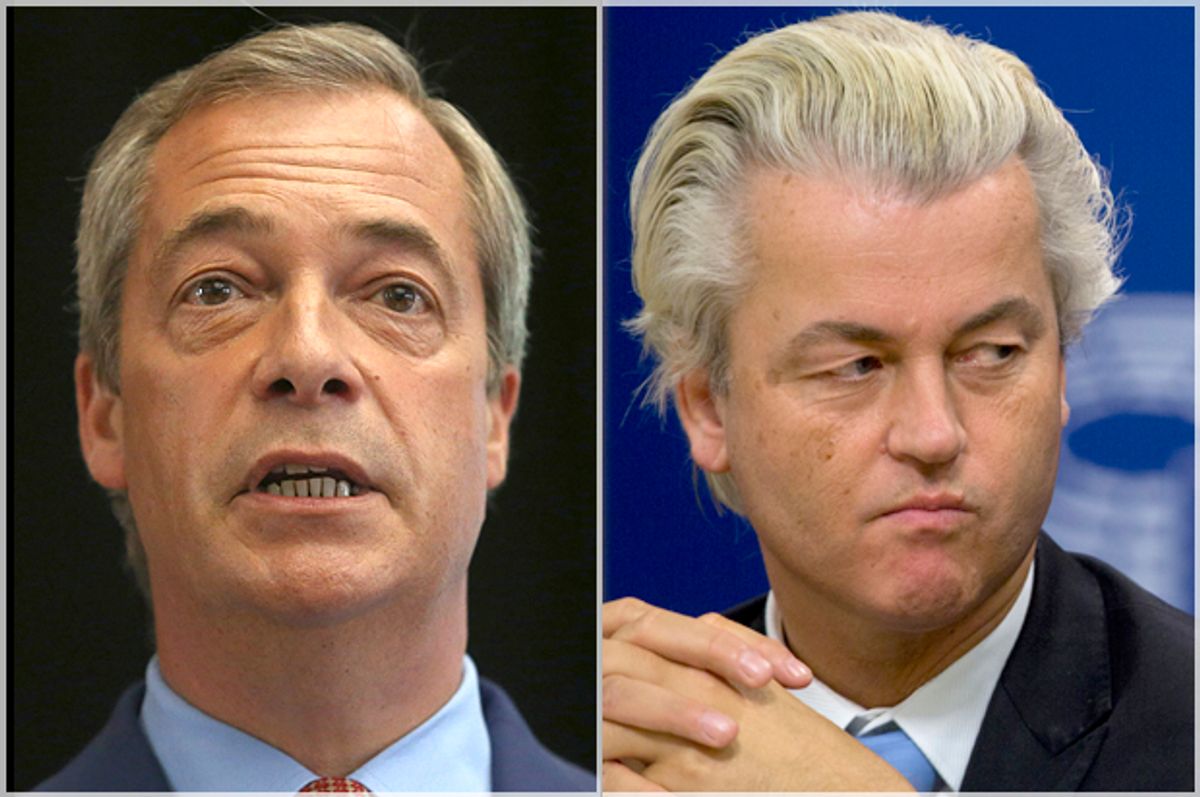 After years of dark and apocalyptic warnings from Republicans that America was in danger of turning into Europe – think of the debate over passing Obamacare, with conservatives screaming about European-style socialized medicine – the GOP seems to have found something from that continent it can fully embrace: Hard-right, nationalist political parties and the isolationists who lead them.

Among the guests the Republicans will host this week at the convention in Cleveland are Nigel Farage of Britain’s UK Independence Party and Geert Wilders, a member of the Dutch parliament and leader of the country’s Party for Freedom. Which sounds like a giant rave, but is in fact a right-wing populist party that calls for, among other positions, halting all immigration from non-Western countries. Sound familiar?

Farage was the leader of UKIP until about three weeks ago and a driving force behind the recent Brexit vote, in which the United Kingdom’s residents voted to exit the European Union. Wilders, meanwhile, has also pushed for the Netherlands to leave the EU. In addition to being a well-known anti-Islamist who has led his party’s call for stopping immigration, he has also suggested expelling all Muslim immigrants already settled in the country. (Presumably until the government can figure out what the hell is going on.)

It is unusual for foreign political figures at the level of Farage and Wilders to attend an American political convention. Perhaps nothing should really surprise us in the Year of Trump, but it is a measure of just how far to the right the GOP has swung that members of the party felt comfortable inviting two well-known anti-immigrant, anti-EU figures to Cleveland. (Farage has played it coy about exactly who in the GOP invited him. Wilders is being hosted by a state legislator from Tennessee, and if there is a region of America that knows something about a state seceding from a larger union….)

The far right of America making common cause with the far right of Europe is not a new phenomenon, of course. It’s not even a new activity for Wilders, who last year spoke at an anti-Islam event in Texas, organized by well-known Islamophobe Pamela Gellar, to honor the best drawings of Muhammad. The event was protested beforehand and was the target of an attack by Muslims offended by the depictions of their prophet, which are considered blasphemous.

This alliance comes against the backdrop of a Republican Party that has spent the last few years degenerating into a revanchist white nationalism that excuses its own racism by blaming the nation’s first African-American president for inciting it. A party with little room for or appeal to minorities. A party that has nominated as its candidate a man who tried to make “America First” his campaign slogan and who has promised to build a wall on the southern border to keep out undocumented immigrants. A party whose base in the primaries revolted against anyone who even hinted at supporting immigration reform, causing one presidential candidate to renounce a reform bill he helped write two years ago.

It is a party in the full-blown grip of panic as its Caucasian base sees its place at the top of the heap of Western civilization slipping, and it does not know what to do except lash out, embracing ever-crazier characters from the fringes of society.

The problem for the GOP is that the isolationism called for within British or Dutch society – or any other European country, for that matter – is not replicable in the United States, which does not have the homogenized, centuries-old culture of those nations. And it is a violation of our national character, or at least the character we aspire to present to ourselves and to the world, to so virulently deny agency to immigrants. Even undocumented ones.

So even if there is a rising tide of far-right nationalism in European countries, it will have a harder time taking hold in our two-party, winner-take-all electoral system, which governs a country that is far more multicultural, and far more primed to allow immigrant populations space within its borders, than England or the Netherlands. With polls showing younger voters overwhelmingly favoring the Democratic Party and embracing tolerance of other cultures, the GOP has one choice: Adapt to the country’s changing demographics, or die.

The Republicans knew this. They knew it after the 2012 elections. And they have gone the other way, embracing the white supremacy of Donald Trump, Nigel Farage and Geert Wilders. The latter two have shown up in Cleveland just in time to attend the GOP’s wake.