This should have been the greatest week of her career. And then the attacks came, as they have for so many others 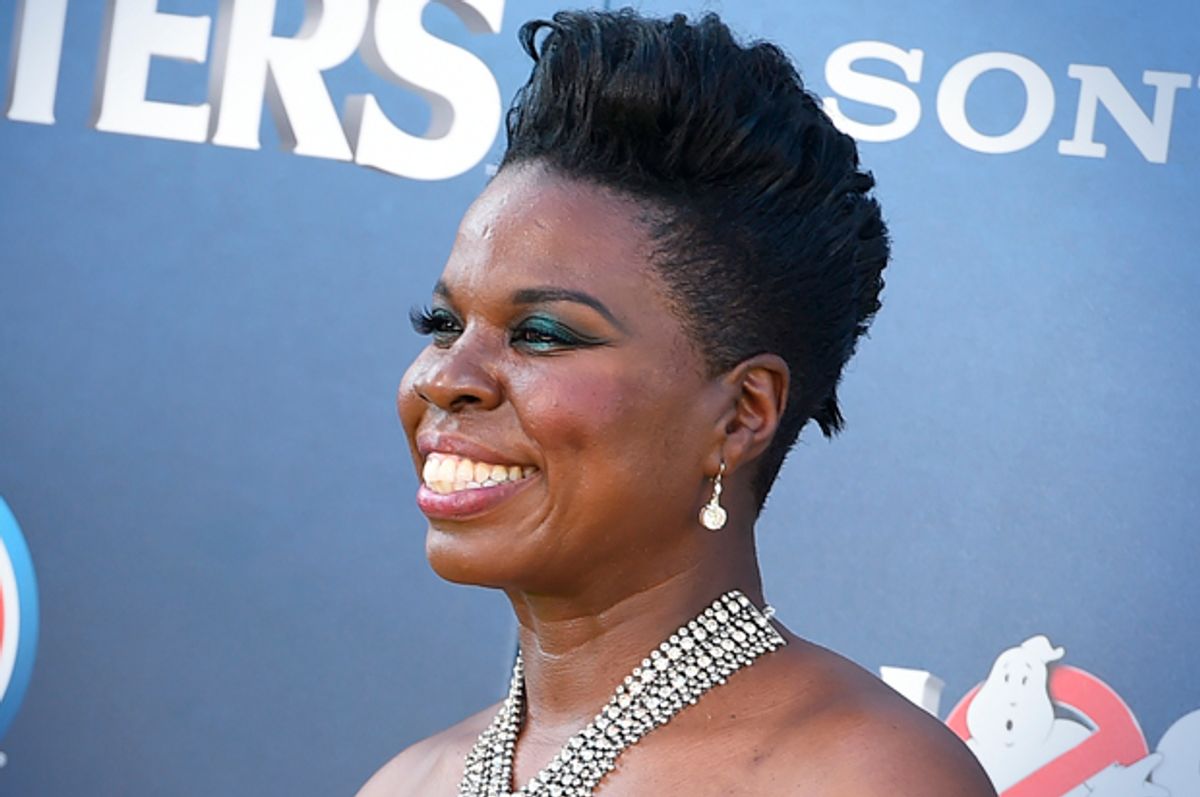 Leslie Jones should be celebrating. The "SNL" player is one of the stars of the most talked-about film of the summer. And, after some public frustration over how reluctant stylists and designers seemed to be about dressing her for the "Ghostbusters" premiere, last week she rocked the red carpet in a custom-made red Christian Siriano gown. Meanwhile, the critics have been impressed — The Guardian's Peter Bradshaw praised her "terrific performance,"  while The Hollywood Reporter singled out her "choice moments." What could possibly rain on her shining moment?

It all seemed to be going well for a while. Over the weekend, the actress and comic was tweeting out photos sent by happy fans attending screenings of her film, and praise for colleagues. Then on Monday, she issued a warning, saying, "Some people on here are f__king disgusting. I'm blocking your filthy ass if retweet that perverted s__t. Just know that now bitches!!" And then she proceeded to demonstrate just how bad it really is to be a woman of color — even more gallingly for the ignorant trolls, a successful woman of color — on Twitter. She shared tweets from a variety of low-functioning cretins, too many to list here but several with the theme of comparing Jones to a gorilla.

At times, Jones responded with a detached sadness, telling one person, "you think calling me gorilla is funny you're sick. And very very sad. You must hate yourself to put out that kind of hate." At other times, she stuck with a simpler, "F__k you." By afternoon, she was saying, "Ok I have been called Apes, sent pics of their asses,even got a pic with semen on my face. I'm tryin to figure out what human means. I'm out…. You know I'm gonna stop blocking so y'all can go through my feed yourself and see the bs. You won't believe the evil. It's f__king scary."

But as fans and supporters have come forward to report the abuse, either Twitter administration actually has done something or the trolls themselves haven't been able to stand the attention. By Tuesday morning, at least some of the more revolting posters seem to have disappeared — gee, was the reference to the KKK in your user name, bro? At least one racist troll has been suspended. Fun fact: You will not find too many on Twitter who think it's funny to call a stranger a racial slur who use their own name or image on their account. Also, here's a shocking tidbit: A lot of them are big fans of Breitbart and its troll prince Milo Yiannopoulos, who at one point chided her that "You know you can stop playing that terrible, hammy 80s black caricature now, right?"

Later in the day, a clearly worn-out Jones wrote a series of messages in which she said, "You have to hate yourself to put out that type of hate. I mean on my worst day I can't think of this type of hate to put out. I don't know how to feel. I'm numb. Actually numb. I see the words and pics and videos. Videos y'all. Meaning people took time to spew hate… Like no shame or compassion for human life.It scares the fuck out of me!… I'm not stupid to not know racism exists. And I know it will probably live on way after me. But we have to make people take responsibility for the hate they spew. We have to stand up to it. block mfs but let them know they are racist and spewing hate. Stop saying ignore them or that's just the way it is. Cause that's bullshit. Everybody knows an asshole check them for their hate. Twitter I understand you got free speech I get it. But there has to be some guidelines when you let spread like that."

Finally, she said, "I leave Twitter tonight with tears and a very sad heart.All this cause I did a movie.You can hate the movie but the sh_t I got today…wrong."

What happened to Jones is, outrageously, all too common. Last month, Mic exposed how anti-semites created their own little dog whistle code to identify Jewish posters to "alert an army of trolls."  Women of all races have long felt the blunt force of Twitter's worst side,  a problem that the GamerGate fiasco illuminated beautifully. Reminder: not only is it against the law to physically harass and threaten people, it should be the most basic rule of any online community that you don't abuse them either. What happened to Jones is inexcusable.

Sure, it's not just Twitter. Taken a look at YouTube recently? And sure, managing the truly bottomless army of the deranged and angry is a huge job. But Twitter seems to honestly not care about the garbage that gets thrown around at its community members, every moment of its existence. And it doesn't just happen to movie stars. If Twitter can't step in and effectively handle what happens to Leslie Jones, how well do you think it addresses what happens to ordinary people trying to have conversations about what's going on all around us right now? Your right not to be berated and abused is not respected on Twitter. It's just that simple. And as Jones' "Ghostbusters" director Paul Feig put it Monday, "You did nothing to deserve this. The Internet is filled with good people but there a few pieces of shit out there."