If displaced people together comprised the population of a country, it'd be the 24th largest nation in the world 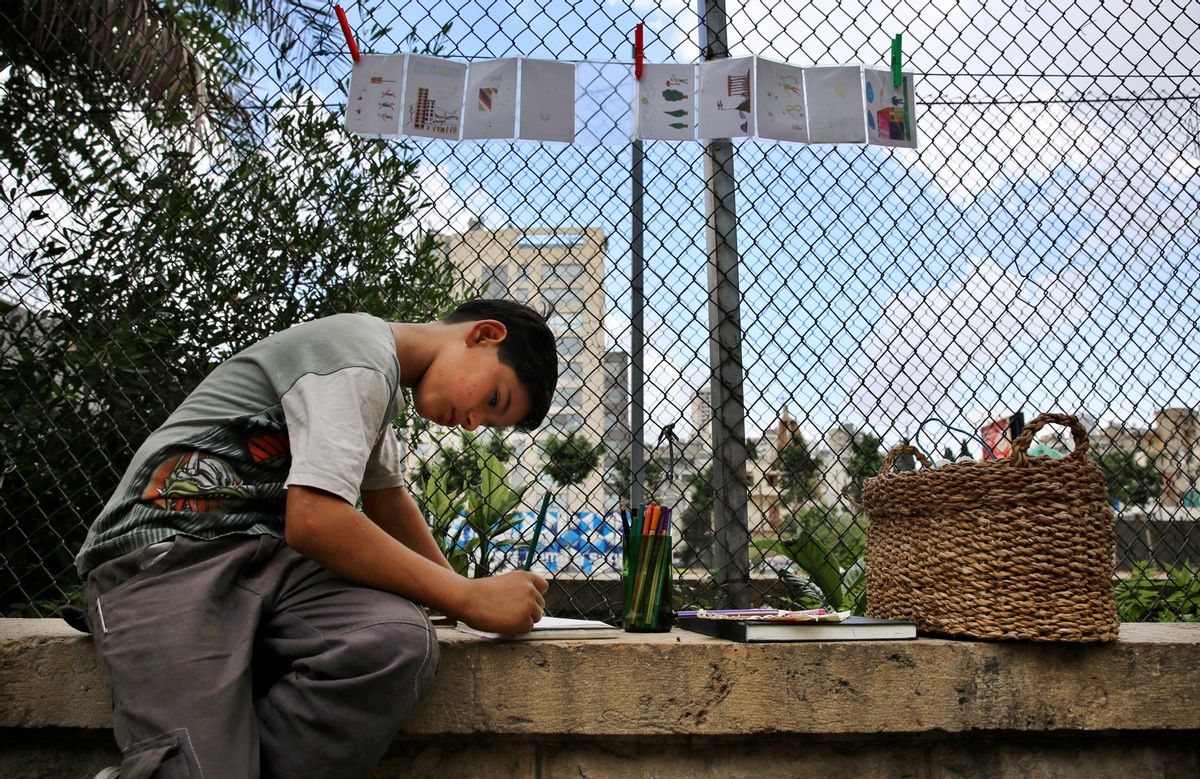 In this Saturday, May 28, 2016 photo, Syrian refugee Mohammed Ali Darwish draws on cards that he later sells in Beirut, Lebanon. More than 1.1 million Syrians have sought refuge here since the start of the 2011 uprising, more than half of them children. The U.N.'s children agency, UNICEF, says there are 2.8 million children out of school in the region, and child refugees are particularly at risk of exploitation and abuse, with large numbers having no choice but to go to work. (AP Photo/Bilal Hussein) (AP)
--

At a time of unprecedented human displacement, the richest countries in the world are the “least welcoming” to those uprooted from their homes, hosting just 8.88 percent of global refuges and asylum seekers, even though they comprise more than half of the global economy, a new Oxfam International brief finds.

“Among these countries Germany alone hosts over 736,000 people, while the United States, the United Kingdom, France, China and Japan are hosting the remaining 1.4 million between them,” states the report.

Notably, the United States hosts only 559,370 asylum seekers and refugees, even though it is the largest economy in the world in terms of GDP. This low number comes despite the fact that the 2003 invasion of Iraq, led by the United States, played a critical role in driving the uptick in global displacement that we are seeing today.

In contrast, six countries that together account for only 2 percent of the global economy — Jordan, Turkey, Pakistan, Lebanon, South Africa and occupied Palestine — together host more than half of all refugees and asylum seekers. Jordan alone hosts nearly 3 million.

“None of this means that those hosting the most refugees and asylum seekers are doing everything possible to uphold their rights,” the brief emphasizes, “but overall they are taking a far higher share of the world’s responsibility than those countries with the biggest economies.”

A report summary notes, “This is happening as the mood for offering safe havens to people on the move is darkening. The recent deal between European governments and Turkey has left thousands of men, women and children detained in Greece in often appalling conditions and in a legal limbo. The Kenyan government — when announcing the closure of the Dadaab refugee camp — said that if Europe could turn away Syrians, Kenya could do the same for Somalis.”

Last year, the United Nations refugee agency determined that, due to a rise in war and persecution, one out of every 122 people on the planet is a refugee, asylum seeker or internally displaced. If these displaced people together comprised the population of a country, it would be the 24th largest nation in the world.

In 2015, more than 65.3 million people were forcibly displaced worldwide, 40.8 million of them within their own country, according to the United Nations. This amounts to 24 people displaced every minute last year.

"Too many people who have taken treacherous journeys to reach safety end up living in degrading situations littered with abuse, hostility and discrimination, and too few governments are doing anywhere near enough to help or protect them,” said Winnie Byanyima, executive director of Oxfam International, in a press statement. “We must stand as one with the millions of people who have been forced to flee as they need our help.”