Steve King is very wrong: Here are 8 major contributions to civilization made by non-whites and non-Europeans (including civilization itself)

The Iowa Congressman claims that "other subgroups" haven't done as much for the world as Europeans. Actually ... 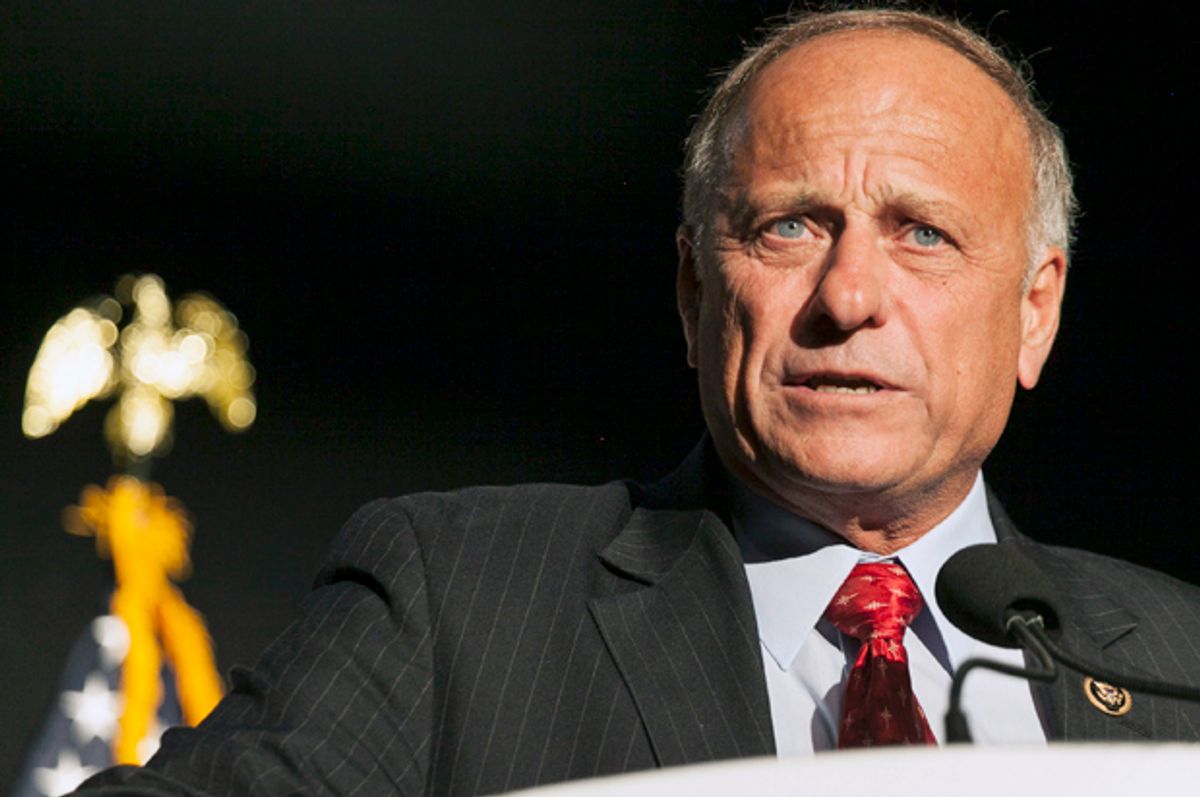 Just moments earlier, Esquire's Charlie Pierce had made a comment about “old white people” making up a majority of the GOP. In response, King fired back in white people's defense. He asked, “ … Where are these contributions that have been made by these other categories of people that you're talking about? Where did any other subgroup of people contribute more to civilization?”

To begin with, King's use of the term “subgroups” is a racist one. Geographically, Europe and the United States make up only 17 percent of the global population and a significantly smaller land mass compared to the Africa, Asia, and others. Why, then, would the rest of the world be considered a “subgroup” to Europe and America? Why would it be considered “lesser?” In King's worldview, European culture is obviously the superior one. But is it?

Historically, non-American and non-European “subgroups” like Asia, Latin America, Africa, and the Middle East are almost solely responsible for what we consider modern society – everything from language to mathematics to medicine. Don't believe me? Here is a brief list of what “subgroups” (ie, nonwhites, non-Americans, and non-Europeans) have contributed to civilization:

Evolution may be hotly debated among some members of the GOP, but fossil evidence shows that our early human ancestors originated in parts of Eastern and Southern Africa. In fact, most anthropologists believe that Neanderthals, Homo erectus, and Homo sapiens originated in Africa and then moved en masse through Northern Africa to parts of Europe, Asia, and the Americas.

Thousands of years ago, human beings were nomads, venturing from place to place in search of shelter and food. But that all changed circa 8500 BCE, when humans started to settle in Mesopotamia and plant crops and domesticate animals. Pre-agricultural sedentary settlements started appearing in the Middle East and Japan – and yes, parts of Europe -- around 12,000 BCE.

Although Democracy is usually credited to the Greeks (“democracy” roughly means “rule of the people” in Greek), some historians posit that other ancient civilizations showed signs of “primitive democracy” long before the Greeks did. In ancient Mesopotamia, for example, Assyriologist Thorklid Jacobson uncovered evidence of all-male assemblies whose function was to debate issues that were of concern to the community, like going to war. Although not democracy in the modern sense, it was certainly a type of sovereignty by a “portion of the governed,” as Jacobsen says.

At Monday's GOP Convention, several speakers upheld the Republican Party as the party of law and order. It's important to note, then, that actual law and order came about thanks to non-white, non-European culture. The Code of Hammurabi is the earliest known example of written law, originating in ancient Mesopotamia (in what is now present-day Iraq) and dating back to nearly 1800 years before the birth of Christ. These ancient Babylonian laws were written and preserved on large clay tablets and consists of 282 distinct laws, addressing property laws, military service, punishments, and inheritance.

The oldest stone tools predate the human species by about 70,000 years, and were recently discovered in a riverbed in Kenya (that's Eastern Africa, not Eastern Europe, FYI). Scientists believe this tool was used for hammering or cutting.

The origins of surgery can be traced as far back as ancient Egypt, where Egyptians practiced trephining, or drilling small holes in the skull, to relieve cranial pressure. Additionally, anthropologists have discovered drilled teeth dating back to 9,000 BCE in what is now India and Pakistan, while cataract surgery and plastic surgery are said to have originated in India, nearly one thousand years before the birth of Christ.

The first example of mathematics can be traced back to the etchings on a bone found in Central Africa, dating back nearly 20,000 years. Now housed in a museum in Belgium, the etchings on the Ishango bone are thought to be a primitive numerical system or possibly even a lunar calendar. The numerical system as we know it today originated in India, between the first and fourth centuries.

Although Christianity was spread on a global scale thanks to the Roman Empire, it is by no means a European invention. Not only was Christ himself an Aramaic-speaking Jew from Galilee, thanks to Jesus' apostles, Christianity spread from Israel to Syria, Palestine, Iraq, and Egypt long before it became the official religion of the Roman Empire in 380.

This is by no means an extensive list. Other contributions made by “subgroups” include gunpowder, steel, fireworks, compasses, paper, astronomy, and countless more. Although “old white people” may be responsible for the GOP today, they are nowhere near responsible for humanity's most important historical achievements.