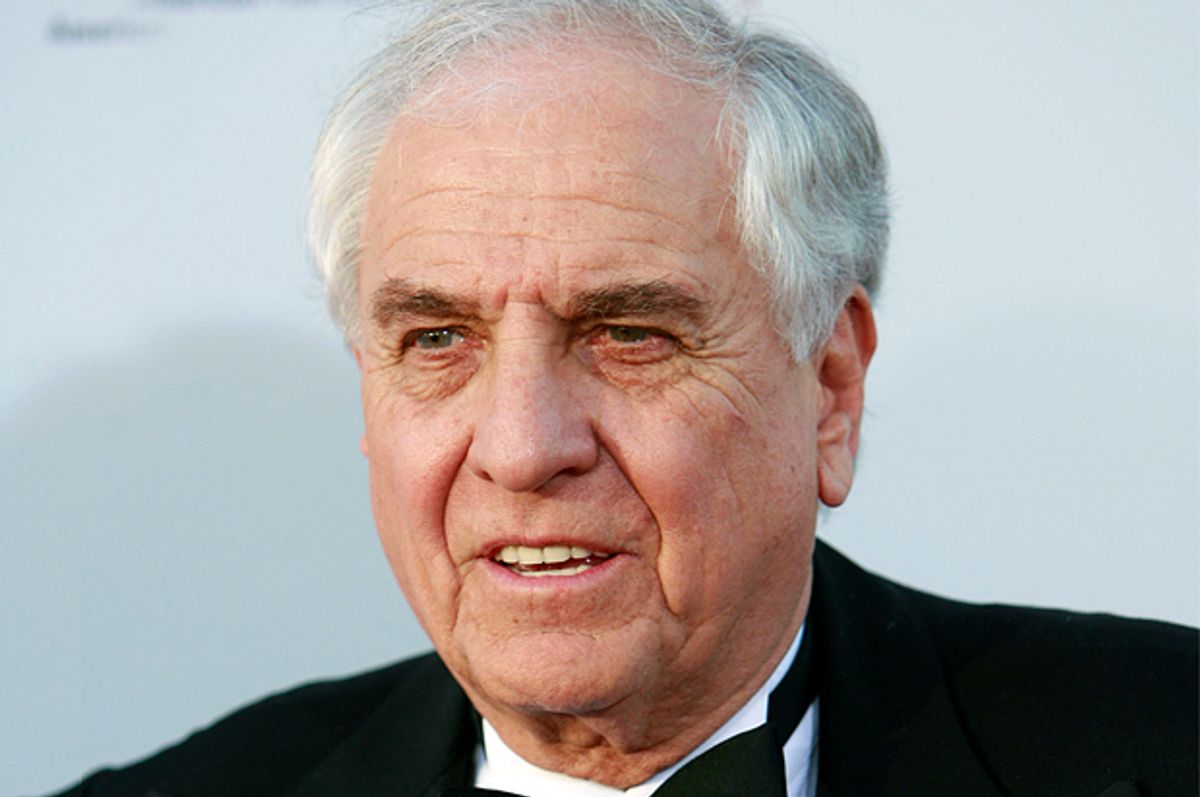 Garry Marshall, who died on Tuesday at the age of 81, will be remembered as a prolific writer, director, producer and creator of classic television series and films. To me, he'll also always be one of my first and most enduring great feminist role models. Throughout his career, the Bronx-born maestro consistently gave the world funny, messy, independent, complicated female characters, and helped generations of women grow up with the message that we too could do it our way.

I was a kid when "Laverne and Shirley" premiered. It was a spinoff of Marshall's retro and bland "Happy Days" — the vehicle that also, unfortunately, would give us all Scott Baio. Like "Happy Days," it took place in Milwaukee in the Eisenhower era. Unlike "Happy Days," which focused on a group of affable male youths, or the later "Mork & Mindy," about a contemporary space alien, "Laverne and Shirley" — costarring Marshall's sister Penny — was about two women. Two blue collar, single women. With jobs.

They didn't possess the patrician looks or career track aspirations of Mary Tyler Moore's groundbreaking Mary Richards — though Garry Marshall was certainly paying attention to her at the time, as his later recurring role on the beloved and unabashedly feminist "Murphy Brown" would attest. Instead, Laverne and Shirley were, like Mary's buddy Rhoda, the girls who real girls — girls who were not beautiful, girls whose parents were ordinary folks with regular jobs, girls whose homes were a little run down and maybe didn't get enough light — could relate to. They looked like they were having so much fun, with their pizzas and their bowling and their bottle-capping jobs. Their lives were pure slapstick — logical coming from a creator who'd worked earlier in his career with Lucille Ball. They were not scolding housewives or out-of-touch moms, which makes them, even in today's sitcom landscape, pretty revelatory. God, how I wanted to be them.

Many years after "Laverne and Shirley" left the airwaves, I was an earnest young feminist, and I saw "Pretty Woman" for the first time. I loved it. Adored it. Paid money to see it more than once. Just last week I was in a hotel room, and when "Pretty Woman" appeared on cable and I was unable to resist it. I've seen "Pretty Woman" more times than Romy and Michele have. And I remember the slew of think pieces that came out when it was released, the hand wringing over how "problematic" a romantic comedy about a young hooker and the older man who buys her lots of nice things was. But honestly, the thing holds up. It helps that the movie launched Julia Roberts and her smile and her hair into the stratosphere, but it's also a film with charm and vulnerability. In a 2001 interview with Americana magazine, Marshall quite astutely gave his interpretation of it, saying, "I don't think 'Pretty Woman' is just about the cultural adoration of beauty, femininity, and sexuality. I think it's about getting a bad deck of cards and working to change that." By the end, "Vivian has begun her own education, and she encourages others to educate themselves. I don't understand why critics think she's going to give up her education just because Gere comes to get her. That's not what I had in mind at all."

Many more years after that first viewing of "Pretty Woman," I was now a mom, and I took my young daughter to see "The Princess Diaries." It was another Garry Marshall film of a beautiful young woman's transformation -- just this time, as they say, without all the hooker stuff. With it, director Marshall yet again took an incandescent young star — this time Anne Hathaway — and created a story of becoming a self-possessed woman. A leader. I now have two daughters and have seen "The Princess Diaries" roughly eight thousand times and I will fight to the death anyone who speaks ill of it. It's a great feminist story that's also about the power of great hair. Why not? Last year, the film's costar Heather Matarazzo referred to Marshall as "just the best."

In his 2001 interview, Marshall said, "Before the seventies, women were told to shut up. Now… they say, 'I'll speak and I'll change the world.'" How cool, how still truly unusual, when a successful male Hollywood director hears that and wants to be part of that. It's true he made many clunkers along the way, and I certainly prefer to imagine his later holiday-themed, cast of thousands comedies don't exist. But I will always be grateful for what Marshall consistently did, and did with such great sweetness and heart — he told stories about women. Women who were not sidepieces. Women who worked hard for what they wanted. And women who always, always kept their sense of humor.