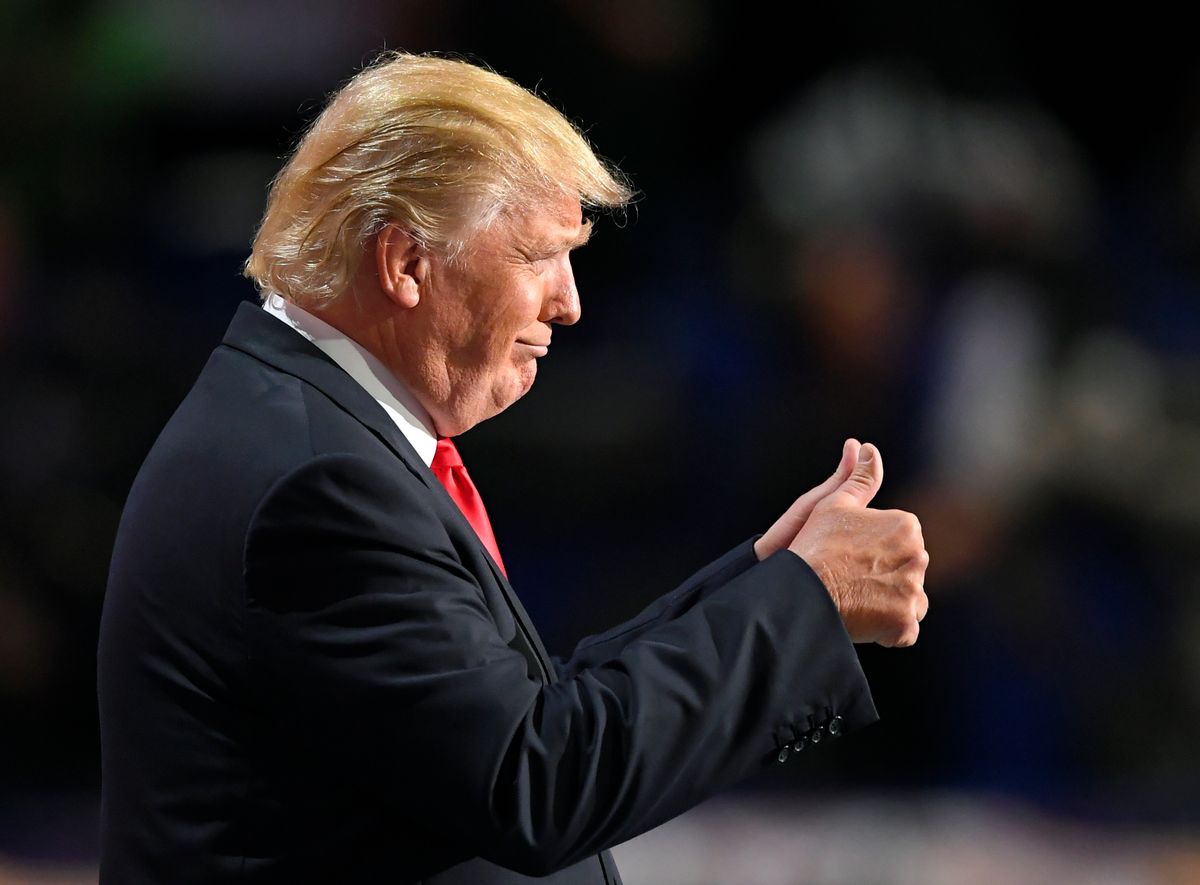 Donald Trump's speech at the Republican National Convention on Thursday closely tracked with the version that was leaked earlier today, but one notable exception was that he went out of his way to make promises to veterans and to thank evangelicals for their support of his candidacy, two clear indications of where his campaign believes he will need to build bulwarks before November.

However, he also seemed to want to take a page out of his daughter Ivanka's book and woo a younger generation, because not only did he thank evangelicals for their support -- he thanked them for withholding their disdain when he spoke about LGBTQ issues.

Of course, he contextualized his support for the LGBTQ not by saying that he would support their constitutionally guaranteed rights within the United States, but by claiming he would protect them from terrorists of the sort who kill them overseas -- but still, he considered the fact that the crowd cheered him at that moment something worth marking. "I must say, as a Republican, it is so nice to hear you cheering," he said.