How Mike Birbiglia and Keegan-Michael Key found common comedy ground: "He helped me 'make less' of it" 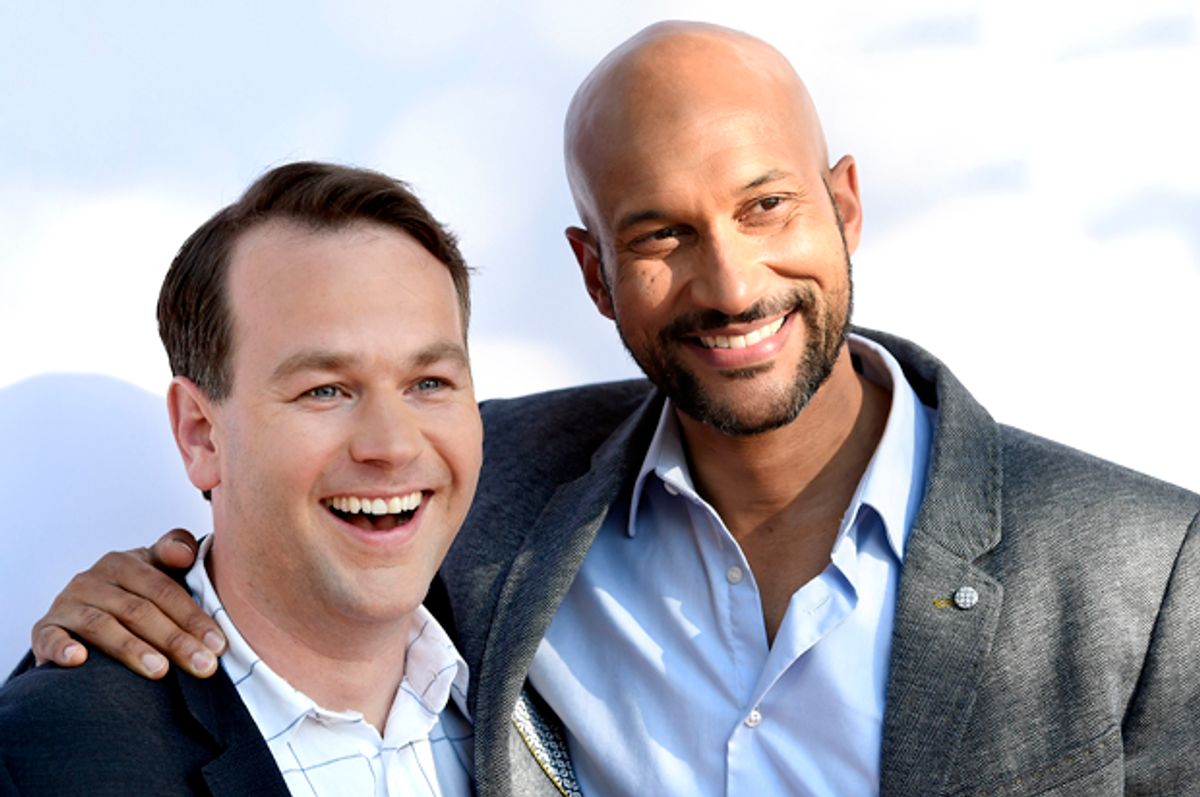 “Don’t Think Twice” is a sly, heartfelt comedy about an improv troupe called The Commune. Its founder, Miles (Mike Birbiglia), once had a shot at being on “Weekend Live,” a national sketch comedy TV show in the “Saturday Night Live” vein. While Miles is still waiting for his big break, two of his colleagues, Sam (Gillian Jacobs) and Jack (Keegan-Michael Key), get an audition for “Weekend Live,” and the tight-knit group starts to splinter.

Birbiglia, who wrote and directed the film, knows how to integrate various comedic forms in “Don’t Think Twice,” which relies on sarcasm, satire, physical humor and, yes, improv to give the characters depth as situations challenge them both personally and professionally.

But what makes the film so funny — and why it works so well — are the uniformly strong performances. Birbiglia allows his cast the freedom to develop a nice, easygoing rhythm that shows the characters as a cohesive unit but also gives the individuals private moments of doubt and self-acceptance. In particular, Keegan-Michael Key distinguishes himself as a pivotal member of the group who changes — both the most and the least — when his character gets a big break.

Birbiglia and Key met briefly with Salon to talk about comedy and their comedy, “Don’t Think Twice.”

Mike, as Miles tries to do with Jack on stage as part of the Commune, how hard was it to rein Keegan in from “showboating?”

Birbiglia: Ha! Keegan and I met over Skype and chatted for two hours while he was shooting “Keanu.” Artistically, we see eye to eye. I like to “make less.” [When] I met Robin Williams, I asked him about “Good Will Hunting” — he was so mesmerizing in that — and he said his performance was because of [director] Gus Van Sant. Gus would just tell him the line and Williams would figure out how to say it. That's a great trick. It makes a film feel like the people are real. That's what we tried to do. It was a lovely collaboration.

Keegan, how hard was it to play in an ensemble and not steal every scene?

Key: As Mike said, he helped me “make less” of it. I've not had a chance to do much of that of late. There was a natural energy ... I tried, subtly, to make it as real as possible. That was the biggest reason for me to do this. It felt like home. My career had a 19-year detour from being a dramatic actor. “Don’t Think Twice” was an opportunity for me to use what I learned in school. I didn't use the concept of Jack as a “bad guy” or that Jack has blinders on. Jack can’t think that. I asked: Does he think he's ambitious? He's doing the best he can. Does he have a secret shame? He’s not trying to be a bad guy. He's not a ham-fisted antagonist.

Keegan, Jack has to audition for a show and he’s afraid of bombing. Can you tell me the story of an audition you did that bombed?

Key: Jordan [Peele] and I did a stand up gig. It was a performance we did as a team that was a kind of an audition for public appearances. It was a comedy jam outside San Francisco. Now, we are not standup comedians. I repeat. We are not stand up comedians. The venue was one of those festival concert amphitheaters with people on the lawn, etc. As the night progressed, the acts got bluer. And the audience got drunker and higher. The energy was markedly different when we were on, and our material was not as prurient. Two minutes in, we heard boos. The fourth or fifth minute, the boos were rolling in from the back of the hill. Our 20-minute set was over in nine-and-a-half minutes. We tried to get the crowd on our side. But, again, we are not stand up comedians.

Mike, what can you say about incorporating all of the different types of comedy into the film?

Birbiglia: Knowing the context [of humor] makes it real and funny. When Bill (Chris Gethard) misses a performance because he is dealing with a family crisis, Jack and Samantha announce they were scouted for auditions. They [hope to] alleviate Bill’s situation. It’s awkward, but it’s funny because Bill, who is suffering, asks, “The [scouts] came tonight?”

Mike, can you talk about how you got the players to work together as a group?

Birbiglia: The cast came together three weeks early to rehearse and do improv workshops with Liz Allen. They performed as an improv group. I want people to think The Commune is a real improv group — to come to New York and hope to see them. When we ran scenes, there were no bad ideas. We would try anything. But not on the day we were shooting, when we were bleeding $10,000 an hour. The actors weren’t shy. They were smart, open people. Whatever happened, happened, like the Trump impersonations.

Now that you guys are both successful, what would you say to the comics you performed with back in the day?

Birbiglia: Gillian [Jacobs] and I got that question at South by Southwest. Are we successful? It could all go away tomorrow. The key is to do what you love. Success is fleeting. It may not have to do with you but how your work is received. There is no such thing as #1 in art.

Key: There is no top. You are never going to reach the top if you go for success. That way lies madness. Do what you love in your community.