Anatomy of a Trump voter: How racism propelled Trump to the Republican nomination 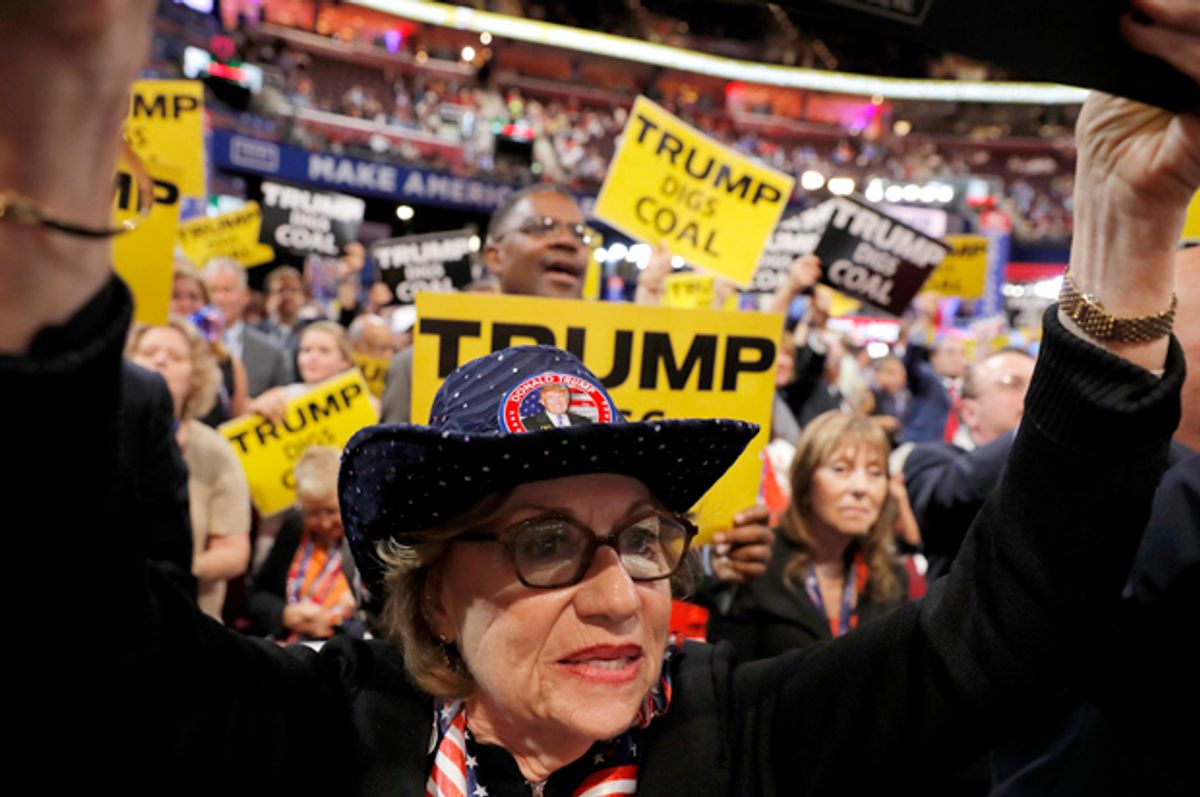 This week, Donald Trump formally accepted the Republican nomination, and many narratives have emerged about what led to his victory and what his supporters demand. But current polling makes that difficult: by now, Republicans are increasingly settling behind the Trump as the nominee. What actually determined support or opposition to Trump early in the primary when it mattered?

To explore what sets Trump supporters apart from the rest of the GOP, I used the ANES 2016 pilot study (discussed here at more length). The survey took place in late January, when the GOP primary was still contested, so it’s an ideal survey to test the determinants of Trump support. I explore only Republican respondents, to see what parts of the GOP base that Trump appealed to. At the time of the survey, 56 percent of those who identified as Republican supported a candidate that was not Trump, and 41 percent supported Trump (he had support from a plurality of Republicans). A negligible percentage of Republicans chose no candidate. I find that racism is a powerful predictor of Trump support, while other suggested motivating factors simply don’t differentiate Trump supporters from other Republicans.

Trump Supporters Buy Into the Politics of Resentment In an early examination of ANES, political scientists Michael Tesler and John Sides showed that whites who believed that whites faced discrimination or worried about losing jobs to people of color were more supportive of Trump. I explored two variables that stood out to me as interesting. The first asked respondents how important it was for white people to work together to change laws unfair to whites. The second asked how likely it is that whites are losing jobs to people of color. Responses to both of these questions indicate the beleaguered racial attitudes that motivate white nationalist movements. I examined these variables using a model that controlled for ideology, family income, education, age and gender (these two questions were only asked to whites). Again, examining only Republicans, endorsing these views increased the probability that a respondent would support Trump.

Previous work by myself and McDaniel, as well as others, has shown that “economic anxiety” simply isn’t sufficient to explain the rise of Trump. Young people are among the most economically insecure group, yet few are rushing to Trump. People of color are far more likely to be working class, and yet Trump’s support is almost exclusively white. It’s important to talk about economic and social inequality, but what motivates Trumpism is racism.  Indeed, there was virtually no difference between Republicans who supported and rejected Trump in views of government services and spending. In the models I examined, free trade didn’t increase the probability Trump support, nor did perceptions of the economy. Trump supporters were no more likely to pick Social Security as one of their top four issues. Support for the minimum wage did increase Trump support, but support for campaign finance restrictions did not. None of the questions related to opportunity or upward mobility increased the probability of Trump support. In a previous exploration, McDaniel didn’t find strong results examining the terrorism questions, after controlling for other factors. Few things have been more frequently discussed in the recent months than the rise of Trump. Many commentators have noted the key political and institutional dynamics that gave Trump a path to the nomination (as I did here). Others have noted the ways in which the GOP set itself up for a fall by pandering to the donor class and delegitimizing political institutions (I discussed these here). These are all true. But what sets Trump supporters apart from the people who supported other candidates is their endorsement of vile stereotypes about people of color. Anti-black and -Muslim stereotypes are the strongest predictor of Trump support I was able to find — far more powerful than economic factors.

Worryingly, research shows that when people support a candidate or party, they tend to move closer to the views of the candidate or party they support. By tacitly accepting Trump’s racism, the GOP has empowered white supremacists and widened the boundaries of racism that their party will tolerate. That will leave a lasting negative impact on American politics.