"UnReal" became a critical darling in its first season by skewering "Bachelor" stereotypes. What changed? 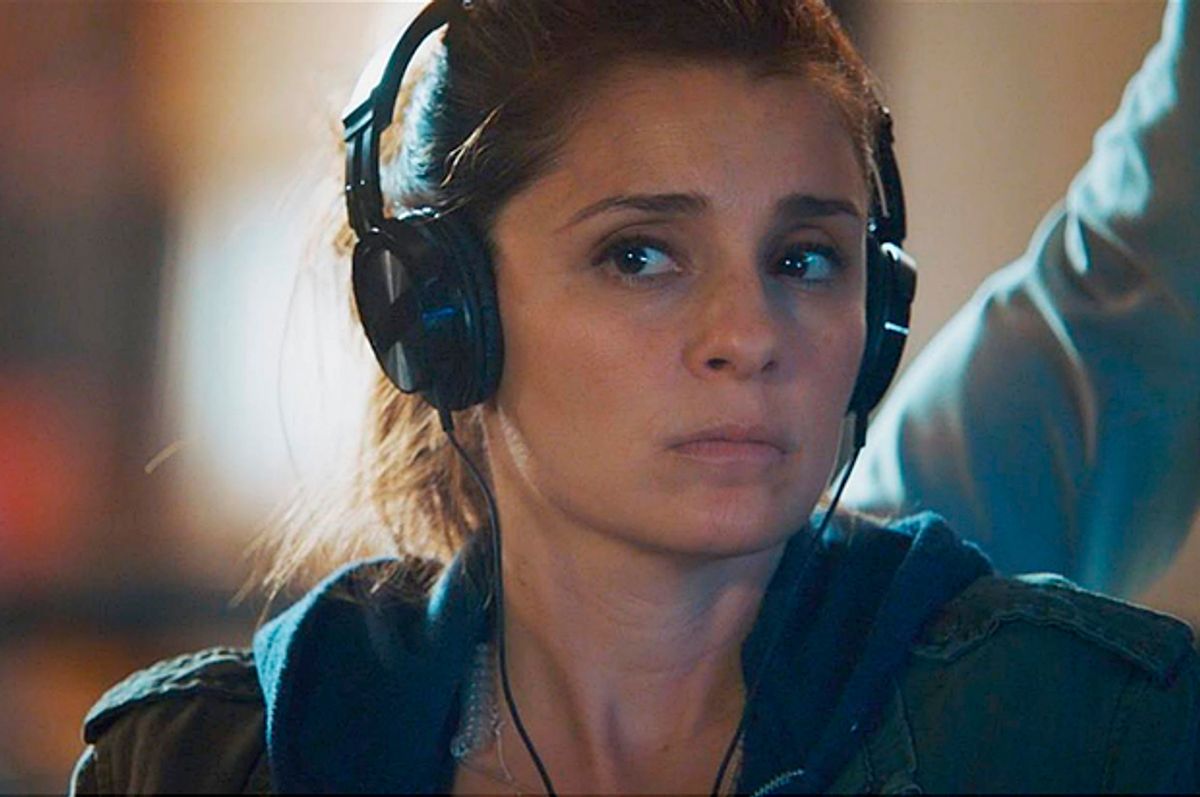 Writing at Slate, Sam Adams delves into the abrupt and devastating decline of critical darling "UnReal," offering behind-the-scenes tension as a possible explanation for the sudden drop in quality. Listing off a litany of construction issues with the season thus far, Adams calls out in particular its shoddy treatment of race, meant to play a more dominant role. He also notes the unfortunate primacy of the female protagonists' romantic relationships, which he partially attributes to pressure from the network, and the flat nature of this season's minor characters.

In the past, the progressive brilliance of "UnReal" was the contrast between how contestants on the "Bachelor"-inspired fictional dating show "Everlasting" were portrayed on the show-within-the-show and who they really were. As I've written before, by highlighting the extent to which the characters were manipulated, "UnReal" implicitly undermined stereotypes casually reinforced by entertainment like "The Bachelor."

During the season two premiere, when Quinn listed off the female contestants who'd be vying for the suitor's attention, referring to them as the caricatures they were doomed to become, I perked up. Based on last season, I assumed we'd get to learn each of their complex backstories, and that they'd be humanized. This season, the contestants have been used largely for comic relief. Soon, it was easy to predict who'd be eliminated each week: as soon as we got to know anything about a contestant, she'd be sent home. When a Muslim contestant, for example, was pressured into doing several shots too many, she stormed off during the elimination ceremony, rightly observing that producers had made a joke out of her. The fictional audiences of "Everlasting" would know her only as the Muslim girl who got drunk and made an ass of herself. The problem is that that's all the actual audience of "UnReal" knows about her, too. And it's all we'll ever find out. "UnReal" is now casually reinforcing the same stereotypes it used to undermine.

But more has been lost than social consciousness. There used to be a sadistic deliciousness in watching Rachel, Quinn and the other producers at work. They were brilliant at latching onto contestants' weaknesses and exploiting them gently and subtly over the course of several episodes, until contestants erupted in deeply unflattering ways. Part of the issue with shifting focus from the contestants to the producers has been that, in watching younger producers come into their own, the job has been made to seem somewhat easy. Having gotten rid of Rachel's untalented foil from season one, the lack of a conscience seems to be the only real qualification for the job. The contestants are too pliable, the manipulations crass and easy.

Adams is right to call out the primacy of romantic relationships as another issue with this season. But it's not just the relationships themselves, but their stereotypical nature, that is truly grating. Both Quinn and Rachel are in relationships with male superiors. Though they seem to have genuine feelings for their boyfriends, they are both clearly aware of the career benefits these relationships stand to provide. “Money. Dick. Power.” was put forth as their guiding motto in the opening moments of this season, a statement of their priorities. Quinn, in particular, seems mainly interested in the second as a way to recapture the third.

The writers also seem to be caught up in a fairytale of sorts, and are relying on some unfortunate clichés. The men on the show are all positively smitten with one or the other. Their boyfriends are both, objectively, catches, and as Quinn and Rachel's behavior becomes increasingly deplorable, their relationships increasingly strain the imagination. Quinn's transparent power grab, like the producers' manipulations of contestants, isn't especially deft, but her billionaire mogul boyfriend either doesn't notice or doesn't care. Adam, last season's bachelor who Rachel humiliated live on national television, should loathe her. Instead, he desperately wants to rekindle their romance for reasons that remain unclear. The only way this male desperation makes any sense is if it's a power play as well, and the manipulatee is really the manipulator. But I'm not entirely sure, as a viewer, that I'd relish watching Quinn or Rachel get screwed in the non-literal sense of the word.

More likely, based on what "UnReal" has showed us so far, the show seems to be sending the message that Quinn and Rachel's intelligence and ambition alone make them rare outliers in a world filled with beautiful bimbos. The narrative is a dangerous one, turning a male character flaw – questionable taste in romantic partners – into a female one. Wealthy and powerful men don't actively seek out relationships with less intelligent, less formidable women; there are just so few intelligent, formidable women out there? It's the precise message "UnReal" used to challenge, but each week it inches closer toward the very genre it lampoons.