Montel Williams, George Foreman and Oprah and others are skeptical that the BLM rhetoric is productive 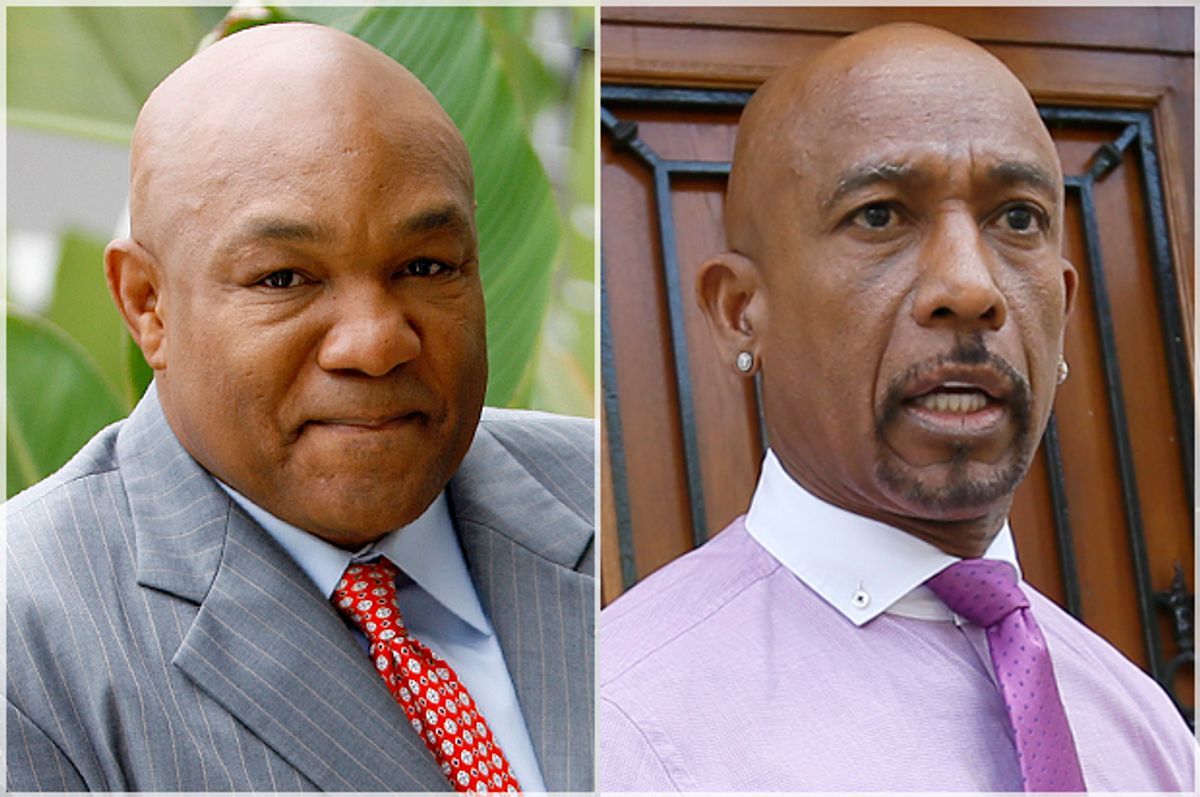 Prominent African-American leaders are calling for less friction and division from the Black Lives Matter movement. From Oprah Winfrey to Montel Williams and George Foreman, these cultural icons are questioning whether the rhetoric and anti-police stances are productive.

Most recently, Williams spoke at a Big Tent Brunch near the Republican National Convention in Cleveland. Before introducing Republican Caitlyn Jenner for a conversation about inclusion and American unity, Williams expressed his frustration with the movement’s genesis:

At the recent FreedomFest, a predominantly libertarian and conservative crowd gathered in Las Vegas, Foreman, a boxing legend and businessman, echoed Williams’ sentiment:

Winfrey last year questioned whether Black Lives Matter had a cohesive agenda and leadership, and more recently her new television show, "Greenleaf", a megachurch drama about a prominent black family in Memphis, Tenn., highlights a mother, the character Gigi, forbidding her daughter from a Black Lives Matter protest. Gigi asks her daughter: “What if the cop is innocent, too?”

Williams, Foreman and Winfrey are certainly of an older generation, and perhaps that undergirds some of the disagreement with the predominantly millennial leaders of the Black Lives Matter protests (a new video produced by the millennial site Mic.com shows young, black Hollywood stars from Rihanna to Beyonce to Alicia Keys calling out police violence).

Richard Ivory — the founder of Hip Hop Republican and a former staffer for Michael Steele, the first black director of the Republican National Committee — noted that religious leaders have been largely uninvolved in Black Lives Matter.

"I think there is a generational divide, but perhaps more glaring is the absence of religious leaders and the black church. In the past, except for a few instances, the faith community helped to provide a moral framework for engaging with the public. BLM lacks this," Ivory said in a statement to Salon.

Yet to Gigi’s question on police: new data from the National Bureau of Economic Research (NBER), published by Harvard economics professor Roland Fryer, just found no real statistical significance between how often police shoot or use extreme force against a black vs. white criminal (reams of additional data synthesized by black writer Jason Riley of The Wall Street Journal suggest similar trends). Data tells us that police believe that black lives matter as much as white lives, according to NBER, because “police officers are utility maximizers, a fraction of which have a preference for discrimination, who incur relatively high expected costs of officer-involved shootings.” In English, there is a subset of racist cops out there, but those few bad apples don’t shoot or kill black suspects more than those of other races because they worry about the backlash.

NBER reiterated that black and Latino men are much more likely to have a non-lethal encounters with police. Typically these run-ins are associated with criminal or suspicious behavior, thus the propensity to commit crime occurs more frequently among non-white populations. However, NBER posits that the frequent run-ins with police could come in part from a downward spiral that creates a cycle of correlation mixing with causation.

“Much more troubling, due to their frequency and potential impact on minority belief formation, is the possibility that racial differences in police use of non-lethal force have spillovers on myriad dimensions of racial inequality. If, for instance, blacks use their lived experience with police as evidence that the world is discriminatory, then it is easy to understand why black youth invest less in human capital or black adults are more likely to believe discrimination is an important determinant of economic outcomes. Black Dignity Matters.”

This is a powerful phrase: Black Dignity Matters, and perhaps using this instead would alleviate Williams’ concerns. Foreman said he was having run-ins with the police, and it was after his cousin told him that he’d never amount to anything--because nobody in their family ever had, she said, ticking through various family members’ failures – that he became furious and wanted to prove her wrong.

But, per NBER, what if Foreman is an exception to this negativity from family members, police and the broader community? If some police are contributing to feelings of discrimination and hopelessness, these are things we can and should fight to alleviate.

A hyper-police state isn’t the answer to making African-Americans feel empowered and equal. Black Dignity Matters, and it seems that Williams, Foreman and Winfrey are wanting to lower the temperature around matters of life and death, not supported by data, and start a thoughtful discussion around positive ways to build bridges rather than walls.

Editor's Note: Following publication of this story, Jonathan Franks, director of government and public relations for Montel Williams, sent Salon the below statement to clarify Williams' remarks in Cleveland:

“Montel’s speech to the American Unity Fund at the Convention should not be interpreted to be a criticism of Black Lives Matter – rather, his point was that we cannot achieve full equality for anyone when we rush to our respective corners and argue about whose life matters more.  From time to time, Montel has questioned certain tactics and messages employed by some in the Black Lives Matter Movement, but without question as a black man in America who is the father of 4 black children, Montel is fully supportive of the core issues Black Lives Matter endeavors to raise, most notably, systemic inequality in the criminal justice system. Montel couldn’t be more supportive of the overwhelming majority of police officers who do their jobs with distinction every day – that is not in conflict with having high expectations of all officers and seeking accountability for the small number of cops who are bad.”