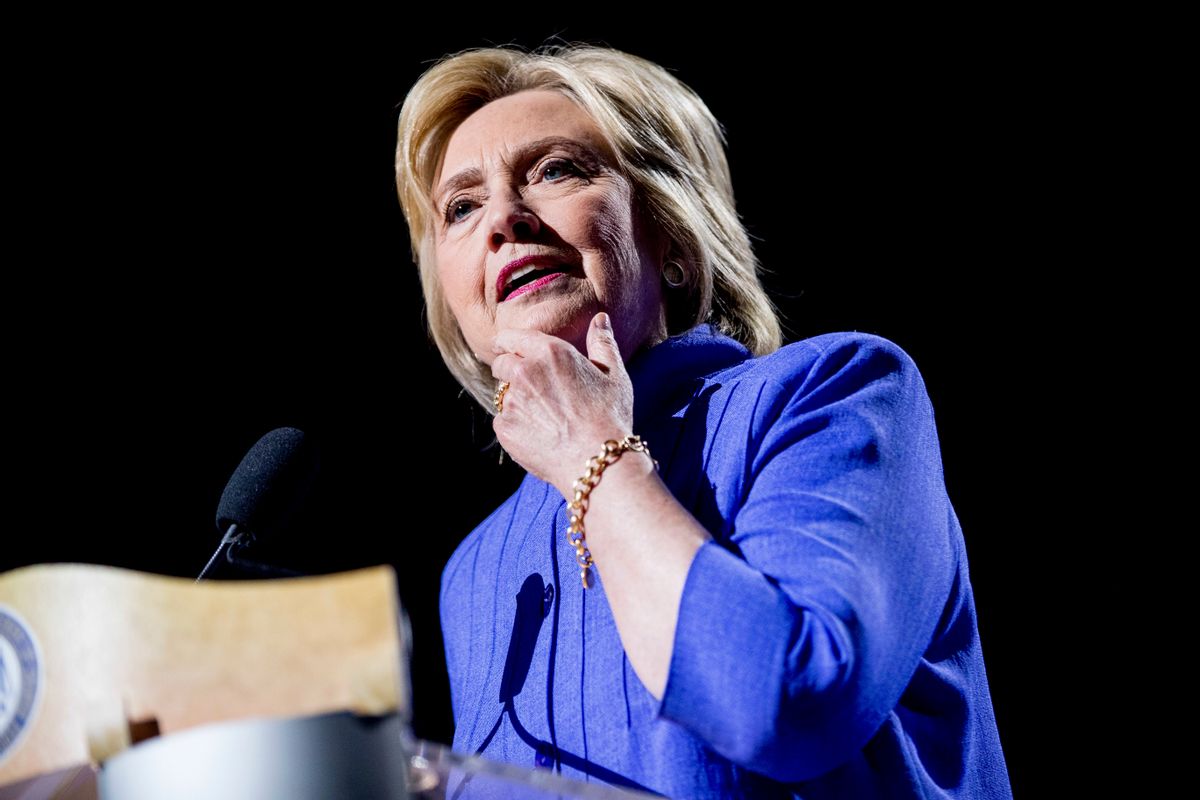 I worry she doesn’t — at least not yet.

A Democratic operative I’ve known since the Bill Clinton administration told me “now that she’s won the nomination, Hillary is moving to the middle. She’s going after moderate swing voters.”

Presumably that’s why she tapped Tim Kaine to be her vice president. Kaine is as vanilla middle as you can get.

In fairness, Hillary is only doing what she knows best. Moving to the putative center is what Bill Clinton did after the Democrats lost the House and Senate in 1994 — signing legislation on welfare reform, crime, trade and financial deregulation that enabled him to win reelection in 1996 and declare “the era of big government” over.

In those days a general election was like a competition between two hot-dog vendors on a boardwalk extending from right to left. Each had to move to the middle to maximize sales. (If one strayed too far left or right, the other would move beside him and take all sales on rest of the boardwalk.)

But this view is outdated. Nowadays, it’s the boardwalk versus the private jets on their way to the Hamptons.

The most powerful force in American politics today is anti-establishment fury at a system rigged by big corporations, Wall Street and the super-wealthy.

This is a big reason why Donald Trump won the Republican nomination. It’s also why Bernie Sanders took 22 states in the Democratic primaries, including a majority of Democratic primary voters under age 45.

There are no longer “moderates.” There’s no longer a “center.” There’s authoritarian populism (Trump) or democratic populism (which had been Bernie’s “political revolution,” and is now up for grabs).

And then there’s the Republican establishment (now scattered to the winds), and the Democratic establishment.

If Hillary Clinton and the Democratic Party don’t recognize this realignment, they’re in for a rude shock — as, I’m afraid, is the nation. Because Trump does recognize it. His authoritarian (“I am your voice”) populism is premised on it.

“In five, ten years from now,” Trump says, “you’re going to have a worker’s party. A party of people that haven’t had a real wage increase in 18 years, that are angry.”

Speaking at a factory in Pennsylvania in June, he decried politicians and financiers who had betrayed Americans by “taking away from the people their means of making a living and supporting their families.”

Worries about free trade used to be confined to the political left. Now, according to the Pew Research Center, people who say free-trade deals are bad for America are more likely to lean Republican.

The problem isn’t trade itself. It’s a political-economic system that won’t cushion working people against trade’s downsides or share trade’s upsides. In other words, a system that’s rigged.

Most basically, the anti-establishment wants big money out of politics. This was the premise of Sanders’s campaign. It’s also been central to Donald (“I’m so rich I can’t be bought off”) Trump’s appeal, although he’s now trolling for big money.

A recent YouGov/Economist poll found that 80 percent of GOP primary voters who preferred Trump as the nominee listed money in politics as an important issue, and a Bloomberg Politics poll shows a similar percentage of Republicans opposed to the Supreme Court’s 2010 Citizens United v. FEC decision.

Getting big money out of politics is of growing importance to voters in both major parties. A June New York Times/CBS News poll showed that 84 percent of Democrats and 81 percent of Republicans want to fundamentally change or completely rebuild our campaign finance system.

Last January, a DeMoines Register poll of likely Iowa caucus-goers found 91 percent of Republicans and 94 percent of Democrats unsatisfied or “mad as hell” about money in politics.

Hillary Clinton doesn’t need to move toward the “middle.” In fact, such a move could hurt her if it’s perceived to be compromising the stances she took in the primaries in order to be more acceptable to Democratic movers and shakers.

She needs to move instead toward the anti-establishment — forcefully committing herself to getting big money out of politics and making the system work for the many rather than a privileged few.

She must make clear that Trump’s authoritarian populism is a dangerous gambit, and the best way to end crony capitalism and make America work for the many is to strengthen American democracy.