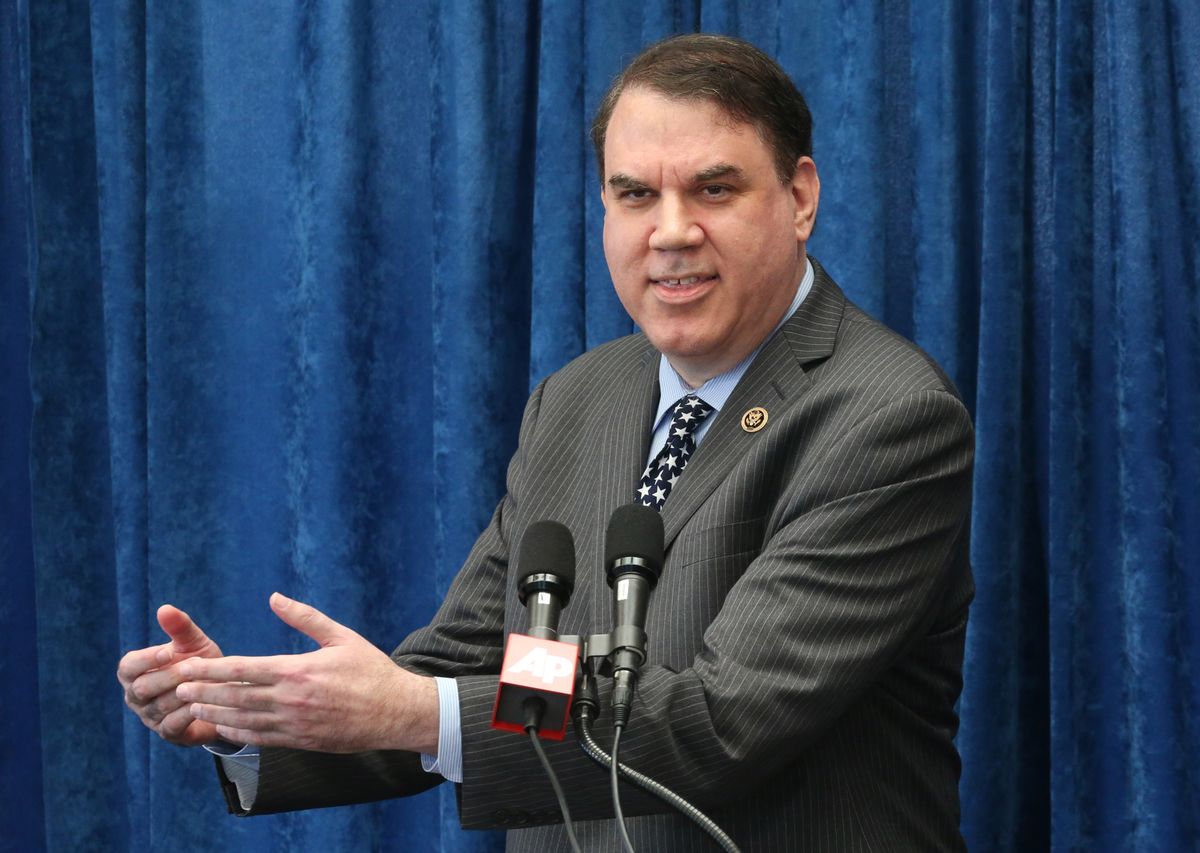 FILE- In this Oct. 14, 2015 file photo, Rep. Alan Grayson, D-Fla. speaks in Tallahassee, Fla. The House Ethics Committee is investigating Grayson, the Florida Democrat who is running for Senate. In a statement on Monday, Feb. 22, 2016, the committee leaders said it is reviewing a referral from the Office of Congressional Ethics and will decide its next step by April 5. (AP Photo/Steve Cannon, File) (AP)
--

The ex-wife of Democratic Rep. Alan Grayson is publicly coming forward for the first time with accusations of domestic abuse against the Florida congressman.

“I want the people to know my story so they know what kind of man Alan Grayson really is,” Grayson told Politico.

In a statement issued through his lawyer, Grayson strongly denied his ex-wife’s allegations. “Lolita is a disturbed woman. She has made on false allegation after another. Her own daughter refutes her,” lawyer Mark NeJame told Politico. “There never has been a witness or any proof whatsoever of her claims. The claims have been so ridiculous that not one time has there even been enough probable cause to bring a charge or an arrest against Alan Grayson.”

But according to police reports provided to Politico, Grayson sought medical attention after incidents of alleged abuse on at least two occasions. Police were called twice to the family’s Virginia home, and twice to the family’s home in Florida. Each time, police were called by Mrs. Grayson. The first call came in 1994, two years after the two were married. In statements to police over the years, Grayson said the congressman threatened to kill her on at least one instance and beat her daily.

In response to his ex-wife's accusations Congressman Grayson, who is caught in a tight Senate primary race against Rep. Patrick Murphy, pointed to 2014 domestic abuse claims against him by Lolita that were dropped after a video taken by one of his staffers indicated that he had not shoved his ex-wife as she had alleged. The three-term House Democrat actually alleges that his former wife battered him in 2014.