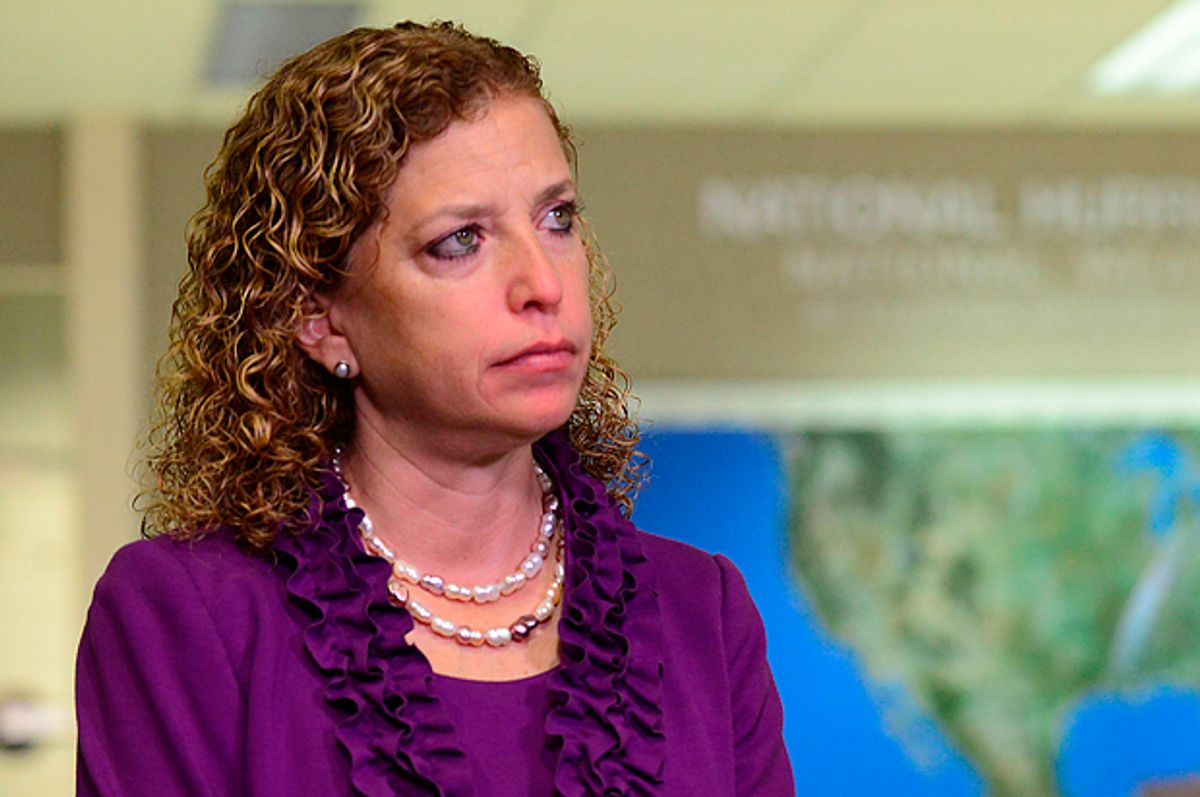 Friends, Romans, countrymen, lend me your ears. I come not to bury Debbie Wasserman Schultz, nor to praise her. So as they say on Twitter, don’t @ me.

No, I’m here mostly to marvel that this at-best-mediocre congresswoman and loyal Democratic Party foot soldier has been tarred in some circles as a Machiavellian schemer yanking enough puppet strings to tick off Ultron. To listen to her enemies, and they are legion, she either manipulated the Democratic primary in Hillary Clinton’s favor on a scale that would pain the conscience of a Tammany Hall ward heeler, or she was such an utter failure that the only reason she hadn’t lost her position atop the Democratic National Committee sooner is because President Obama couldn’t be bothered to take the time to fire her.

By the time Wikileaks dumped those DNC emails obtained by hackers onto the internet last Friday, the writing had long been on the wall for Schultz. Her job performance had occasioned plenty of grumbling. Party committees these days are mostly neglected vessels for fundraising and candidate recruitment for congressional races. Schultz apparently wasn’t bad at the first one and rather awful at the second. Though how much of that was due to her ineptness and how much could be blamed on neglect of the DNC from other party leaders, as documented by journalist Suzy Khimm on Twitter yesterday, is open for debate.

Beyond that, Schultz has chaired the DNC for five years, which is an eternity for a party committee chair. Especially one with another full-time job as a congresswoman. It seems likely she would have been out sooner rather than later even if those DNC emails hadn’t come to light.

A quick digression about the emails. What’s fascinating is that despite the allegations that they showed Schultz and her staff colluding to “rig” the primary for Clinton, the actual content doesn’t really back that up. With a few exceptions, they show the sort of anodyne brainstorming and catty gossip that one finds in interoffice emails everywhere. Sure, there is an evident institutional bias in favor of Clinton. There is defensiveness and gallows humor from people representing a party Sanders spent every day deriding as corrupted and standing in the way of real progress. But it’s a long way from griping on emails to carrying out actions to destroy the Sanders campaign. The available evidence suggests that despite some particular repulsiveness, all this talk, in the end, was just that.

But there is no room for such parsing in the hothouse atmosphere of social media and the protests taking over Philadelphia’s streets as the convention got rolling on Monday. On social media and in the streets, it was as if Schultz was Imelda Marcos and everyone else was backing Corazon Aquino. It is a measure of just how toxic Schultz’s name had become that announcing she would resign her DNC position at the end of the convention wasn’t soon enough. By Monday the Democrats were so determined to bar her from participating at all in Philly that she was reportedly negotiating a plane ticket home to Florida as part of her agreement to rip up her planned speech and disappear.

As part of her exit, the Clinton campaign also announced Schultz would be made an “honorary co-chair” of an effort to help Democrats around the country get elected. Yet even this was quickly interpreted by some Sanders supporters as Schultz sticking around to run the campaign and continue influencing the candidate, a slap in the face and a sign of either tone-deafness or arrogance from Clinton. It was as if Eva Braun, having surrendered to the Russians, was immediately made that nation’s czarina.

In actuality, the Clinton move was a sop allowing a loyal party member to save a little face on her way out the door. That should have been obvious by the fact the word “honorary” was in her new job title. It certainly isn’t a promotion.

This is the weirdness of all the hate directed at Debbie Wasserman Schultz. In the past, Democrats and leftists had actual terrible people doing terrible things we could protest. Even if those people were in reality floundering know-nothings, their arrogance and decision-making was costing lives in an immediate and profound way.

What people are protesting with Schultz, by contrast, is a bog-standard congressional representative. She leans mostly left but is not particularly ideological, and seems answerable mostly to her financial backers, particularly in the rapacious predatory loan industry. If she was trying to “rig” the primary, other than a lousy debate schedule – and it’s impossible to know whether that would have made enough difference to overcome Clinton’s victory margin of 3.5 million votes – she seems to have not done much. (If anyone thinks she prevailed on Secretaries of State to purge voter rolls, especially Republican secretaries, I’ve got a bridge to sell you.)

In short, Schultz is a party hack who got eased out the door with an honorary and pointless new position and a hatchet job in Politico. It’s not as emotionally satisfying for some people as a firing squad, but this country doesn’t do revolutions like that.

Every revolution needs a villain, of course. The fact that Schultz became this one’s would be a lot funnier if it wasn’t so mundane.