Michelle Obama issues full-throated endorsement of "tenacious" Hillary Clinton: "She has never quit on anything in her life" 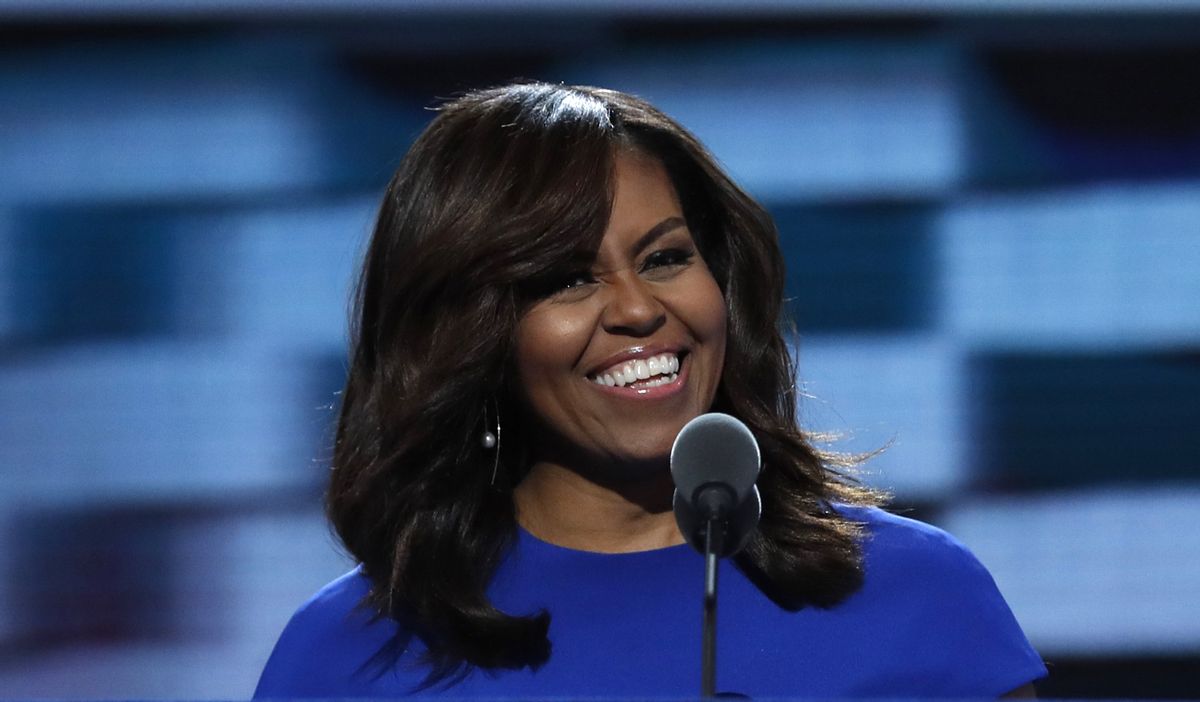 First Lady Michelle Obama took the stage at the Democratic National Convention on Monday to pledge her support for the woman her husband defeated in the 2008 primaries -- and she did so in a powerful and unqualified manner, undeterred by the scandals that are currently plaguing the party.

Unlike the speeches by former primary opponents at the Republican National Convention, which ranged from half-hearted to openly defiant and spiteful, the first lady showed no animus toward her husband's 2008 challenger, beginning by saying "that it's hard to believe it's been eight years since I came to this convention to say why I believed my husband should president."

"Remember how I told you about his character and conviction, his decency and grace," she asked, "the traits we've seen every day since he's been in the White House?" The first lady discussed the difficulties of raising children in the White House, especially when it came to urging "them to ignore those who questioned their father's citizenship or faith. How we insist that the hateful language they hear from public figures on TV does not represent the true spirit of the people of this country. How we explain that when someone is cruel and acts like a bully, we don't stoop to their level."

"I am here tonight there is only one person I trust with the responsibility to be president of the United States," she continued, "and that is our friend -- Hillary Clinton. See, I trust Hillary to lead this country because I've seen her life-long devotion to our nation's children. Not just her own daughter, but every child who needs a champion." She praised Clinton for "doing the relentless, thankless job of making a difference in kids' lives. When she didn't win the nomination eight years ago, she didn't get angry or disillusioned, she didn't get angry, pack up, and go home."

"She proudly stepped up to serve our country once again to serve this country as secretary of state," Obama said, noting that she could easily have begged off and claimed that she was tired of a life of public scrutiny. "But here's the thing -- what I admire most about Hillary is that she never buckled under pressure, she never takes the easy way out. Hillary Clinton has never quit on anything in her life."

"In this election, we cannot sit back and hope that everything works out for the best. We cannot afford to be tired or frustrated or cynical -- between now and November we need to do what we did eight years ago, and four years go, and knock on every door, get out every vote," she said.