Out of the mouths of babes: When street harassment comes from boys, not men

As an adult woman, I know how to deal with strange men who catcall me. But minors are a more complicated story 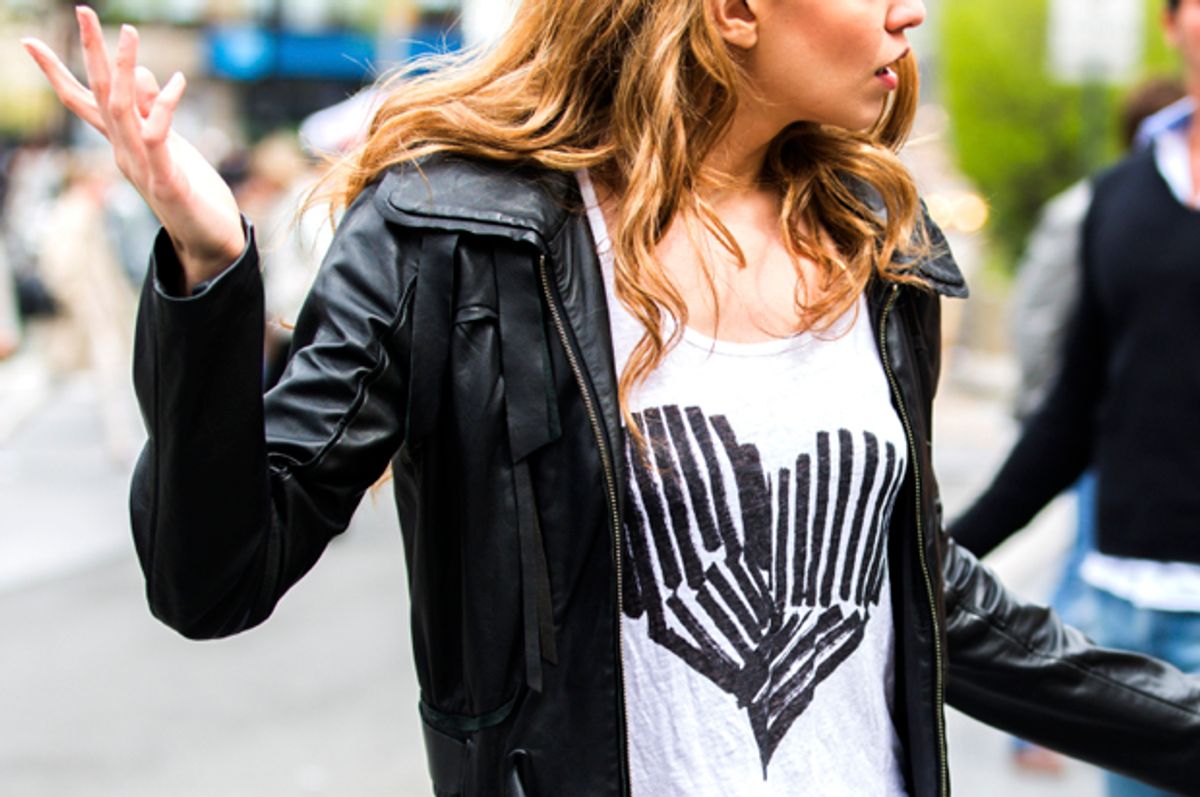 There is no graceful way to tell stories like these. One night last summer, while walking through downtown Evanston, Illinois, alone yet surrounded by people, I felt a hand slip between my legs. As quickly as I could react — “Are you fucking kidding me?” were my exact words — the figure of my assailant was already running down the street. I walked behind him for several blocks, making direct eye contact every time he looked back to measure our distance. Let me tell you something about his face: it was that of a teenager. Like, he was literally a teenager.

When I caught up to him, I said, matter-of-factly, “You put your hand between my legs.” He denied. “You came up behind me, touched me, and ran away.” He called me crazy. “I don’t appreciate you calling me crazy when we both know what happened.” Finally he told me to “chill,” because it was “just a thing for YouTube.”

I’ll never know if this incident really was an Internet stunt, or if it was filmed at all. I do know I was humiliated. That night kicked off what would become a string of gendered harassment from boys significantly younger than me, including catcalls through school bus windows and non-consensual attempts to photograph my body.

Harassment is nothing new in my life. I was barely aged in the double digits during my earliest memories of male drivers honking as they zoomed past me or classmates making sexual comments. Nowadays, I, like many women, endure street harassment on a near-daily basis. Usually the perpetrators are at least old enough to remember the ‘90s.

Our reactions to harassment reflect some composite of how we would like to react, threat assessment, and the feelings triggered in us by the action. How would I like to react to pimple-faced boys who holler at me as I walk by Chipotle where they’re probably eating on their mom’s tab? A heartfelt chat would be nice, in which I don my imaginary therapist cap and ask him why he felt compelled to speak to me in this manner. History is unearthed, pain is laid bare. As he comes to understand how he’s disrespected me, he slowly begins to know his own power. (Realistically, this all takes place while I choke back laughter at the idea of him thinking he knows how to please a girl.)

In an ideal world, there would be no need to nurture men out of their sexist ways to begin with. Yet here we are. In the real world, harassment is commonplace and womanhood is a target. We expect it and, still, we can be caught off guard. If nothing else, harassment from minors startles me because I don’t anticipate it coming from them. But the element of surprise, while enough to stimulate the nervous system, is distinct from true threat.

Harassment is violent in itself, but it is also violent for its suggestion of escalation. The space between “harmless” boundary-crossing and “actual” boundary-crossing is mostly imaginary; women experience this in the split-second between hey beautiful and fucking slut. When I acknowledge the bullshit men sling my way, it is in refusal of silence, because silence feels like submission. I didn’t always operate this way. Growing up, I learned to ignore what I wished not to hear. Expending energy means caring and caring means someone has influence over you. But silence also condones. Silence forgives and conceals and breeds more quiet. So when I choose to be loud, whether through my voice or my body, it is to call out or call the bluff on attempts to make me small.

However, I don’t fear a middle schooler following me home. I don’t look at a 15-year-old dude and think about all the ways he can hurt me. The actions of boys may upset or offend, but they do not threaten me. While boys employ gendered power dynamics in their harassment of older women, it is not the only dynamic at play. Perhaps part of the fun is the very fact that I am an older woman (I’ll get to that later). At the end of the day, though, I’m the grown-up and they are kids. Maybe silence is the sound of the bigger person. Maybe this silence says I believe you’re better than this, but right now, I don’t know how to get you there.

If I am not subordinate, if I am not intimidated, am I really being harassed? What does it mean when a child objectifies you? He and I both know nothing will come of his juvenile efforts. What, to him, is the point? To answer this, we may consider street harassment at large. When a guy asks how I’m doing, baby, is he really inquiring? No. Is he really trying to get to know me? No. When he yells that I have nice legs through the window of his car, does he intend for his advances to lead anywhere? No. He has made it impossible, because he is gone before I can respond. Men approach women on the street to get a rise from us, to send messages to other men, or simply to express their opinions, which they’ve been taught to believe is their right. Likewise, no kid is trying his luck at romance with me. It’s about testing the waters, showing off. These are kids being kids, but they are also boys practicing being men.

We teach masculinity from birth. I have confronted this personally and professionally: A boy in my care, months shy of his eighth birthday, ashamed that a girl beat him at Duck Duck Goose. A 13-year-old, an eldest brother, helping to wheel compost from one end of my farm to the other. “This is man’s work!” he proclaims. “I’m a woman and I do this work all day,” I remind him. Somehow these statements are not incompatible in his mind.

Both as a woman and an adult, I feel responsible for encouraging positive conceptions of gender in youth I interact with, and, sadly, this often means challenging destructive beliefs that have already taken root. But womanhood itself complicates things. We live in a culture that sexualizes female bodies as early as childhood. After years of infantilization, we will be fetishized in our caretaking roles — MILFs, hot teachers, sexy nurses — until we’re perceived as too old to be fertile, when our sexuality, and our authority, become laughable. Consciously or not, boys recognize this. That’s the joke behind harassing women. The joke is we’re the joke.

I’d like to be able to go outside without worries of molestation or verbal abuse or long stares or pet names from mouths of people who have not earned it. I want this for myself; I want it for other women and girls even more. But I also want it for the boy who fears losing to a chick, and the 13-year-old who can only express his pride in a job well done by calling it manliness, and even that teenager from Evanston. When boys act like men in the worst ways possible, it’s because they’ve inherited a legacy of misogyny. They deserve more and so do I. In those moments on the street, I cross my fingers for both of us.

Sarit Luban is a freelance writer in Boston. Her work has appeared at The Washington Post, The Establishment, Ravishly, and more. Follow her on Twitter: @suhreet