50 years of denial: How the American news media enabled the racism of Donald Trump and the Republican Party 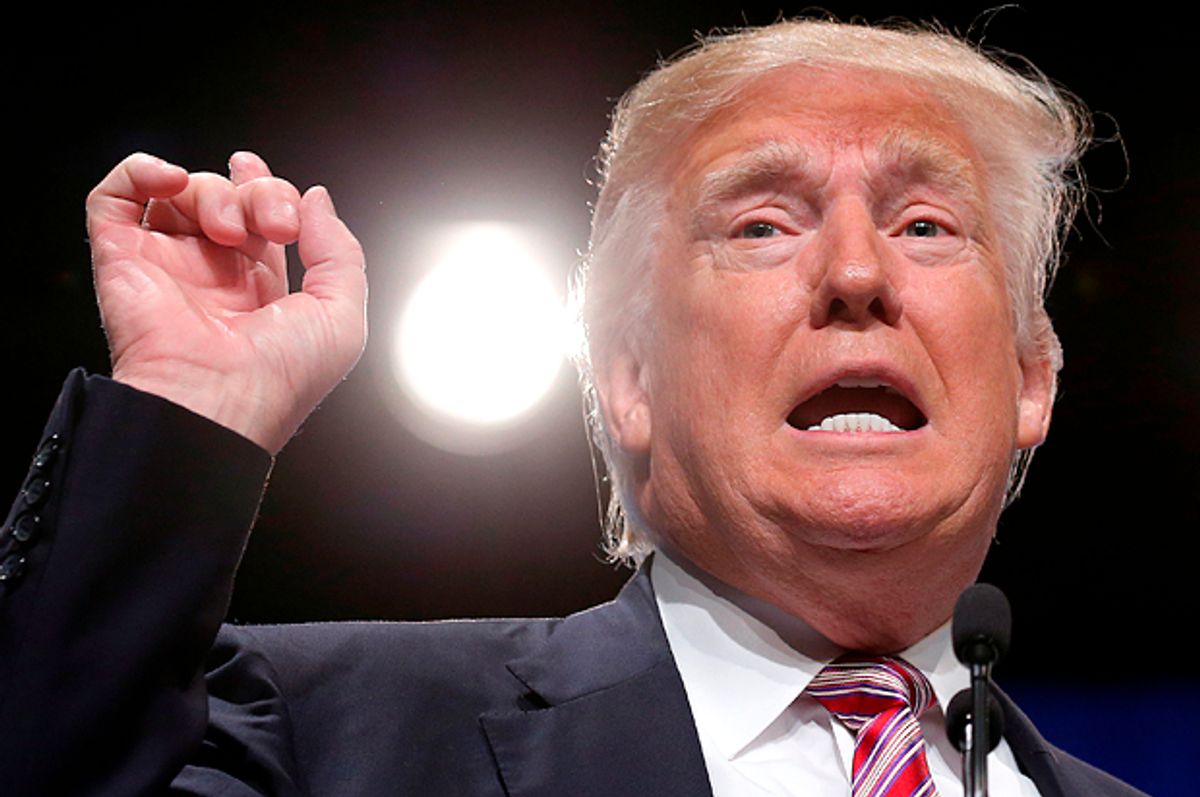 It took four days of unrepentant hate, bigotry, and fear mongering that culminated with Donald Trump’s noxious coronation speech in Cleveland for some in the American news media to finally concede that the Republican Party in 2016 is the United States’ largest white identity organization. They are surprised by what is obvious; the American news media is 50 years late in acknowledging what has been clear for decades.

The American news media is very risk averse. To acknowledge that one of the United States’ two institutional political parties is racist would be too radical an act. Such a claim has also been largely avoided because conservatives have been able to use the myth of the “liberal media” to silence and bully their critics in the Fourth Estate.

As a backlash to the civil rights movement and the black freedom struggle, the American right-wing conjured up a fiction called “reverse racism.” This made any public discussions of white racism somehow “racist” and “unfair.” When white people are transformed into “victims” truth-telling about white supremacy and the color line becomes very difficult if not impossible.

The limits of the approved public discourse emphasize unending progress on questions of “race relations.” To upend and challenge that narrative is impolitic. In this framework, the concepts of white racist “dog whistles” and “coded appeals” may be accepted as true possibilities. However, to connect them to larger questions of systemic and institutional white supremacy, as well as the persistence of “old fashioned” racism in White America, is largely verboten.

As political scientist Robert Smith has exhaustively documented, in the United States, conservatism and racism (largely enabled by language such as “small government”) are intimates in the post-civil rights era.

Republican policies such as voter suppression, efforts to punish the black and brown poor through onerous and ineffective drug testing, the gutting of civil rights laws, assaults on the social safety net, and extreme hostility to human rights groups such as "Black Lives Matter," are further evidence of how the GOP advances white group interests over those of people of color.

The White Gaze glosses over and ignores many of the social inequalities and injustices along the color line in America. Failing to properly report on the dangers posed by the proto-fascist Donald Trump and the racism of the Republican Party is part of a bigger problem with American journalism, specifically, and American culture, more generally.

White privilege is a form of denial and cultivated, willful ignorance. Majority white institutions as well as white individuals manifest this trait. The American news media is not exempt. The power and influence of white identity politics and white racism over the Republican Party in the post civil rights era (and before) has been exhaustively documented by sociologists, political scientists, economists, historians, philosophers, journalists, and other researchers. In finding shock and awe about how the Republican Party is a white identity organization, the mainstream American news media is just demonstrating a refusal to consider abundant and readily available information.

Donald Trump’s repeated use of overt racism against Latinos and Hispanics, Muslims, African-Americans, and First Nations people made it increasingly difficult for the American news media to deny that racism and white identity politics were central to his political quest to be the Republican Party’s presidential nominee in 2016. But again, this behavior is not new among Republicans. As such, it is not a sufficient explanation for why some voices in the American news media are finally acknowledging that the Republican Party is a white identity organization under the bigot-in-chief Donald Trump.

The racist Southern Strategy has guided Republican electoral politics for 50 years. Ronald Reagan began his 1980 presidential campaign by talking about “states’ rights” near the site where three civil rights freedom fighters were martyred by white racial terrorists. “Birtherism” and other white supremacist slurs and fantasies have been fixtures of Barack Obama’s tenure in office as the United States’ first black president. George H.W. Bush used the image of the “big black scary beast rapist” in the form of Willie Horton to scare white voters into supporting him in 1988. Like Nixon, Donald Trump speaks to the (white) silent majority and manipulates their fears of “black crime” and “urban unrest” to mobilize voters.

Yes, Donald Trump was more in artful in his use of racial appeals and white racial resentment than previous Republican presidential candidates. However, the underlying beliefs, strategies, and behavior are none too different.

Ultimately, it was the combination of Trump’s unwillingness to play by the Republican Party’s rules of “polite” racism, mounting empirical evidence about the extreme levels of racial animus among his supporters, and how overt white supremacists and white nationalists have claimed Trump as their champion that was the final tipping point. For the American news media to have continued to deny these realities would have further damaged the credibility of an already beleaguered political institution.

Author Jared Yates Sexton has traveled to numerous Donald Trump political rallies and shared his experiences there in essays at The New York Times and The New Republic. Sexton was present at the Republican National Convention in Cleveland. He describes a scene of hate and bigotry:

Everywhere symbols of hate. Confederate flags. A man dressed in Neo-Nazi paramilitary gear. Shirts and buttons and flags and towels with the most misogynistic pictures and slogans you could imagine. The new economy of intolerance and meanness that only Donald Trump could’ve conjured in 21st Century America.

The 2016 Republican National Convention would climax with Donald Trump’s dark and genius coronation speech. Its themes of racism, fear, and authoritarianism resonated outside the convention center.

Since the end of the 1960s, white supremacists and white nationalists have supported the Republican Party. With the ascendance of Donald Trump, the Republican Party is publicly embracing them back. Their political love no longer has to take place in the shadows or through secret trysts in metaphorical bathhouses or cruising spots.

The Republican Party is now the United States’ largest de facto white identity and white nationalist organization. This did not happen overnight. It took decades to accomplish. This outcome was also not an act of god. Nor was it an accident. The ascendance of Donald Trump, and the racist and nativist politics he represents, was a result of decisions made by elites and other policy makers within the Republican Party and broader conservative movement. This outcome was also enabled by the American news media.

The choice that the American people face in November is between cosmopolitanism with the Democrats or bigotry and racism with Donald Trump and the Republican Party.

And it was an irresponsible Fourth Estate that helped to force such a stark choice and crisis onto the American people.