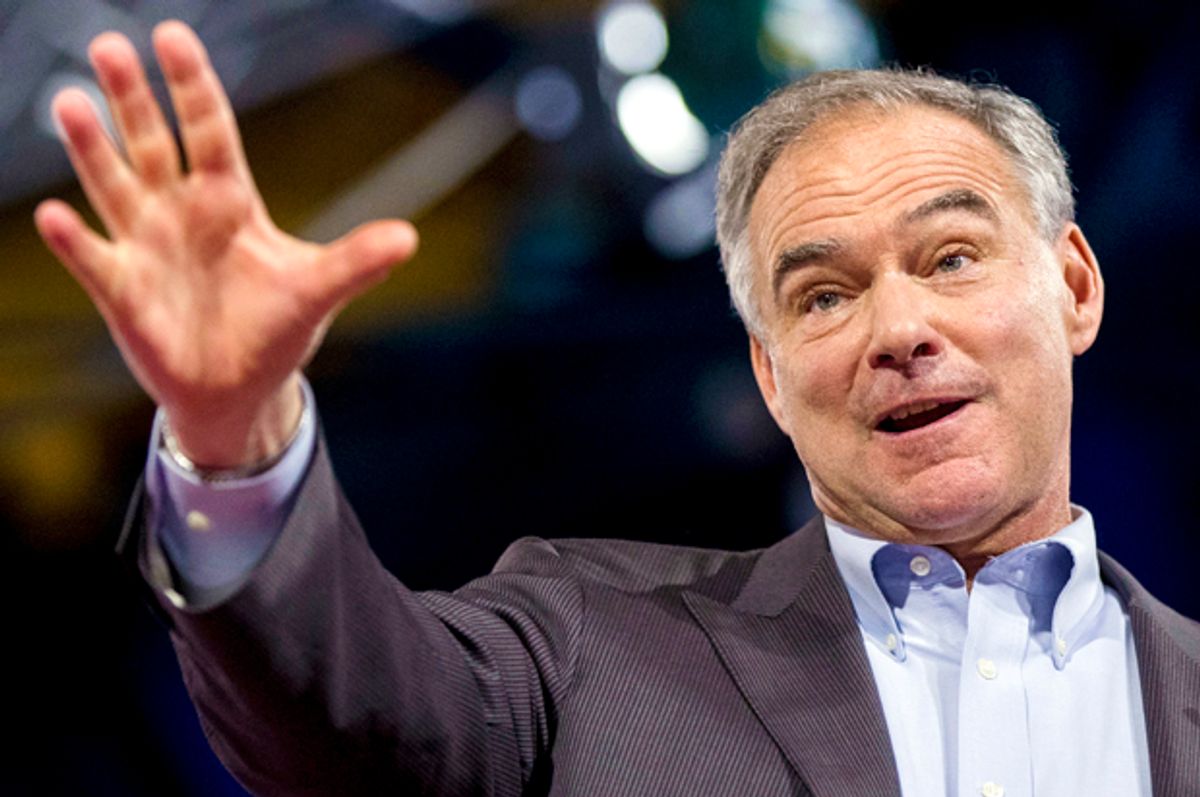 We can be a very stupid country when it comes to politics and languages. Owing to some toxic mixture of American exceptionalism, anti-intellectualism, and good old fashioned fear of foreigners, we’ve often found ourselves in situations where speaking a language other than English can be easily spun as a political liability.

This is especially true of presidential politics, where bilingualism has been twisted into suggestions of un-Americanness. In 2004, Republicans happily mocked John Kerry’s knowledge of French as proof that he was an effete Euro-philic wuss. In 2008, Barack Obama (correctly) observed how embarrassing it is for English-only Americans that multi-language proficiency is commonplace in Europe, and he was attacked by conservatives for disrespecting the proud, monoglot American worker. (After Obama was elected, conservative bloggers speculated as to whether Obama secretly spoke Arabic, because [dog whistle sound].) The current election cycle saw Donald Trump, high priest of the American nativist right, lecturing poor, hapless Jeb Bush for speaking Spanish while in AMERICA.

With that history serving as a depressing backdrop, it was refreshing and actually kind of cool to see Democratic vice presidential nominee Tim Kaine this week giving interviews in Spanish to Univision and Telemundo. He’s not the strongest Spanish speaker, which Kaine himself readily admits, but he has the proficiency and, more importantly, the confidence to actually get out there and politick in a non-native language. That’s impressive, even if its political utility is oversold.

And, as it turns out, Kaine made some tiny bits of news in his Telemundo interview. He repeated Hillary Clinton’s promise to push a comprehensive immigration reform bill in the first 100 days of the new administration. When asked why Latinos should vote Democratic if, with Republican majorities in Congress, the immigration stalemate would continue, Kaine explained his thinking on how a comprehensive reform bill will pass:

KAINE: In the Senate, we have a bipartisan agreement on reforming the system, still. And many of my Republican colleagues are saying that after January, we have to get this reform done, finally. There’s a good number of my Republican colleagues in the Senate who are supporters. In the House of Representatives, it’s a little different, right? But Paul Ryan, the Speaker, understands numbers. He understands votes. November is going to be a sign, a very clear message about the will of the voters. If Hillary is president, her support for immigration reform is going to be one of the most important things in this effort. So, I think she’s going to win, and the voters are going to send a message that we want immigration reform. And Paul Ryan and the other leaders of the Republican Party, they’re going to understand that if they want a future for their party, they have to work to find a solution.

Well, that’s certainly optimistic. The political dynamic Kaine laid out is almost identical to what happened within the Republican Party after the 2012 election. They ran a nominee who ran on “self-deportation” and they got thumped, so the party leaders got together and decided the GOP had to support comprehensive immigration reform to preserve its future political viability, which led to the bipartisan passage of the 2013 Senate reform bill.

Then everything went to hell.

The same nativist impulse that leads conservatives to attack politicians for speaking a language other than English also informs their position on immigration. This is particularly true of the House of Representatives, where the 2013 bill died a slow death by attrition. Paul Ryan and other Republican leaders very well may understand the need to pass reform, but what 2013 showed us is that much of the rest of the Congressional GOP would commit ritual suicide before lining up behind “amnesty.” And those anti-“amnesty” forces were hugely emboldened by the failure of the 2013 bill, which preceded the GOP’s 2014 midterm rout of the Democrats. As far as they’re concerned, opposition to comprehensive reform is the political winner.

Even if there is some political will among the Senate GOP, as Kaine claims, the conditions for passing reform in 2017 will likely be worse than they were in 2013. The 2013 bill passed because the Senate was in Democratic control – only a small number of Republican votes had to be peeled away to defeat a filibuster. There’s a good chance that the Senate will remain in Republican hands after this cycle, even as a number of the blue-state Republicans who would be most likely to back reform go down to defeat. But even if a bill were to make it through the Senate, you can be damn sure that Eric Cantor’s ignominious departure from the House will be fresh in the minds of every House Republican as they worry about their own political futures. They don’t care about the message sent by the 2016 voters, they care about the primary challenger waiting to attack them as pro-“amnesty.”

Maybe I'm being overly pessimistic. Maybe with Donald Trump at the top of the ticket, the GOP will experience so catastrophic a defeat this cycle that it will finally realize just how self-destructive its antagonistic posture towards Latinos has become. But the Republican Party has ably demonstrated that elections and voter mandates have limited influence when it comes to the hidebound positions on immigration. The recent history of comprehensive reform combined with the political ascents of anti-“amnesty” warriors Donald Trump and Ted Cruz don’t leave me with a whole lot of hope that the GOP can be so quickly shaken out of this political dynamic.