Breaking the glass ceiling won't fix the walls and foundation 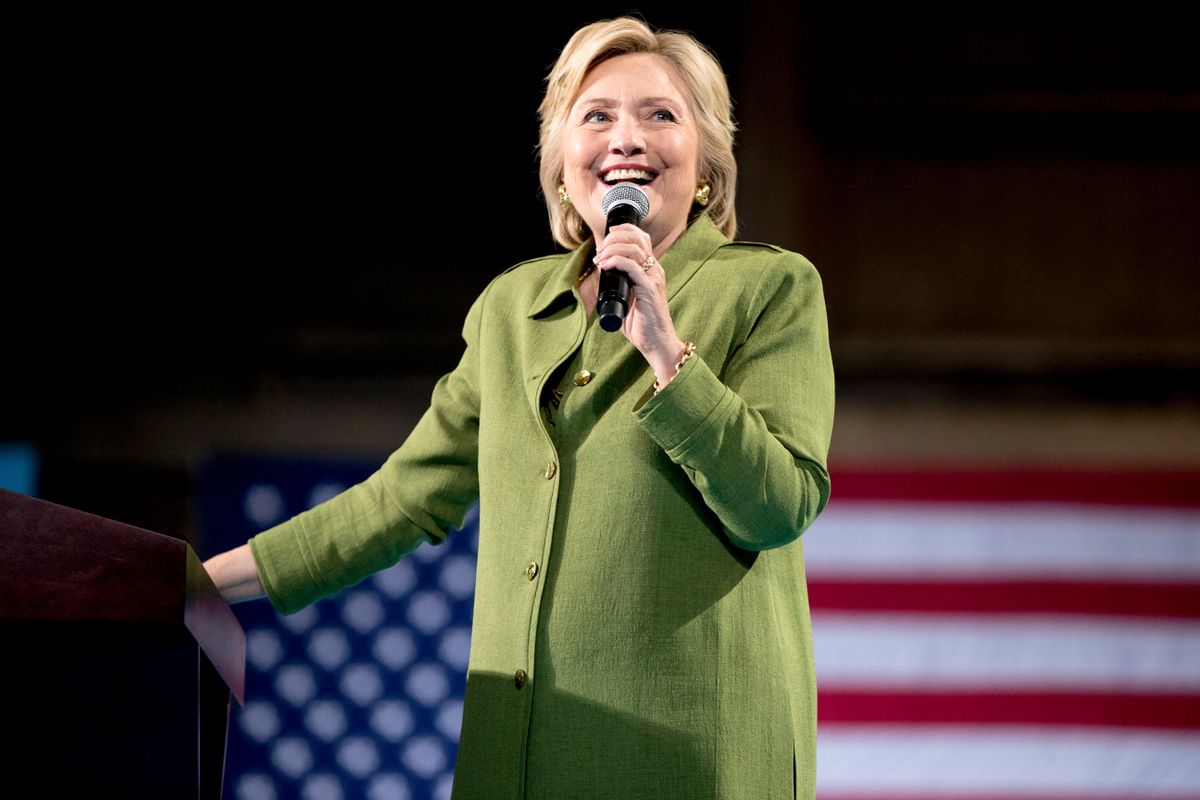 FILE - In this Friday, July 22, 2016 file photo, Democratic presidential candidate Hillary Clinton speaks at a rally in Entertainment Hall at the Florida State Fairgrounds in Tampa. President Obama is joining Clinton’s lineup of high-powered validators from the stage Wednesday night, July 27, 2016, to make the case for electing her in November. Bill Clinton offered a passionate testimonial to his wife on the Democratic convention’s second night. (AP Photo/Andrew Harnik, File) (AP)
--

In a prescient, darkly prophetic lecture at the conservative American Enterprise Institute in 2007, the writer Sam Tanenhaus, biographer of Whittaker Chambers and, soon, of William F. Buckley, Jr., put his finger on American conservatism's original sin: It can’t or won’t reconcile its sincere yearnings for an ordered republican liberty, rooted in civic virtues and national sovereignty, with its devotion to almost every whim and riptide of a new capitalism that's destroying the very virtues and sovereignty conservatives cherish.

Republican vigilance depends on deeply rooted inclinations to get along despite differences, in order to pursue common good and to handle losses in the process without developing longstanding grudges. Such a culture requires seeding and cultivation that free markets don’t provide and that they often subvert, because their very genius in getting certain things done requires them to treat investors and consumers as narrowly self-interested individuals, not citizens.

Instead of facing this tension honestly, American conservatives have blamed liberals for disrupting culture, as David Brooks did after Democratic National Convention’s first night in an open letter to Hillary Clinton in his column for The New York Times. He seems to have learned nothing from Tanenhaus or, apparently, from life, about what today’s capitalism is doing to culture, but some liberals have made blaming like Brooks’ easy when they’ve prospered too well to care very much about the unresolved tension between markets and morals and to be very serious about reconfiguring it. People whom New York City’s conservative comptroller Mario Procaccino called “limousine liberals” in 1969 resorted to moralistic, tokenistic gestures toward “diversity,” championing people of color, women, and, now, gays, who break economic and social structure’s glass ceilings, but don’t reconfigure the collapsing the walls and foundations of economic justice.

Diversity is absolutely necessary to justice, but, as mere drapery, it is absolutely insufficient. A liberalism that waves banners of diversity as a substitute for challenging our economic regime finds itself speechless before conservatism’s own glass-ceiling breakers, such as Prime Minister Margaret Thatcher, Governor Sarah Palin, CEO Carly Fiorina, and gay Silicon Valley venture capitalist and Trump-campaign enthusiast Peter Thiel.

But a purely “materialist” liberalism can’t answer the conservative noise machine of squawkers, apparatchiks, and demagogues who condemn liberalism for the soulless materialism and civic hypocrisy but never condemn the soulless materialism of casino-like financing, predatory lending, and intrusive, degrading marketing that bypass our brains and hearts on the way to our lower viscera and wallets, destroying the civic culture as conservatives cheer the markets and displace the blame.

It’s been nearly a decade since Tanenhaus warned his audience at the American Enterprise Institute against trying to discredit liberalism with "a language of accusations... of treason at home and of leftists who have the same values as Osama Bin Laden." Conservatives have been dining out on such accusations for so long that they’ve forgotten how to cook for themselves and the rest of us and have abandoned the kitchen to Donald Trump. The "blame the liberals campaign" on our streets and on our campuses is losing credibility not because liberals are virtuous but because conservatives haven’t shown their “silent” and “moral” majorities a way out of a materialism, greed and corruption as empty as the Marxist materialism of their nightmares.

Conservatives who invoke the entrepreneurial capitalism of Adam Smith — he wrote not only "The Wealth of Nations" but also "The Theory of Moral Sentiments"  — replaced government “make-work" programs with a non-response to Hurricane Katrina so horrifying that it left the private security contractor Blackwater patrolling New Orleans. They’ve countered the "Vietnam syndrome" with the worst foreign-policy blunder in American history. Beneath their civic chimes and patriotic bombast, the civic republican spirit writhes in silent agony, forsaken by conservatism itself.

Tanenhaus pleaded for a conservatism balancing individual autonomy with civic virtue. He credited "my hero Bill Buckley" with driving anti-Semitic and other extremists from the movement. But a balanced society, like a balanced person, strides on both a “left” foot of social education and provision (and of the village that raises the child, as a certain prominent liberal has put it), without which conservatives' cherished virtues couldn't flourish — and a “right” foot of irreducibly individual freedom and responsibility, without which even the best-intentioned liberal social engineering would turn persons into clients, cogs or worse.

Achieving that balance may require religious faith or a new civic-republican national myth, neither of which a liberal-capitalist republic alone can create. Conservatives charge, rightly enough, that liberals have forgotten that sublime truth and over-emphasized materialistic public provision, swelling the left foot and hobbling everyone's stride.

But most of the social mayhem now rising around us is driven by the seductions and stresses of public decay under a capitalism that’s no longer tempered by Adam Smith’s moral sentiments but that is occasionally still challenged by “liberal education,” which conservatives assail whenever it suggests that "economic violence" does exist and disrupts the village that raises the child.

Totalitarian anti-capitalism was so brutal and duplicitous two generations ago that the “Free World” embraced a taboo against criticizing capitalism at all. But today’s casino-like, predatory, intrusively degrading capitalism has degraded even that taboo by ruining social equality and republican habits of the heart — and doing it mindlessly as much as malevolently.

What might stop it? Materialist, “glass-ceiling” liberalism won’t. Materialist, “free-market” conservatism won’t. The reigning neoliberal synthesis of those approaches won’t. Nor will mere preaching or hand-wringing about “materialism” itself. The closest thing to an answer, as far as I can see, comes from the earliest American civic-republican wellsprings, going back to the Puritan founding of the Commonwealth of Massachusetts, which Elizabeth Warren now represents in the U.S. Senate.

Puritans insisted that the world isn't flat, as neoliberal global capitalists often contend, but that it has abysses that open unpredictably at our feet and in our hearts, and that Americans need coordinates and a vocabulary to plumb those depths, face the demons in them and in themselves, and sometimes even to defy earthly powers in the name of something higher.

I’ve sketched those coordinates in DEMOCRACY journal and in the Atlantic. How ironic that Bernie Sanders, no Puritan believer but a prophet of our civic destiny, seemed to have at least some of those coordinates more clearlyin mind than anyone else who  ran for president this year. Defeating Trump is the overriding imperative now, but, so far, it's eclipsing clarity about what Hillary Clinton's alternatives are. An important article about her consultations with the progressive Roosevelt Institute poses the challenge. Can she persuade Americans this week that she's gone beyond neoliberalism, identity politics and cultural sermons?