The vice president lent a measure of empathy to Hillary, and tore the hide off Trump, in a valedictory DNC speech 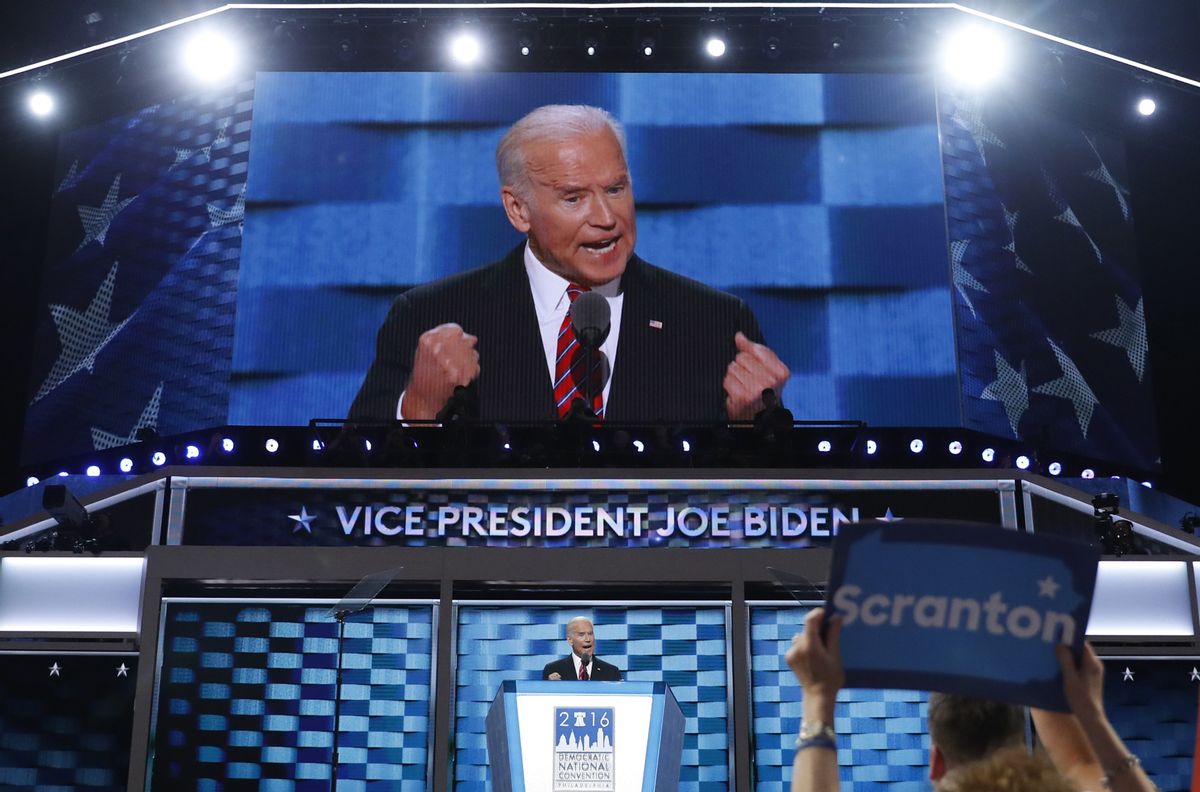 We’re getting near the end of Joe Biden’s four decades in public life. He’s still vice president, of course, and he’s going to be out on the campaign trail for the next few months campaigning for Hillary Clinton, but this is the big wind down for Biden. He opted not to mount his own 2016 campaign, which means the Democratic National Convention was likely Biden’s last big moment, the last time he’d have the national stage all to himself with the entire party tuning in to hear him speak.

There was no escaping the valedictory trappings of Biden’s remarks Wednesday night. His speech was preceded by an introduction video that went over all his greatest hits as a senator and VP, with clips of Biden speaking out against apartheid, urging an end to ethnic cleansing in Bosnia, advocating for cancer research, and speaking about the loss of loved ones. It was the condensed version of what this convention would have likely been about had Biden run and won the nomination.

The first half of Biden’s speech was extremely Biden-y – an empathetic and solemn feel-gooder about overcoming the trials and difficulties of life. It was an homage to the hardscrabblers: teachers, soldiers, the poor. “These are the people that are the heart and soul of this country,” he said, very Bidenly. This projection of empathy is one of Biden’s strongest political talents. You’d be hard-pressed to find a more earnest political communicator – watch this 2012 video of Biden speaking to the Tragedy Assistance Program for Survivors about the deaths of his wife and daughter to get an idea of what I mean. His greatest strength has always been the idea that Joe Biden “gets it.”

In his speech on Wednesday night, Biden transferred the “gets it” mantle to Hillary Clinton. “Everybody knows she is smart. Everyone knows she is tough. But I know what she is passionate about. I know Hillary. Hillary understands. Hillary gets it.” He did this in part to build up the Democratic nominee, and also to set up the second half of his speech, in which Biden stripped the flesh off of Donald Trump,

“His cynicism is unbounded,” Biden said of Trump. “His lack of empathy and compassion can be summed up in that phrase he is most proud of making famous: ‘You’re fired.’” Setting himself as the paragon of middle-class values (“I’m called ‘Middle-Class Joe’”), Biden blasted Trump’s populist affect: “This guy does not have a clue about the middle class. Not a clue.” His message was simple: Trump is the anti-Biden.

The attacks only grew sharper from that point. “No major party nominee in the history of our nation has ever known less, or been less prepared to deal with our national security,” Biden said. Trump’s exploitation of fear is “not who we are” and “betrays our values.” Biden blasted Trump as “a man who seeks to sow division in America for his own gain and disorder around the world, a man who confuses bluster with strength.” His blistering takedown of Trump’s unpreparedness and moral vacuity were paired with a rah-rah call to patriotism: “The 21st century is going to be the American century. Because we lead not only by example of our power, but by the power of our example. That is the history of the journey of Americans. And God willing, Hillary Clinton will write the next chapter in that journey.”

This is the Biden we can expect to see on the campaign trail as he takes this same message of empathy, middle-class appreciation, and flag-waving patriotism to a subset of voters that Democrats would very much like to win back to their cause: working class whites. Biden said as much on MSNBC on Wednesday morning. “I think the Democratic Party overall hasn't spoken enough to those voters,” he explained. “That’s why I’m going to be living in Pennsylvania, Ohio, Michigan” until Election Day. Three more months of telling working-class voters that Middle-Class Joe “gets it.”