Trump escalates his war with the press: Washington Post reporter barred from Mike Pence rally, patted down by police 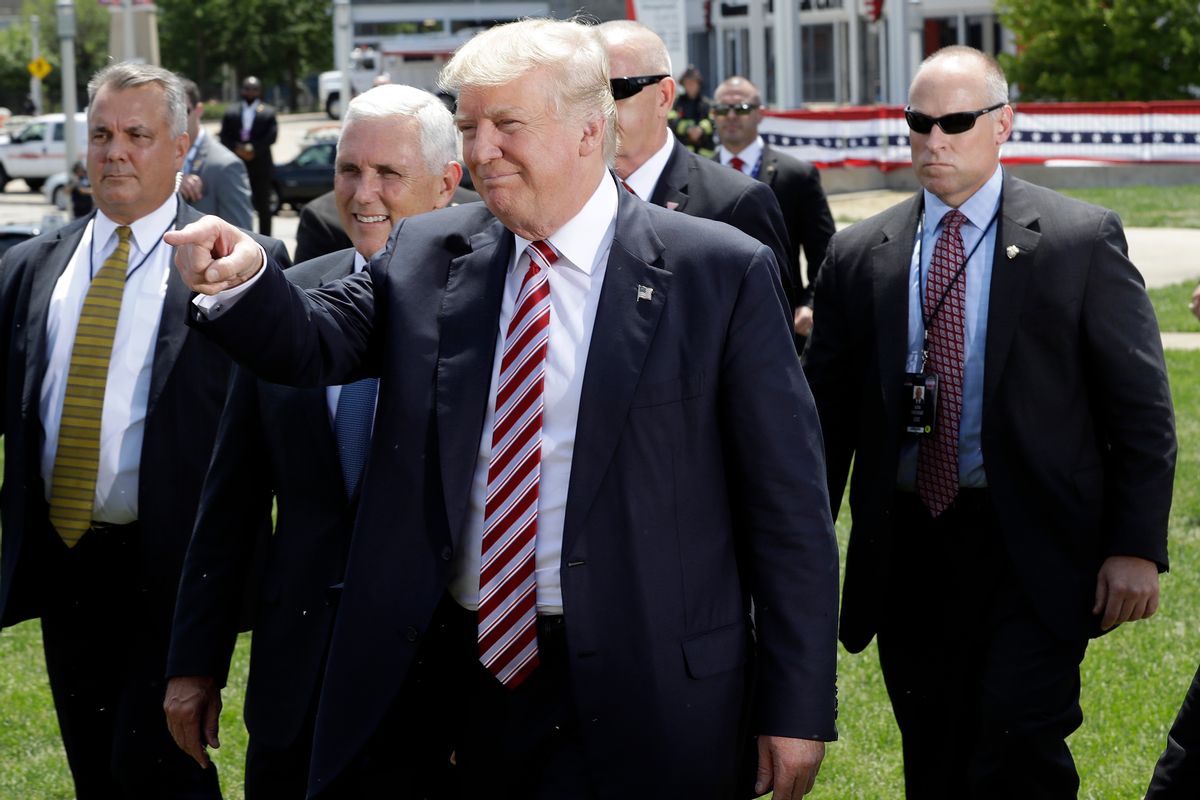 Donald Trump's on-again, off-again war against the Washington Post appears to have escalated dramatically this week.

According to the Post, one of its reporters claims to not only have been barred by a campaign rally for Trump running mate, Indiana Governor Mike Pence, but patted down by local sheriffs. Jose A. DelReal, a 2016 campaign reporter covering the Trump campaign, claims he was not allowed to enter Pence's first public event as the Republican vice-presidential nominee in Wisconsin Wednesday night.

When DelReal showed up at a press check-in table the Waukesha County Exposition Center outside Milwaukee he was turned away. The Post, which confirmed the incident, explains what took place next:

DelReal then tried to enter via the general-admission line, as Post reporters have done without incident since Trump last month banned the newspaper from his events. He was stopped there by a private security official who told him he couldn’t enter the building with his laptop and cellphone. When DelReal asked whether others attending the rally could enter with their cellphones, he said the unidentified official replied, “Not if they work for The Washington Post.”

After returning to his car to drop off both his cellphone and laptop, the reporter returned to the rally only to be turned away once again -- this time after first being patted by the police:

After placing his computer and phone in his car, DelReal returned to the line and was detained again by security personnel, who summoned two county sheriff’s deputies. The officers patted down DelReal’s legs and torso, seeking his phone, the reporter said.

When the officers — whom DelReal identified as Deputy John Lappley and Capt. Michelle Larsuel — verified that he wasn’t carrying a phone, the reporter asked to be admitted. The security person declined. “He said, ‘I don’t want you here. You have to go,’ ” DelReal said.

The security guard wouldn't give the reporter his name and denied DelReal's request to speak to a campaign press representative, according to the reporter.

According to the Post, a Pence campaign official blamed DelReal's treatment "on overzealous campaign volunteers."

“It sounds like they misinterpreted what they were supposed to be doing,” the unnamed official said. “This is not our policy.”

In a statement, Pence press secretary Marc Lotter said, “Our events are open to everyone, and we are looking into the alleged incident.”

But, as the Post notes, this is very much in line with the Trump campaign's treatment of reporters -- and not just those from the Post:

In June, Politico reporter Ben Schreckinger was ejected from a Trump event in San Jose by a campaign staffer and a private security guard after he tried to cover the rally without the campaign’s permission. In February, a photojournalist from Time magazine, Christopher Morris, was roughed up by a Secret Service agent as journalists rushed to cover a protest at one of his rallies. And Trump’s former campaign manager, Corey Lewandowski, yanked and bruised the arm of a reporter for Breitbart News, Michelle Fields, when she tried to question Trump after a speech in March.

Post Executive Editor Martin Baron, unsurprisingly, reacted to news of DelReal's treatment by calling it out as an escalation of Trump's "harassment of an independent press."

“First, press credentials for The Washington Post were revoked by Donald Trump,” he said. “Now, law enforcement officers, in collusion with private security officials, subjected a reporter to bullying treatment that no ordinary citizen has to endure. All of this took place in a public facility no less. The harassment of an independent press isn’t coming to an end. It’s getting worse.”