"I'm a conservative," Barber said, "because I work to conserve a divine tradition that teaches us to do justice" 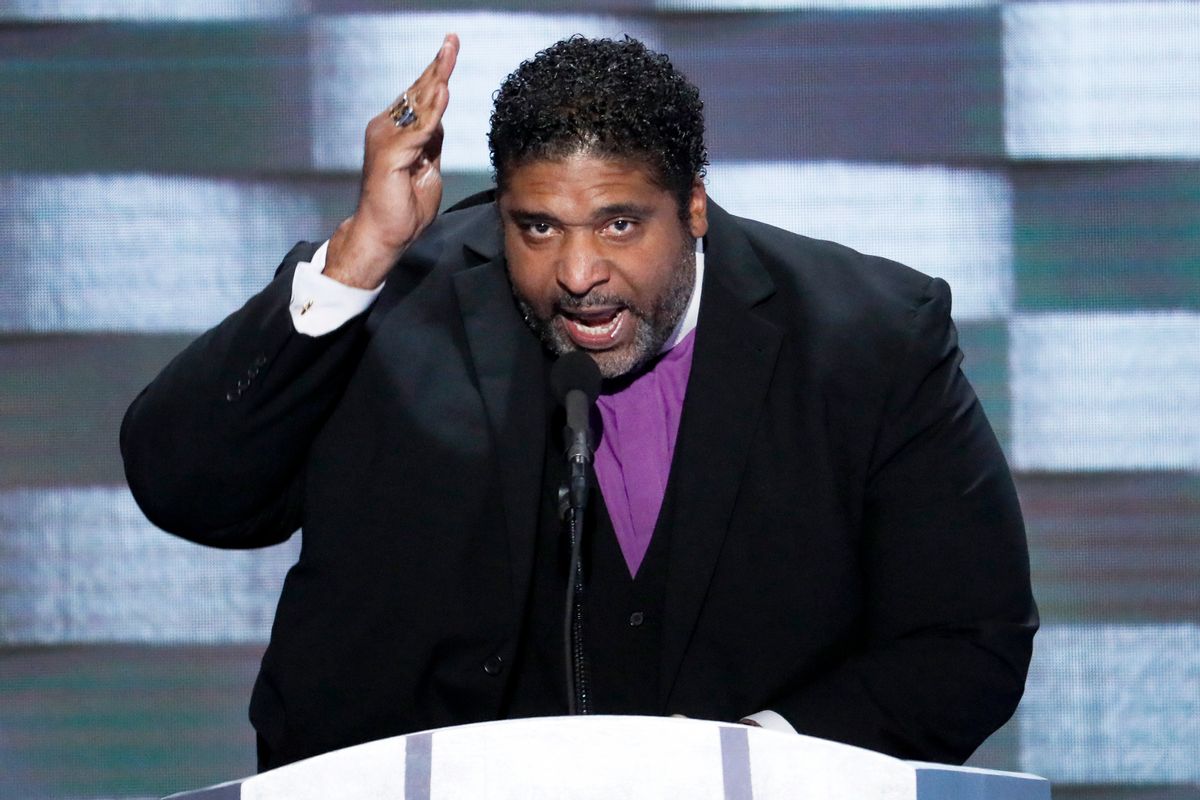 Civil rights activist Reverend Dr. William Barber II brought down the house with his sermonic speech on the fourth night of the Democratic National Convention on Thursday. Heavily referencing scripture, Barber pleaded with Americans to practice racial and ideological inclusion.

"I don't come tonight representing any organization," Barber said. "But I've come to talk about faith and morality ... I know it may sound strange, but I'm a conservative because I work to conserve a divine tradition that teaches us to do justice, love mercy, and walk humbly with our god."

Barber said he's concerned with "people who say so much about what God says so little, while saying so little about God says so much."

"In my heart, I'm troubled," he said. "And I'm worried by the way faith is cynically used by some to serve hate, fear, racism, and greed ... And when religion is used to camouflage meanness, we know that we have a heart problem in America."

"I say to you tonight that some issues are not left versus right or liberal versus conservative," he added. "They are right versus wrong."