In what is quickly becoming the age of Prime, why do investors still hate Amazon?

The company reported record results for the third straight quarter, but the market simply shrugged 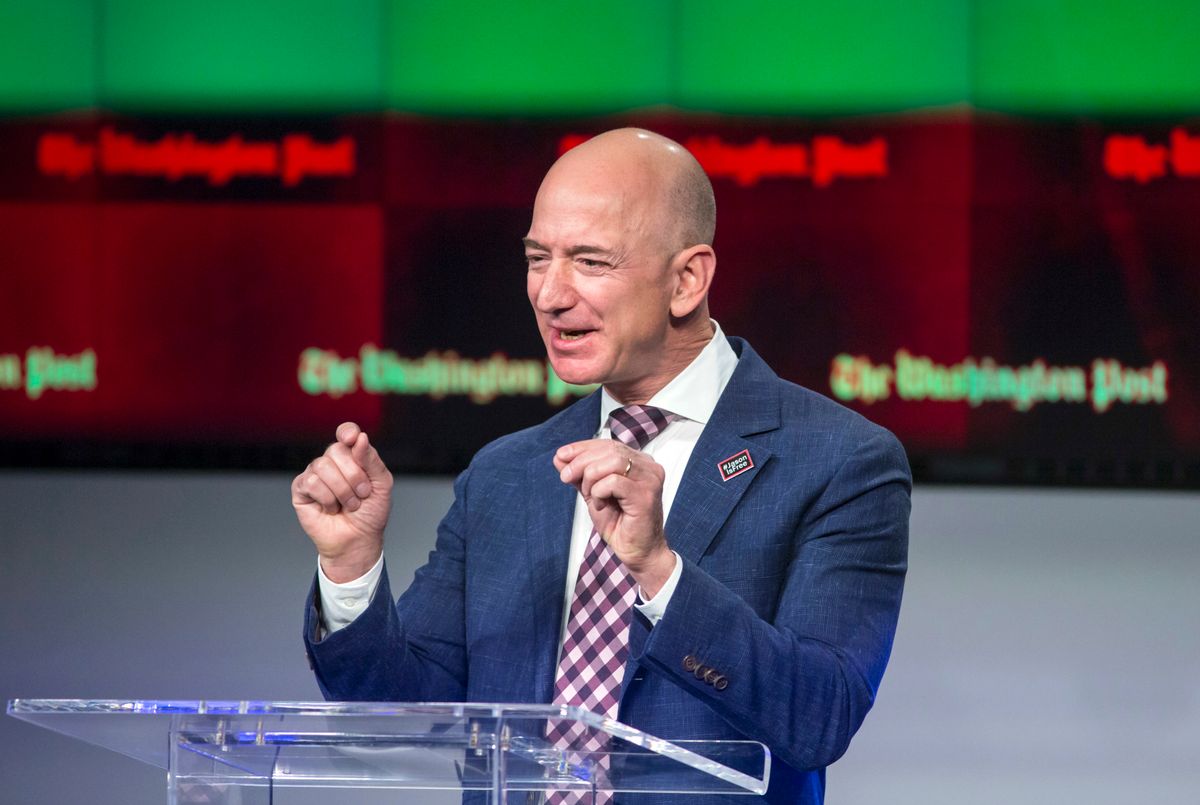 FILE - In this Jan. 28, 2016, file photo, billionaire Amazon founder and Washington Post owner Jeff Bezos talks about the history and character of the Post during a dedication ceremony for its new headquarters in Washington. Presumptive Republican presidential nominee Donald Trump told Fox News in an interview on May 12, 2016, that Bezos was using the Post to help Amazon avoid taxes. (AP Photo/J. Scott Applewhite, File) (AP)
--

For the first 20 years of its existence, Amazon was a difficult company to appraise. It increased its dominance of online retailing without actually making a profit, banking on future market shares being worth more than cash at hand -- and its strategy worked.

That dominance has not translated into its stock prices, however, as even now investors seem unsure how to evaluate Amazon's business model -- or refuse to trust its CEO. Despite reporting on Thursday that its second quarter revenue was up 31 percent to $30.4 billion, and its net income was up 835 percent to $857 million, Amazon's stock only rose 2.2 percent, far below what experts would expect with such gains.

Forbes' Peter Cohan argued that the reason for this low valuation could simply be that investors want the company to focus on its most profitable commodities -- Amazon Web Services and, perhaps, Prime -- instead of following CEO Jeff Bezos and continuing to invest heavily its own infrastructure.

"It invests capital in warehouses, inventory, delivery networks, and computer systems that give it the ability to keep prices low and spread those fixed costs over a huge number of orders," Cohan wrote. "Amazon also keeps inventing new products and services that it can sell customers to increase even more the number of orders over which it can spread those fixed costs."

This philosophy is reflected in the company's earning statement, which focused on Amazon's investment in Alexa and its third-party apps; the introduction of an all-new Kindle; the success of the Amazon Dash Button; and the critical acclaim for Amazon Studios' original programming.

Of more interest to investors, Cohan suggested, would be the launch of Amazon Prime in India or a more comprehensive account of how the company plans on capitalizing on Prime's increasing market share.

As Michael Levin, co-founder of Consumer Intelligence Research Partners, told Quartz's Alison Griswold, "Amazon talks about [Prime] as a principal driver of success, with just about every financial release talking about new benefits, new programs, or how much better Prime has done -- yet, Amazon doesn’t elaborate in a way that investors can use, and specifically that investors can incorporate into forecasting models."