Welcome to the East Side: How Clinton and Kaine can make Youngstown a call for unity 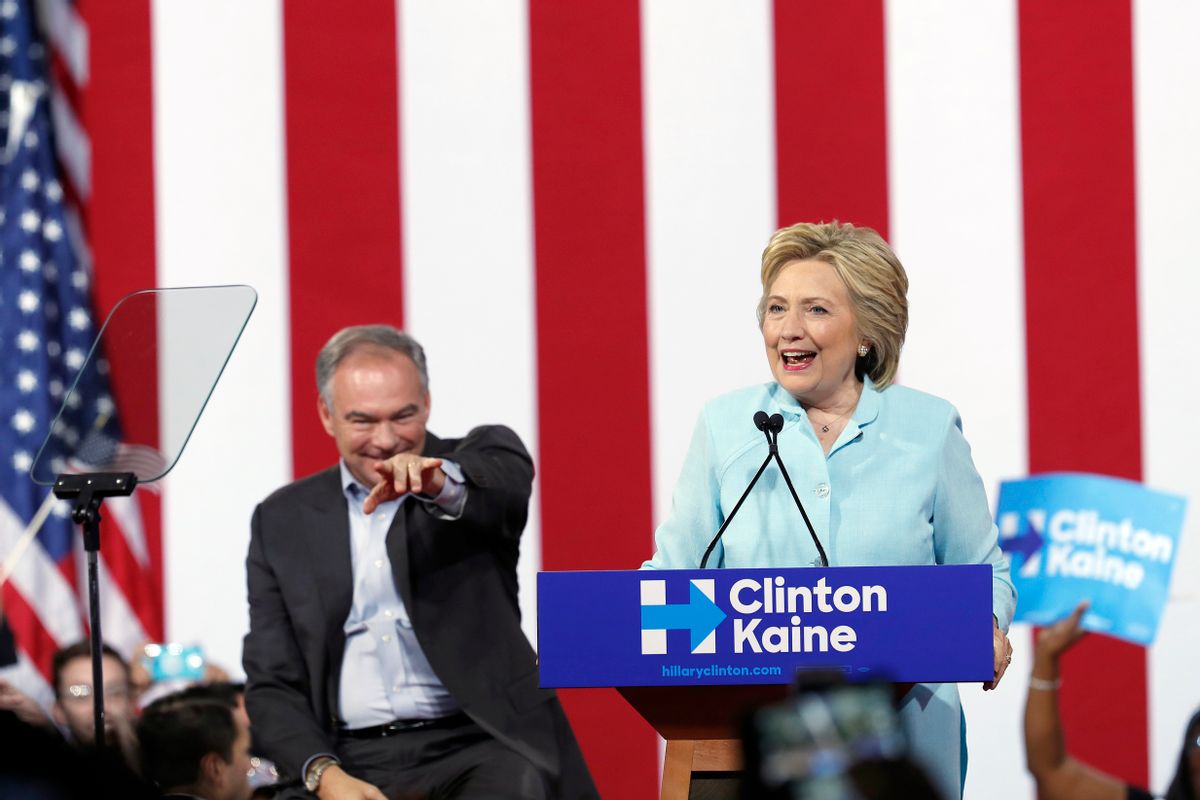 On Monday, the Clinton campaign announced it would kick off its post-convention run to Election Day with a bus tour through the Rust Belt of Pennsylvania and Ohio, including a stop today in Youngstown, Ohio.

Most commentators will read the tour as an effort to reach out to white working-class voters in de-industrialized areas that have suffered as a result of trade policy. They will focus on how Clinton finesses her past support for trade deals and her newfound rejection of the TPP.

They will also note the challenge Clinton faces in a community that has long been a Democratic stronghold. In the Ohio primary, Youngstown gained national attention when more than 6,000 Democrats switched their affiliation and 21,801 voters without party affiliation voted Republican — most of them for Trump.

But reporters and pundits might well miss parts of the Youngstown story, simply because they aren’t familiar with the local landscape.

As in real estate, in politics location matters. That’s why Clinton held a campaign event in March at M7 Technology, a local company that provides technical support to heavy industry, located on the site of the former U.S. Steel Ohio Works, one of the city’s iconic former steel mills. She also had a beer in a downtown bar with local Rep. Tim Ryan, who has worked hard to secure federal funding to support high-tech business development in the region. Clearly, Clinton’s campaign staff recognizes that Youngstown is a poster child for de-industrialization, but they also want to emphasize recent efforts to revitalize and the role of federal government funding in rebuilding a local economy that is still struggling decades after the steel mills closed.

The Clinton campaign could use the setting to remind voters that economic inequality is not a white issue.

But today, Clinton and her running mate, Sen. Tim Kaine (D-VA) will speak at East High School, located in a very different part of town. For Youngstown as a whole, the poverty rate is just over 40 percent, and many of the neighborhoods with the highest rates are on the East Side. That reflects the city’s racial breakdown. While 54 percent of the city’s population is black or Latino, on the East Side, people of color make up 80 percent of the population. Youngstown has major problems with vacant properties and population loss. City planners identified parts of the East Side as “not viable” in the Youngstown 2010 Plan, and they hoped to persuade some long-time residents to move out so that the city could stop providing services in those neighborhoods — an effort that has largely failed. As a whole, Youngstown is battling a host of problems, including long-term economic hardship and racial divisions. And all of that is even more visible and significant in the neighborhood that Clinton and Kaine will visit today.

Does the choice of venue reflect the campaign’s interest in wooing lower-income African-American and Latino voters? Or perhaps it reflects an understanding that Youngstown’s story is not just about de-industrialization or the hope of high-tech saviors? Or maybe East High was simply the best venue available? It’s hard to know. But regardless of the rationale, today's rally offers Clinton and Kaine opportunities to address two key issues.

First, the Clinton campaign could use the setting to remind voters that economic inequality is not a white issue. De-industrialization in Youngstown hurt its African-American and Latino workers even more than whites. Many minority workers had gained an economic foothold in the mills just a decade or so before the mills began to close — the result of a consent decree that required both steel companies and unions to provide equal opportunities for workers of all races to gain access to better jobs within the mills. Speaking at East High School, Clinton and Kaine could challenge the by-now familiar story of the displacement and resentment of white working-class voters. While the Trump campaign encourages white working-class voters to blame “others” for their woes, the Clinton campaign could remind voters that economic struggle is a shared problem. They could also encourage unity in a community that has long been divided along racial lines.

At the same time, the East Side venue may remind the campaign and some commentators that in order to win in November, the Clinton campaign not only has to persuade economically struggling whites to recognize their common ground with people of color. After all, in 2008 and 2012, the white working-class vote in Ohio went Republican. Ohio went for Obama because of African-American and Latino voters. To win Ohio in 2016, Clinton needs to appeal to those same voters, and East High School is a great place for her to begin that outreach.

Clinton could also use the story of the Youngstown City Schools to challenge the idea that privatization is the answer for public education.

Second, the campaign could draw attention to the way inequality and politics play out in public education. The Youngstown City School District has among the lowest performance ratings for the State of Ohio, and within that struggling district, East High has the lowest ratings, with just 64.3 percent of its students graduating in four years. The school’s performance reflects the poverty and stresses of its community, of course, but its future is being shaped by state politics.

Like many urban school districts, Youngstown City schools were hurt by the Republicans’ focus on cutting taxes rather than on serving the people. Ohio’s austerity measures required the school district to rely on local school taxes, even as the city’s population declined. This amounted to defunding of public education in a community where good schools were more important than ever.

In 2015, Republican Gov. John Kasich and the Republican-dominated legislature took over the city school district under a bill that gave a state-appointed commission the authority to close schools or hand over their management to for-profit companies. The takeover disempowers the local community, and it reflects the Republicans’ faith in private solutions to public problems. Speaking at East High School gives Clinton a great opportunity to talk about the importance of education and the value of community involvement, but she can also use the story of the Youngstown City Schools to challenge the idea that privatization is the answer for public education. She might have point out that most of the existing charter schools in Youngstown earn Ds and Fs on Ohio’s Public School Report Cards, even though they all receive more state funding per pupil than do non-charter schools in the district while often spending less of that funding in the classroom.

No doubt Clinton and Kaine face an unexpected challenge in the Mahoning Valley, a community where Democrats could once count on fairly easy wins. But they can do more with this visit than tout their concern for disaffected white working-class voters. They can draw attention to the shared pain of economic inequality, advocate for education and opportunity, and challenge the idea that business (or a successful business executive) can solve America’s problems.