Bernie’s big lesson: Socialists should occupy the Democratic Party, not abandon it

Now that the trail has been blazed, the next step for Bernie supporters is to take over the Democratic Party 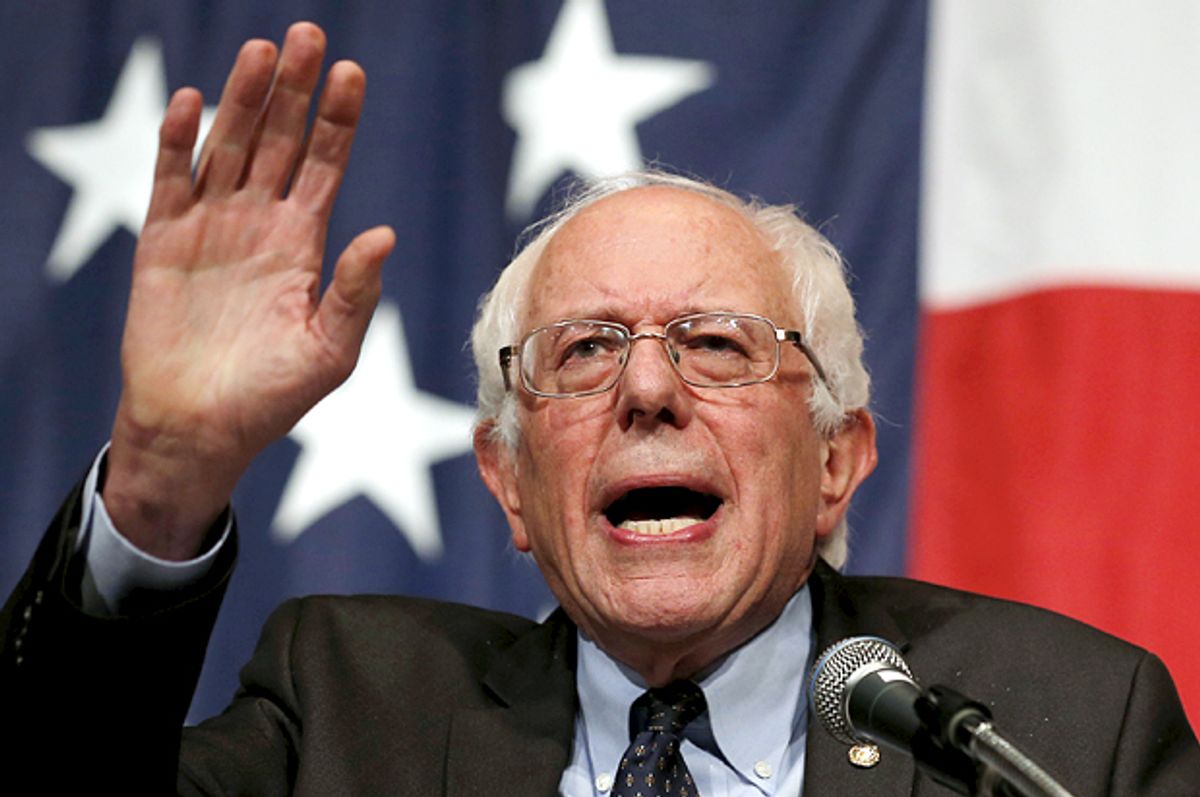 Bernie Sanders’ loss to a quintessential establishment candidate buoyed by near-universal support from superdelegates and Congress has for many confirmed a long-held belief: the Democratic Party, the argument goes, is inherently hostile to the left and a useless vehicle for transformational politics. First amongst those critics, of course, is Green Party presidential candidate Jill Stein, who last Wednesday spoke to a rapt crowd at the Socialist Convergence, a radical forum parallel to the Democratic National Convention.

“Bernie ran up against some limits for what you can do inside of a counterrevolutionary party, which is why we need a truly revolutionary party of the 99-percent,” said Stein, urging Sanders supporters to vote Green in November.

But Stein is wrong: Sanders’ experience shows the current limits of third-party presidential politics and the real possibility that the left can use the Democratic Party toward radical ends. If Sanders had run as a Green or independent, he would have traded in his revolution against the one-percent for the prospect of getting just one-percent of the vote—which is what Stein is currently on track to pick up. Instead, he won millions over to democratic socialism and into left politics.

The Sanders campaign began as a protest, was suddenly inundated with popular support, then shifted gears and rushed to duct tape together a campaign that would never quite catch up with the Clinton operation. The left almost took over the party by accident. If Hillary Clinton’s victory represents the best that Democratic Party counterrevolutionaries have to offer, then that’s really great news. History, full of spectacular electoral realignments, has made it clear that the two major parties aren’t inherently anything at all.

His comments elicited loud boos, and some cheers, from the crowd.

The establishment, awash in corporate money and snarky emails, is neither omnipotent nor cunning. It is feckless. Clinton won but Sanders forced her to seriously worry about losing. The emperor wears no clothes. Yet some on the left draw the opposite conclusion, preferring righteous marginality over actual power and substituting sappy moralism for clear-eyed strategy.

The system, dominated by big money and the two-party duopoly, is no doubt rigged. But not in the specific ways that some Sanders supporters think. Let’s not give Debbie Wasserman Schultz more credit than she’s due: the leaked DNC emails reflect sad griping more than coherent conspiracy. Though the debate schedule was stacked against Sanders, Clinton simply won more votes, which means the left, despite historic gains, still has more work to do to win majority support. But that work can be done. Demographic shifts and economic crisis are transforming politics in a way the party can’t control.

Sanders’ overwhelming support from young people, as Jacobin’s Bhaskar Sunkara argued on Wednesday, is the centerpiece of a political coalition better positioned to shape the future than Donald Trump’s. The bulk of that coalition is currently in the Democratic Party, and that’s where the left must engage them—they cannot simply be relocated to a third party by leftist fiat. It’s also, however, vitally important to maintain organizations independent of the Democratic Party—and to build the bases of more radical parties locally, from the ground up. No one understands this better than Sanders, who was positioned mount his historic primary challenge within the party only because he had spent his political lifetime outside of it.

Sanders activists have already remade the party, though only modestly so far. Clinton, after all, is the nominee. But the platform, to a significant if limited effect, is now a much better one, and Clinton chafes at new political constraints imposed by the left. Socialism is no longer a dirty word, and establishment figures must at least pretend to oppose corporate trade agreements. Last Monday, Sanders used his primetime speaking spot to warn Congress against passing the Trans-Pacific Partnership during a lame-duck session — an incredible shot across the bow at a Democratic president during a Democratic Convention.

Sanders won just nine endorsements from Democratic colleagues in Congress while winning more than 13 million votes from rank-and-file Democratic voters. Trump’s pseudo-populism has thrown the Republican Party, whose right-wing policies remain the greatest check on change, into chaos. There are across-the-board contradictions that the left can exploit.

This all matters not because I want to lecture Green Party supporters or fear-monger over Stein costing Clinton the election. She won’t. The vast majority of Sanders supporters will vote for Clinton, most of those who won’t would never have voted for her in the first place and almost never support Democrats at all, and it is healthy to maintain left organizations independent of the Democrats. What’s at stake in this debate has nothing to do with November. It’s a question of what happens next. The left now has a historic opportunity, and how it approaches the Democratic Party will help determine whether it can exploit it.