Media's political influence: We can bash Trump and his supporters all we want — but will it work? 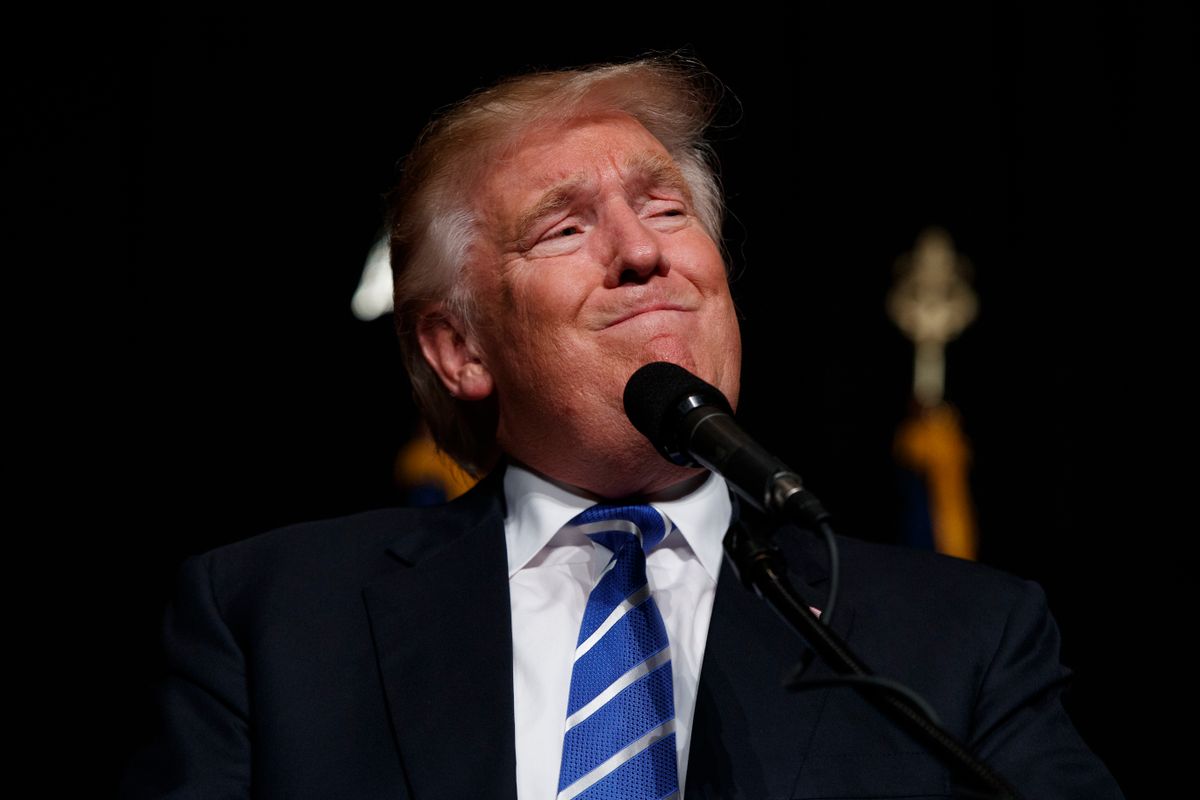 I mean the moment of rescue that the convention constituted — the moment at which this country, now on a fulcrum, could either tip toward authoritarianism, hopeless division and chaos, or toward a more charitable and hopeful vision of the future.

Did the media understand what’s at stake? As Vox’s Ezra Klein bluntly put it, “This campaign is not merely a choice between the Democratic and Republican parties, but between a normal political party and an abnormal one.”

The media, like the country itself, have a challenge, and it would not be an easy one even if they wanted to face up to it — which most in the mainstream media do not. They seem perfectly content to broadcast The Donald Trump Show, with all its wild careening and boastful bigotry, because it makes for good entertainment, as well as high ratings and readership. And while the TV convention pundits were quick to comment about how unusual this election is likely to be, they have been slow to point out that the surreal Trump is a threat to this country and to the world — an egocentric charlatan who wallows in his ignorance. We are all at risk.

The Democrats’ own challenge to Trumpism was on full display last week, and it got an approving response from a lot of the media as both theater and as an example of staying on message and even amplifying that message. The text was “Stronger Together.” The subtext was that we are a great people who must draw on our better angels even as Trump appeals to our worst devils. “America is great,” intoned Hillary Clinton on Thursday in what may be the most succinct expression of this idea, “because America is good.”

This is a stirring idea, if a somewhat self-congratulatory one, and for those of us who want to believe that light beats dark, that hope beats fear, that good beats evil, that unity beats division, it should be a winning idea. In Barack Obama’s formulation on Wednesday, he said, “We are challenged to do better, to be better.”

Already the media have picked up on the goodness meme. Friday’s New York Times convention coverage is a series of paeans to this paean. So is The Washington Post’s. John Cassidy of the New Yorker praised it in his blog, as did New York magazine’s Andrew Sullivan.

But the entire election is likely to hinge on this question, and it is not an idle one: What if a sizable number of Americans don’t want to be better? What if they actually want to be worse?

I am not asking this as a liberal elitist picking on uneducated white males here, though they are the ones who favor Trump over Clinton by enormous margins, and they are his only real hope of winning this election. Nor am I saying that these are fundamentally bad people.

There is, in fact, a deep strain in American life — one that is angry, resentful, vengeful, aggrieved and, yes, often hateful. It didn’t begin with Donald Trump or with modern reactionary Republicanism. It didn’t begin with the Great Recession or the long wage stagnation or the destabilization of the Middle East or undocumented immigrants. It has been here almost from the inception of the country. Most of the time, it has merely simmered. On rare occasions, it boils. This is one of those occasions.

As I wrote in the book "Life the Movie," American popular culture, which is so often accused of trashiness, wasn’t necessarily trashy because Americans were ignorant or unrefined. Trash wasn’t the default. In fact, as historian Richard Bushman has argued in his pathbreaking book, "The Refinement of America," there was a lot of refinement in this country as Americans learned to appropriate and adapt European taste.

But even as that process was taking place, there was also, especially among the non-elites and especially from the Jacksonian era onward, the love of trash, by which I mean things that the commissars of high culture found disagreeable. That love — of trashy novels, newspapers and variety shows in the 19th century, and of trashy movies, music and TV programs in the 20th — was a willful choice and a cultural declaration. It was Americans’ way of thumbing their noses at their supposed social betters, a way of showing that they couldn’t be culturally subjugated, a way of asserting themselves against all the things they were told they should like. As I have pointed out elsewhere, you wouldn’t think of chomping popcorn at the opera, the symphony or the ballet. At a movie, lots of us wouldn’t think of not chomping popcorn. It is a democratic act.

Yet this side of democracy, cultural democracy, isn’t always pretty. I think a lot of Trump’s support among those white, non-college-educated males is their way of chomping popcorn. They know they are losing America. They know that women and minorities and immigrants and, perhaps above all, the college-educated are ascendant, and many of them, I am sure, feel that even as they are being dispossessed, they are also being disrespected.

Trump is their last gasp, if not their last hope. Yes, he is their voice. But it is not the voice of people who have fallen behind as the country changes. It is the voice of anger at the folks who have taken over. Their enemy, as they keep telling us, is not necessarily Wall Street but political correctness, because they want the exhilarating liberation of incivility. Trump speaks that language.

This is where the media may figure ever more largely in the November election. Some in the press, especially on television, will continue to normalize Trump, treat him as if he were just another Republican candidate, which will give mainstream conservatives the cover they need to vote for him. But the more responsible members of the media who care more about the direction of this country than they care about their own neutrality or their clubbiness with fellow journalists, will continue to pummel Trump, hoping to disabuse this army of resentment of the notion that he will help them.

These pundits, a group that includes everyone from David Brooks on the right to Paul Krugman on the left, will insist that angry white working-class males don’t really know what they are getting themselves into — that a world in which a strongman knocks over alliances, in which walls are built to divide one group of Americans from another, in which America shrinks into itself, and in which democracy, as we have known it, surrenders to authoritarianism is not a world that will empower them. It is a world that will destroy them.

The problem with these warnings — with the “abnormalization” of Trump — is that they are more likely to enflame the Trumpistas than to lift the scales from their eyes. They don’t need to be educated about Trump. They know what he is like. They know how he infuriates the elites. Indeed, they like him precisely because people like Brooks and Krugman hate him, and you can throw all the anti-Trump Republicans into that group, too. Basically, this is cause and effect.

It is also the Catch-22 in which the best of our journalists may find themselves. Lay off Trump and normalize him. Or attack him and provide more elitist fodder for the gremlins who support him. For whether you sympathize with their plight or not, gremlins they are. That’s why nothing Trump does, no matter how egregious — not making fun of women or minorities or the disabled, not flirting with white supremacists, not asking Putin to breach American security, not using the fascist slogan “America First,” not refusing to release tax returns, not lying again and again and again — none of these can damage his support among those white male non-college-educated voters. For them, these are not reasons not to vote for Trump. They are the very reasons why they should vote for him — because he is so inappropriate, because he is so wrong-headed, because he antagonizes the people who antagonize them.

Some pundits believe Trump is promising to reverse history and restore a white working-class America where minorities and women know their place. What he is really promising is an America where a large swath of folks can be their worst just to rile other folks who keep urging them to be their best. The Democratic National Convention sought to appeal to decency. So have some pundits. What should worry us is that their efforts just might backfire.