"The Simpsons" are "with her": Watch scathing parody of "3.a.m ad" with Donald Trump 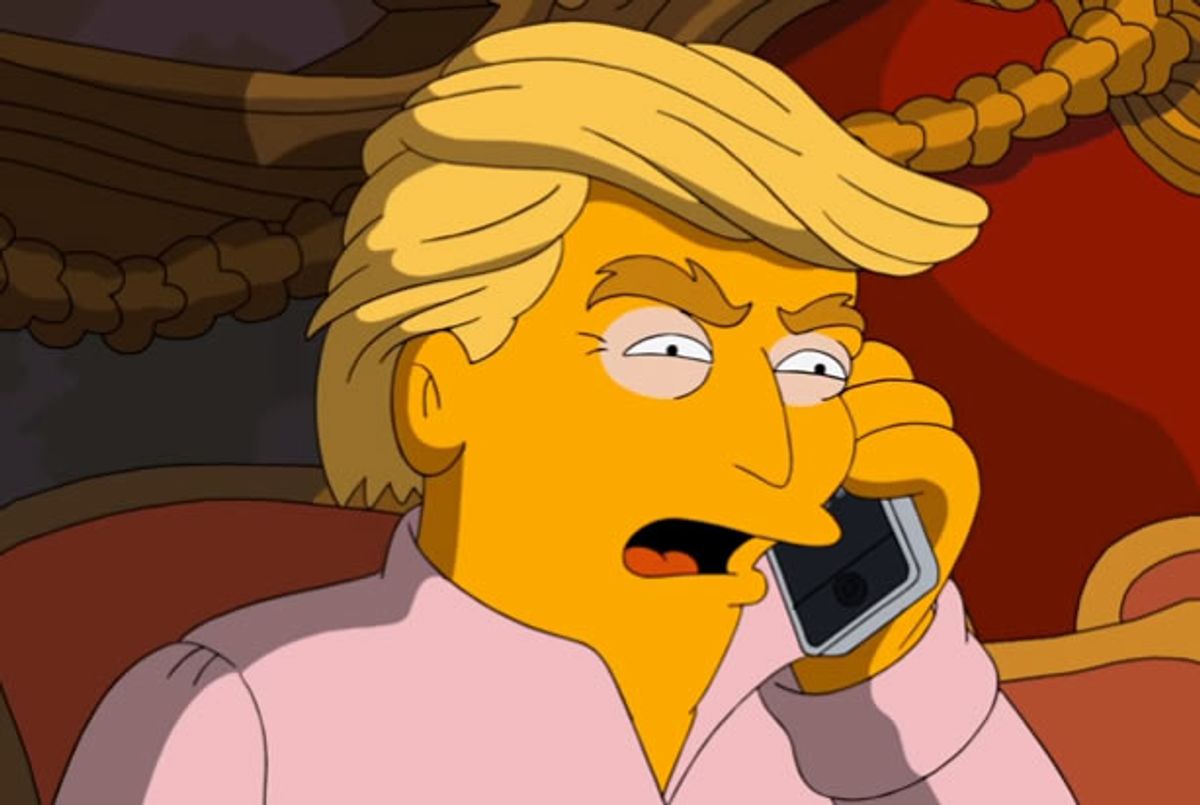 The Simpsons have history of imagining the effect of a Trump presidency on the United States, and over the weekend took time off from their summer hiatus to remind viewers of just what is at stake in November.

While this brief promo is not nearly as devastating as the vision of a post-Trump presidency in season 11's "Bart to the Future" -- in which President Lisa Simpson, decked out in her most Hillary-esque pantsuit, is desperately trying to repair the damage the real estate mogul wreaked on the American economy. "As you know," she tells one of her advisers, "we've inherited quite the budget crunch from President Trump."

Trump himself, however, is never depicted in the episode -- unlike this promo, in which he is shown being transformed from a slightly beige color into his signature orange, completely bypassing the trademark yellow the show uses to represent white people. Why the producers chose to do so is unclear, but what is not is which side of the political aisle "The Simpsons" is supporting.

"It's 3 a.m. and the phone's ringing in the White House," the promo begins. "Who do you want answering that call?" After a brief cut to Bill Clinton answering, then handing the phone to Hillary, it flips to the denatured Trump engaged in a Twitter battle with the exiled Elizabeth Warren, a copy of "Great Speeches" by one "A. Hitler" on his pillow. After ignoring the Situation Room the first few times it attempts to contact him, Trump finally answers -- but not before he makes some requests from his assistants.

"Put my name on the Lincoln Memorial," he says, "make Chris Christie eat a worm just for laughs, disband NATO and make me some scrambled eggs on a gold plate." When he finally consents to "be right there," a clock dances hours and hours forward in time as the process of "colorizing" Trump is depicted. By the time he's adequately orange, the Situation Room calls back to inform him the crisis was "resolved" by a Chinese victory.

The commercial is "Paid For By Americans Who Are Really Starting to Miss Obama."

Watch the entire clip below via Fox.