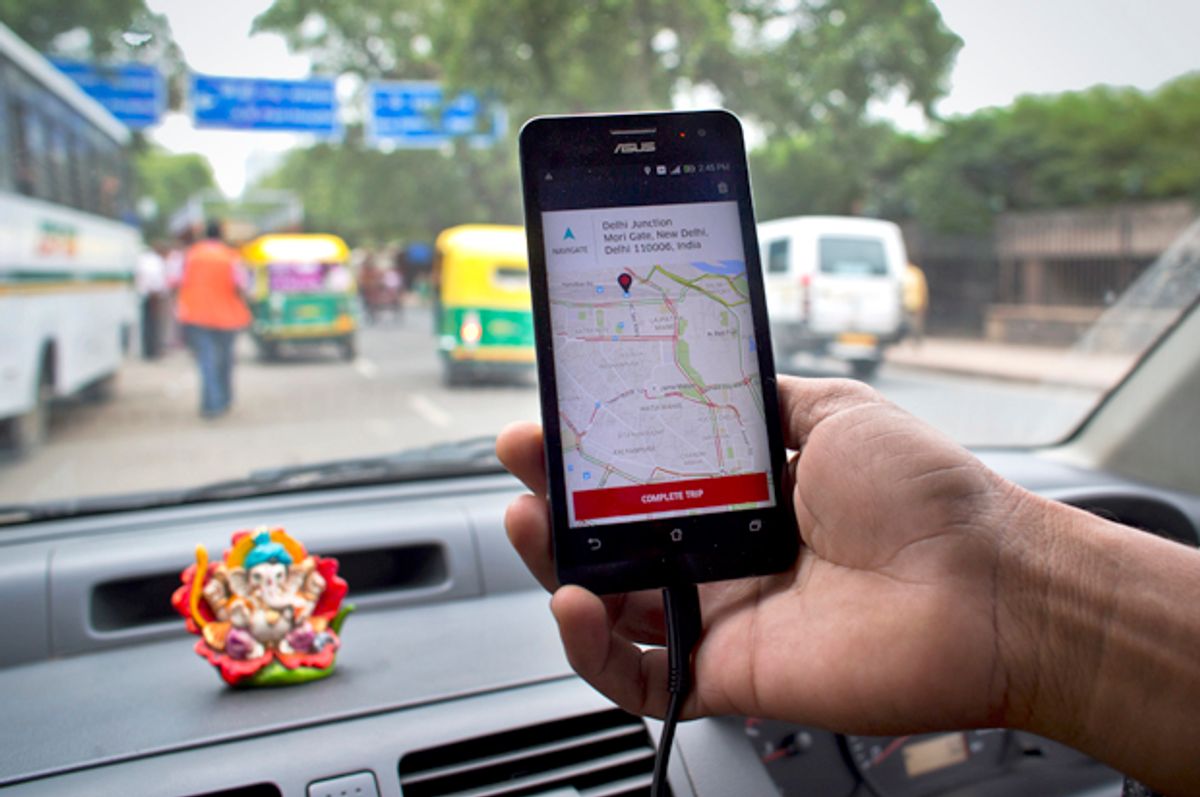 An Indian cab driver displays the city map on a smartphone provided by Uber as he drives in New Delhi, July 31, 2015. (AP/Saurabh Das)
--

Ride-sharing firm Uber is following in Google's footsteps — quite literally — by sending out a fleet of mapping vehicles across the United States and Mexico, and hopes to have similar vehicles on the road in the other 76 countries in which it operates by the end of 2017.

According to The Financial Times, Uber plans on investing over $500 million to create proprietary maps for its legion of drivers -- which the company believes will be more accurate and better able to service its customers by cutting down the time it takes for Uber to arrive and streamlining the route to customers' destinations. In particular, representatives for the company said, these maps will allow Uber to identify specific locations -- such as the front door of a large office building, or the terminus of a driveway of a frequent user -- that simply can't be pinned on Google Maps.

"For over a decade, I helped lead that effort as the head of Google Maps. Today, I lead Uber's mapping efforts to ensure we can provide a safe, reliable ride -- no matter where you are. To do that, Uber uses a mix of mapping technologies -- including our own -- to provide the underlying infrastructure for our apps."

Such technology will become increasingly important in the age of self-driving cars, McClendon said. "The maps that are needed for autonomous vehicles are beyond anything that’s being created today by any third party." The company will fund the $500 million initiative via the $3.5 billion investment from Saudi Arabia's sovereign wealth fund.