Has Elon Musk lost his touch? Why Tesla's deal for SolarCity has some investors cringing

Tesla's $2.6 billion purchase of the solar systems maker is raising eyebrows and even being called a bailout. 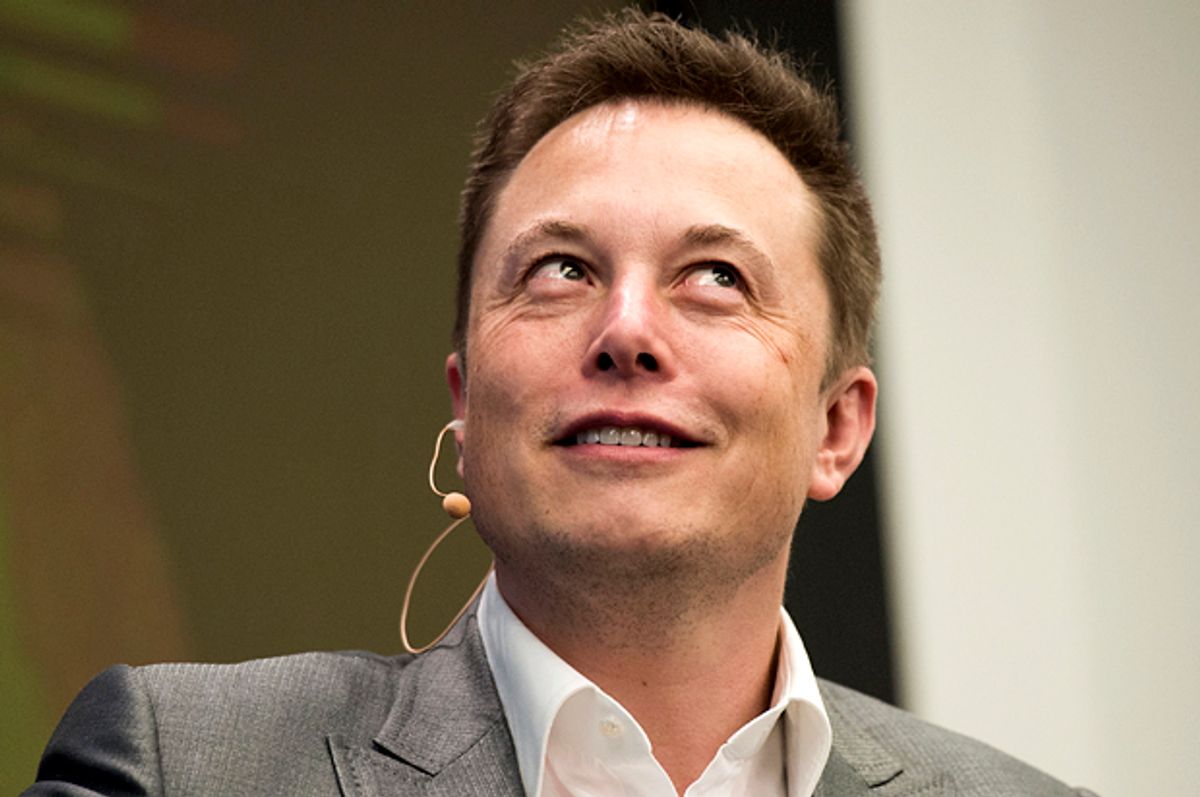 For years, Elon Musk has preached about the need to build demand for alternative energy. But now that the billionaire CEO of Tesla Motors is trying to build just that some investors are questioning their faith in him.

On Monday, Tesla Motors announced its intention to buy SolarCity in a $2.6 billion deal that would marry the maker of long-range luxury electric cars with the nation’s largest solar-energy company. The acquisition still requires shareholder and regulatory approval, but that appears to be a mere formality.

To Musk and his supporters, it makes sense. The combined companies would become “the world’s only vertically integrated sustainable energy company,” according to a post Monday on the SolarCity blog. Tesla estimates savings of at least $150 million in the first year by combining production, marketing and sales operations, and SolarCity would benefit from access to Tesla’s 190 retail stores around the globe.

To Musk, SolarCity acquisition is just part of the plan he outlined a decade ago. By acquiring the solar-energy company, Tesla would bring into its fold the solar-energy systems to feed  its Powerwall and Powerpack battery units and its fast-growing fleet of electric cars. In Musk’s vision, eco-conscious customers would eventually have a one-stop shop for greening their homes and cars. And Tesla’s multi-billion-dollar “Gigafactory” plant in Nevada would the catalyst of it all, scaling battery production to lower costs and spur demand.

So why are investors cringing? They fret that Musk is overreaching at a time when his electric car company needs to marshal its financial resources to meet its goal of selling a half-million electric cars per year by 2020—a tenfold increase over its 2015 sales. To the doubters, SolarCity is a money pit and a diversion.

Musk’s consolidation plan comes at a time when the sale of residential solar systems and electric cars still make up a sliver of the market. Less than 1 percent of all new autos sold in America rely on non-combustion engines, according to company sales data, and only about one million U.S. homes are equipped with solar systems. Thanks to state and federal tax incentives, including an extension of federal tax credits for solar system buyers, the numbers are expected to grow rapidly.

But if the incentives go away, or the economy takes a turn for the worse, future growth would be fall victim to the high cost of entry for long-range electric cars and solar systems.

The deal comes as Tesla is spending heavily to develop its $35,000 Model 3 electric sedan, which is due out by the end of 2017. Earlier this year Musk claimed Tesla would become profitable by the end of 2016, but it’s unclear what effect the all-stock acquisition would have on Tesla’s cash flow. SolarCity saw its net losses widen last year to $768.8 million from $375.2 million in 2014, according to its latest annual report. FactSet estimates SolarCity’s losses will grow to $851 million this year. It loses about $6 for every $1 it earns, compared to a loss of 50 cents for every $1 Tesla Motors rakes in.

Shortly after the proposal was first announced in June, renowned investment manager Jim Chanos derided the deal a “brazen Tesla bailout” of SolarCity on the backs of shareholders. Though Musk and directors that sit on board of both companies recused themselves from negotiations, Musk’s cousins Lyndon and Peter Rive run the San Mateo, California-based solar company, fueling concern the acquisition is putting Musk’s personal ambitions over shareholder’s interests. Musk, who is the chief executive of Tesla and chair of SolarCity, owns about a fifth of the stock and is the largest stockholder in both companies.

That doesn't sit well with some investors. “We expect a robust shareholder fight over this acquisition centered on corporate governance,” Oppenheimer & Co. analyst Colin Rusch in a June 21 research note in the wake of the proposal.

But there are believers who say this deal works in the long run. "If you think that energy and transportation are moving towards a sustainable basis, then why wouldn't you want to own all the different parts of the ecosystem?" Joe Dennison, portfolio manager for Zevenbergen Capital Investments, which owns Tesla stock, said in an interview with CNBC's "Power Lunch"  after the deal was proposed.

Tesla is set to release its second quarter 2016 financial results after markets close in New York on Wednesday, and will host a conference call  in which Musk will almost surely be grilled by analysts about how the deal will impact Tesla’s cash flow.

Musk insists the deal to buy SolarCity would increase efficiencies while fulfilling his long-held vision of accelerating alternative energy adoption in transportation, homes and businesses. “It’s really all part of solving the sustainable energy problem,” Musk said during a conference call on Monday. “That’s why we are all doing this to accelerate the advent of a sustainable energy world.”

That argument is likely to placate the Musk's legion of followers. But perhaps not investors who question why acquiring a struggling solar company requires burning so much cash.