A look at the storylines that will frame the Rio Games, from environmental issues to housing to the Zika virus 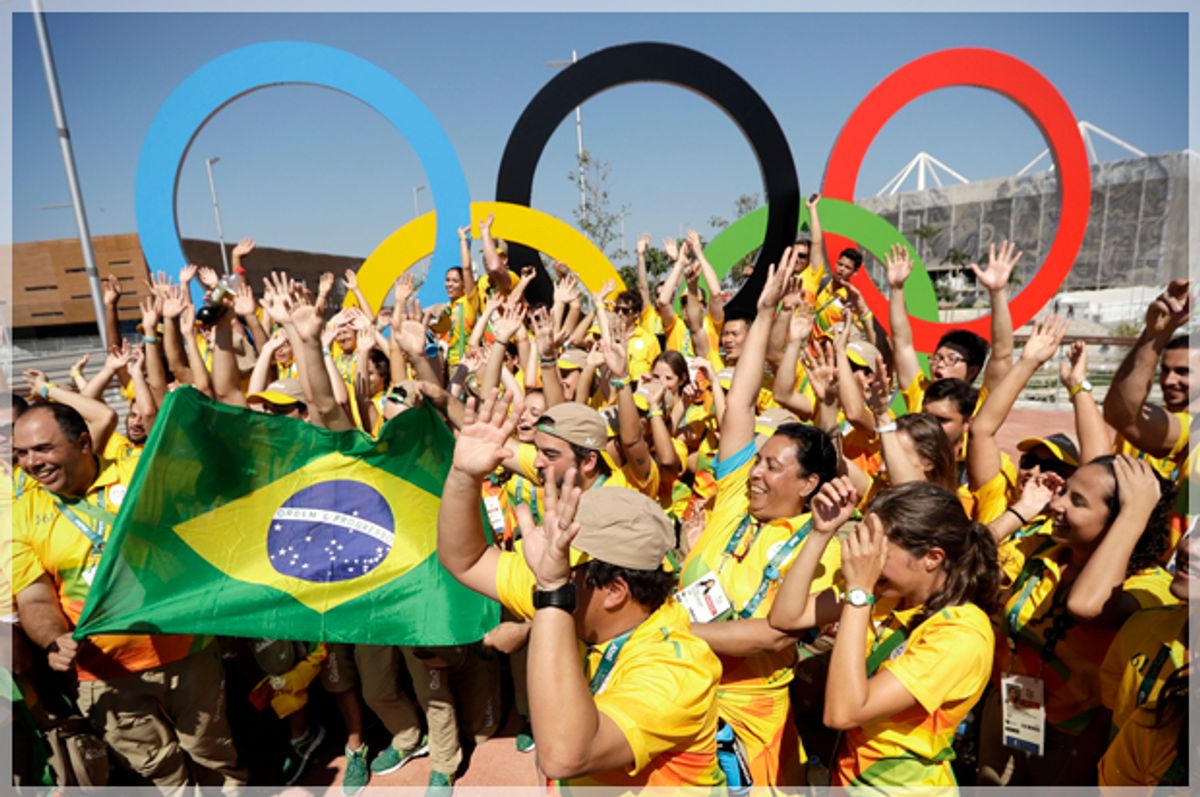 On Friday, the world will turn its gaze to Rio de Janeiro, Brazil for the opening ceremony of the Olympic Games. Millions worldwide will share in the spectacle, the pageantry and the moments of athletic transcendence. It should be a great moment for Rio and Brazil, but one recent poll found that half of all Brazilians are opposed to hosting the Games. What gives?

The lead-up to the games has played out against a backdrop of domestic political and economic unrest in Brazil, angry protesters repeatedly attempting to extinguish the Olympic torch, and fears of half-empty stadiums amid anemic ticket sales.

“Rio has been the biggest challenge we have ever faced,” said one longtime member of the International Olympics Committee, an organization that awarded the 2022 Winter Games to Beijing, a city with no snow.

Before we proceed, it must be noted that pre-Games chaos is not a problem unique to Rio or Brazil — confusion, cost-overruns, and delays are endemic to the modern Olympics. Nonetheless, these are a few of the issues that will frame the Rio Games:

Many of the struggles of the Rio Olympics can be attributed, in some measure, to Brazil's ongoing recession, the country's worst in decades. Brazil's unemployment rate hit a 4-year high this year as GDP shrank for the fifth straight quarter.

In June, the financially strapped state government of Rio de Janeiro received $850 million in emergency federal funds after declaring a "state of public calamity" that it said threatened its ability to meet Olympic commitments.

When Rio landed its Olympic bid in 2009, Brazil's booming economy led optimistic officials to envision the Games would as a catalyst for all manner of positive change. But the crash — and the cash suck of Olympic preparations — has rendered Rio's government unable to fund basic services like public security and healthcare, leading cops and firefighters to set up camp at the international airport in protest, displaying banners reading "Welcome to Hell."

The Brazilian outbreak of the mosquito-borne Zika virus, which is linked to birth defects, has been a persistent source of concern in the lead-up to the Olympic Games. The Centers for Disease Control and Prevention recommend that pregnant women not to go to the Olympics, and fears over the virus have prompted athletes to withdraw from the Games and led South Korea to outfit its team with "Zika-proof" uniforms.

Concerns that the Olympics could hasten the global spread of Zika have garnered significant media attention. In May, over 150 experts signed an open letter to the World Health Organization calling for the Olympics to be moved from Rio or postposed "in the name of public health."

The good news: Fears that large numbers of visitors will become infected and rapidly spread the virus around the world as they return to their home countries appear to be largely overblown. Researchers at the Yale School of Public Health say that Zika risk posed by the Olympics is "negligible," estimating that between three and 37 out of the 500,000 expected Olympic visitors would be expected to spread the virus to their home countries. What's more, Olympics-related tourism represents a miniscule portion of the total overall travel volume to Zika-affected countries — less than 0.25 percent.

"The threat of Zika is a concern. It's a public health crisis," Joseph Lewnard, one of the authors of the Yale study, told CNBC. "It's just that canceling the Olympics is not going to be what it takes to stop the problem here."

The bad news: Whether or not the Olympics will worsen the global situation, the Zika problem will remain. Puerto Rico is now experiencing a Zika outbreak, and the virus has now spread mosquitoes in the continental United States, which are believed to have caused four infections in Florida.

Rio's Olympic bid claimed it would put on "green games for a blue planet," but organizers have consistently failed to deliver on their environmental promises.

Rio's Olympic bid said that the city's air quality meets WHO standards. It did not, and does not.

Officials pledged to clean up the lagoons surrounding the Olympic park, but Rio's waterways remain contaminated with raw human sewage. A study commissioned by the Associated Press found that, at concentrations measured last year, "swimmers and athletes who ingest just three teaspoons of water are almost certain to be infected with viruses that can cause stomach and respiratory illnesses and more rarely heart and brain inflammation."

"Don’t put your head underwater," Dr.  Valerie Harwood, chair of the department of integrative biology at the University of South Florida, advised visitors. Five Olympic events will be held in Rio's polluted waterways, including marathon swimming.

The Australian team generated headlines in the weeks leading up to the Games after initially refusing to occupy its building in the Olympic village, deeming it "not safe or ready" and citing clogged toilets and exposed wires. The team eventually moved in, but then was forced to evacuate the building after a small fire broke out. During the evacuation, team members said property was stolen from their quarters, including special shirts designed to prevent the transmission of Zika.

But Australia's complaints make up just a small part of the housing issues in Rio. The IOC warned organizers five years ago that Rio's housing contracts incentivized private developers to engage in potentially dangerous corner-cutting to boost profits when units in the Olympic village are sold off as luxury apartments after the Games.

Journalists covering the Games will live in a media village built on the site of a mass grave of African slaves.

Construction of the Olympic Park required the eviction of some 600 residents from a favela on the site, some of whom were forcibly removed after refusing to leave their homes.

Jihadist attacks haven't been a major threat for Brazil in the past, but heightened fears of possible attacks at the Olympics have led American officials to lend assistance in counterterrorism efforts.

ISIS has been actively recruiting Portuguese speakers online in the weeks preceding the Games, and Islamist outlets have called for lone wolf attacks in Rio.