As era of autonomous trucking arrives, Michigan researchers prove how easy it is to hack trucks 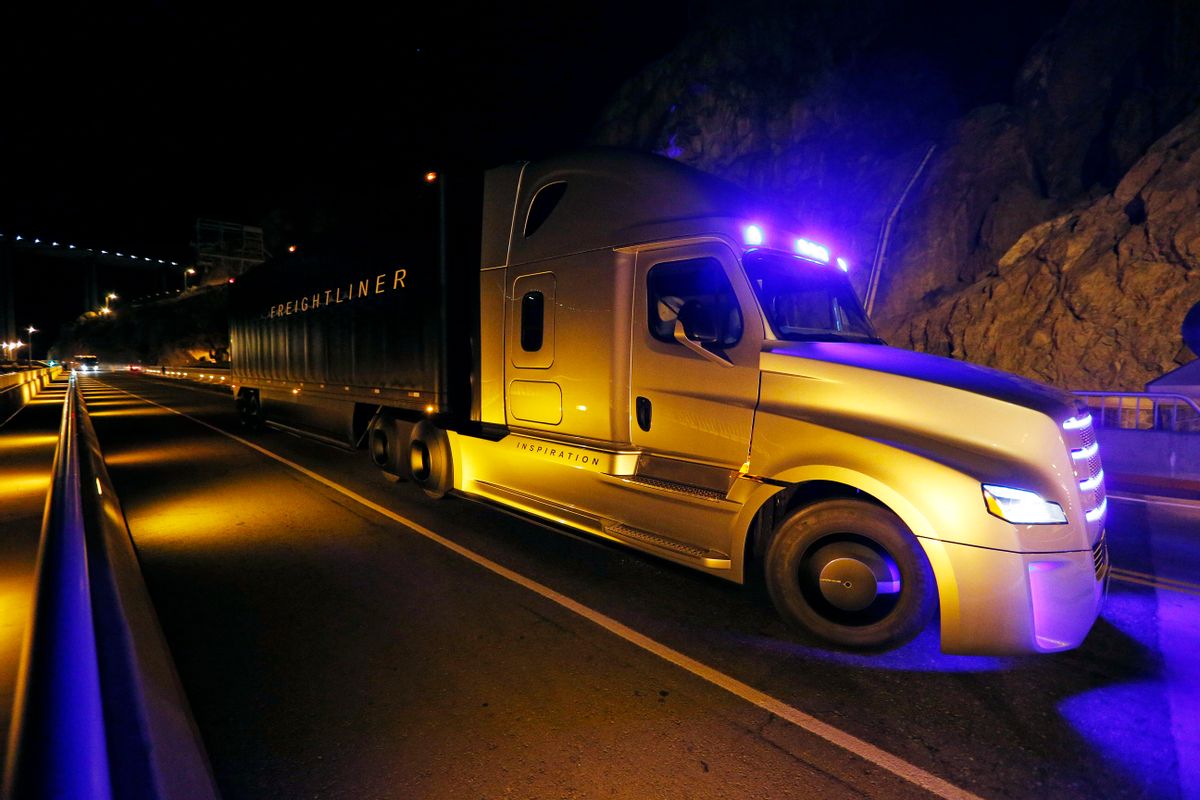 Freightliner unveils its Inspiration self-driving truck during an event at the Hoover Dam Tuesday, May 5, 2015, near Boulder City, Nev. (AP Photo/John Locher) (AP)
--

The future of trucking, Vox's David Roberts argued in a solid piece published Wednesday, belongs not to truckers, but to autonomously piloted freight trucks. According to the Bureau of Labor Statistics, there are over 1.8 million active truckers in the workforce, and most of them would have their livelihoods threatened by the emergence of a robust autonomous trucking industry.

As Roberts noted, the advantages to switching to fleets of self-piloted long-haul trucks are many -- the majority of the driving occurs on relatively straightforward, and stupefyingly dull, freeway and interstate systems. For navigating in urban environments, the size of such trucks is actually an advantage, as it allows them to play host to more cameras and sensors, creating what Roberts characterized as superior "situational awareness."

However, as researchers at the University of Michigan's Transportation Research Institute demonstrated, there is a catch to the autonomous dream -- these vehicles will not be impervious to hackers. In a paper they will present at the Usenix Workshop on Offensive Technologies in Austin next week, the researchers will show that even the long-haul vehicles currently on the road, with their comparatively modest autonomous systems, are vulnerable to attack.

Although the researchers currently need physical access to a vehicle in order to hack into its J1939 networking system and gain control of the truck's accelerator, brakes, and instrument panel, they are confident that it is only a matter of time before they will be able to gain access remotely as well -- and not simply access to one truck, but to many. As the researchers wrote, "[i]t is reasonable to assume that with more time an adversary could create an even more sophisticated attack, one that could be implemented remotely."

Moreover, "if you wanted to hijack someone’s car, you’d have to know the make and model and tailor the attack," Leif Millar told Wired's Andy Greenberg. "With trucks, it’s all open, so you can just craft one attack."

Watch video of the researchers hacking a truck below.