If you lease it, they will come: Cash-strapped, tech-savvy Millennials are ditching car ownership, but not cars 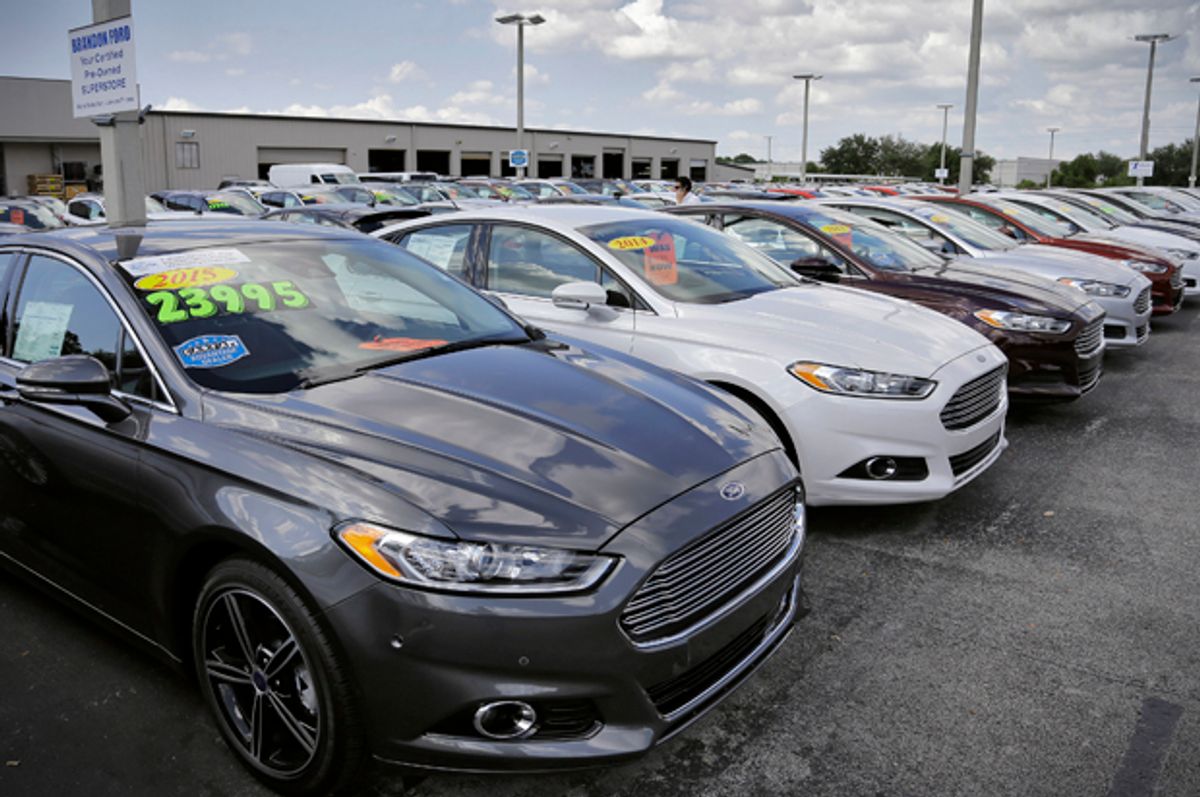 If it ties them down, they don’t want it.

Americans under the age of 35, aka Millennials, are renting more than buying. They’re delaying marriage and childbirth while job-hopping more than any generation before them. They flock to online subscription services and are cutting cords wherever they can. Oh, and like to share stuff, too.

And when it comes to cars, Millennials feel leasing is the new buying. According to the latest data from automakers, the largest generation in US history is eschewing car ownership to avoid being weighed down by long-term commitment and debt — and in so doing, young adults are shaking up the automotive industry and bringing changes to its business model.

Amid one of the longest periods of annual new-car sales growth on record, Millennials are the leaders in leasing. More than 34 percent of them lease rather the finance their car purchases — a rate significantly higher than any other age group, according to a recent analysis of first-half 2016 auto leasing data from Edmunds.com. Led by demand from under-35 consumers, the number of automotive leases has doubled since 2011, hitting a record of 2.2 million in the first half of 2016. One out of every four new-car transactions that took place between January and June were lease arrangements — even though financing is more affordable than ever, with interest rates at historic lows.

There are multiple reasons for this, industry watchers say. The most important factor is that many young adults are broke, as wages and economic mobility have stagnated in recent years. Leasing costs less than financing a purchase, because consumers return the vehicles at the end of the agreement (typically 3 years). Responding to the market, automakers have been offering enticing deals, with some summer-clearance deals recently dropping payments below $100 a month.

Curiously, the other big leasing demographic is old folk. Nearly a third of consumers over the age of 75 lease their vehicles.

“The situation is similar for both Millennials and retired buyers,” said Edmunds.com senior analyst Jessica Caldwell. “They’re both price conscious. Both are gravitating to deals and leases are more ideal than financing.”

The one difference between the two groups is that young adults love keeping up with the rapid pace of new technology, so trading in a car every three years allows them a taste the latest infotainment systems and driving features. With the rise of car-sharing in larger U.S. cities, they also like that leases given them the option of easily bowing out of having a car altogether and deferring to sharing services like Cars2Go and ride-hailing apps like Lyft.

To respond to these rapidly changing consumer tastes, automakers have been forced to speed up their so-called product cycles, when a specific model is either refreshed with now features or completely redesigned. Historically, popular models would go seven or eight years without any significant changes. Today, it's rare for one to go beyond three or four years without at least a major facelift and an upgraded infotainment system. While Americans, overall, are still ravenous consumers of big SUVs and trucks, the most popular models that Millennials are leasing right now are all smaller — the Honda Civic and Honda accord, Chevrolet Silverado pickup and the Nissan Rogue compact SUV — according to Edmunds.

Caldwell says automakers benefit from leasing because it offers them a second chance to earn profits from both their cars and customers. “Generally, when people lease they tend to lease again from the same automaker, so it helps with customer loyalty,” she said. “Automakers earn a little profit from certified pre-owned vehicles, and these certified pre-owned programs also help companies with quality control, because they can go over the post-lease vehicles thoroughly.”

According to monthly sales data released Tuesday, the five-year growth streak in the U.S. new-car sales is slowing and the share of leases fell to its lowest rate since March 2015 (pulled down, it should be noted, by lower demand from middle-aged consumers). “It shows that the market is nearing a plateau,” said Mark Strand, automotive analysts for Autotrader.com.

So while that may spell bad news for the industry, it can be good news for consumers, as car makers will be forced to offer increased incentives on already low-priced leases. For this everyone can thank the oft-maligned Millennials, who've ensured that leasing will be an integral part of the auto industry — at least until shared robot cars take over.