"Amazon One" to debut Friday at Seattle's SeaFair Show 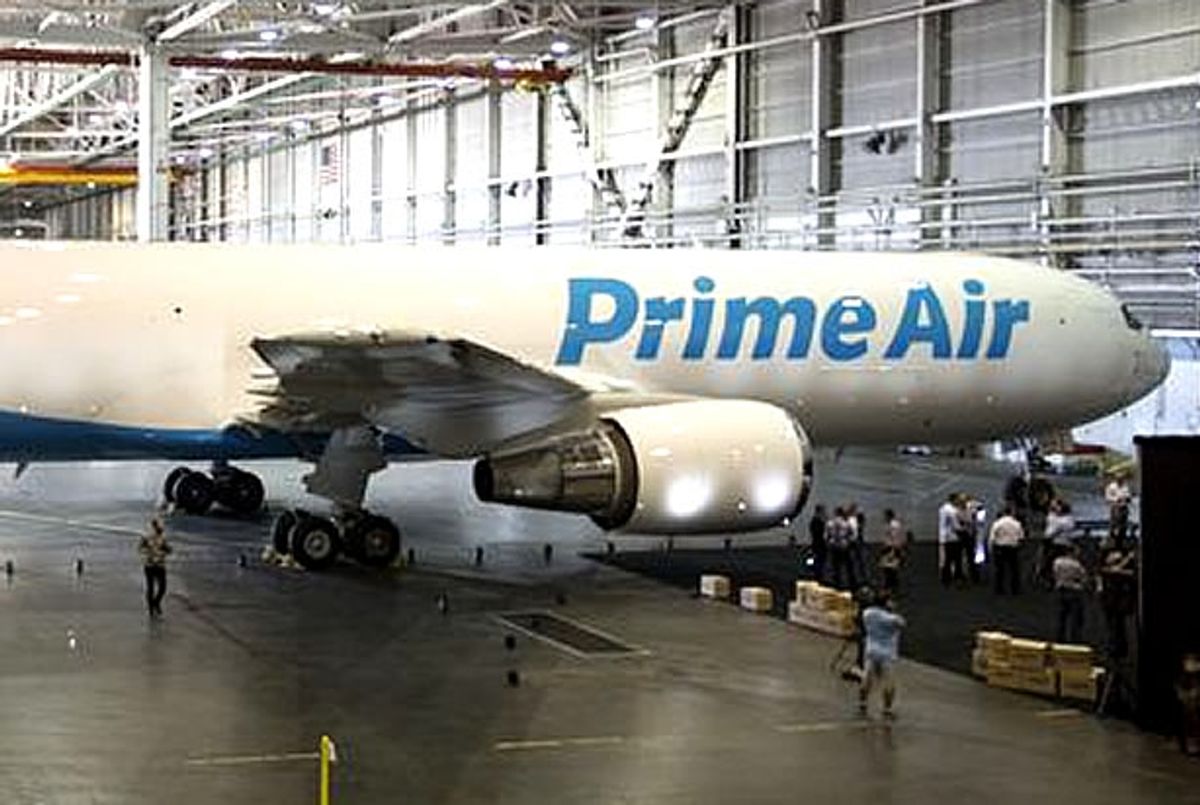 Amazon's attempt to improve the efficiency of its Prime service has been stymied in recent years by increased regulation in the drone industry and slower-than-expected innovation in automated trucking, so the company decided to purchase its own "transportation network," and on Friday the first plane in its new fleet will make its debut today in the skies above Seattle.

"Amazon One," a Boeing 767-300 operated by Atlas Air and assigned a tail number -- N1997A -- which is itself prime, is the first of an estimated 40 planes the company hopes to have in operation by the end of 2017. It also hopes to add 4,000 dedicated long-haulers to its newly founded transportation network.

The move into transportation represents a new direction for the company, which to date focused almost exclusively on fulfillment centers and improving the efficiency of its supply chain. The company expects its new fleets will speed up delivery times to customers, as well as dramatically reduce delivery costs for the company.

The N1997A -- in addition to being a prime number, 1997 also marks the year of Amazon's IPO -- will make its inaugural appearance at Seattle's SeaFair Show on Friday.

"I cannot imagine a better way to celebrate the inaugural flight than in our hometown at Seafair alongside Amazon employees and Seattle residents," Dave Clark, Amazon's senior VP of world operations told USA Today's Elizabeth Weise.