"We encourage you to do this more often": Hillary Clinton finally holds a "press conference" -- sort of 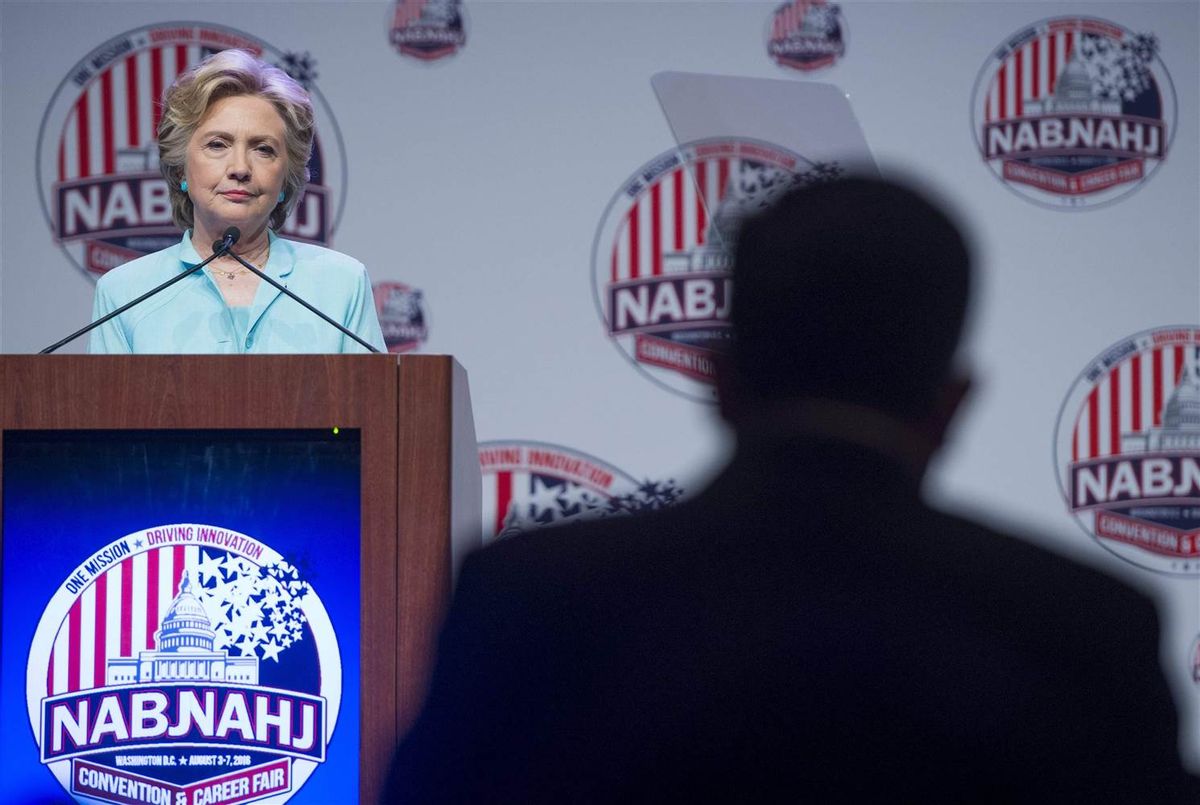 Hillary Clinton has not held a formal press conference in 244 days, but on Friday afternoon she took a range of questions from journalists of color.

Clinton has notoriously shied away from the press during her latest presidential run, joking about her reclusive rapport with reporters during one of her last appearance before a group of journalist last winter.

“No more secrecy, no more zone of privacy,” Clinton said at a journalism awards dinner to honor the late New York Times reporter Robin Toner in 2015. “After all, what good did that do me?”

“You’ll find a simple nondisclosure agreement,” Clinton then joked to reporters, telling them to search under their seats.

“My attorneys drew it up. Old habits.”

But after months of hounding from her political opponents and the traveling press core, Clinton finally took several questions Friday. After a short speech to the over 1,000 journalists of color gathered in the nation's capitol, Clinton's first queries from the press dealt with her hesitance to speak with them.

"Keep holding all of us accountable," Clinton told attendees. "I do have this old-fashioned idea: When you run for president, you ought to tell the voters of America what you would do as president. So I am going to keep telling you what I would do because I want you to hold me accountable, press and citizens alike."

The former secretary of state said journalists have “special responsibility to our democracy in a time like this.”

"As Ida B. Wells once said," Clinton started, citing the suffragist and prolific chronicler of lynchings in America. "'People must know before they can act, and there is no educator to compare to the press.'"

"It is a badge of honor when Jorge Ramos gets thrown out of a press conference for challenging Donald Trump,” Clinton told the crowd, praising the Univision newsman for standing up to Trump and “reporting what he says."

"And yes, he also talks about curtailing press freedom as well," Clinton said of her Republican rival who has banned whole newspapers and media outlets from covering his campaign events.

“We need to stand up as a country and say, ‘Donald Trump doesn’t represent who are are and what we believe,’” she said.

"As Jorge said, the best journalism happens when you take a stand, when you denounce injustice. I hope you will keep calling it like you see it," Clinton said.

You can watch her full appearance at the event below: