Why "Revolver" still matters: The 50th anniversary of a Beatles masterpiece 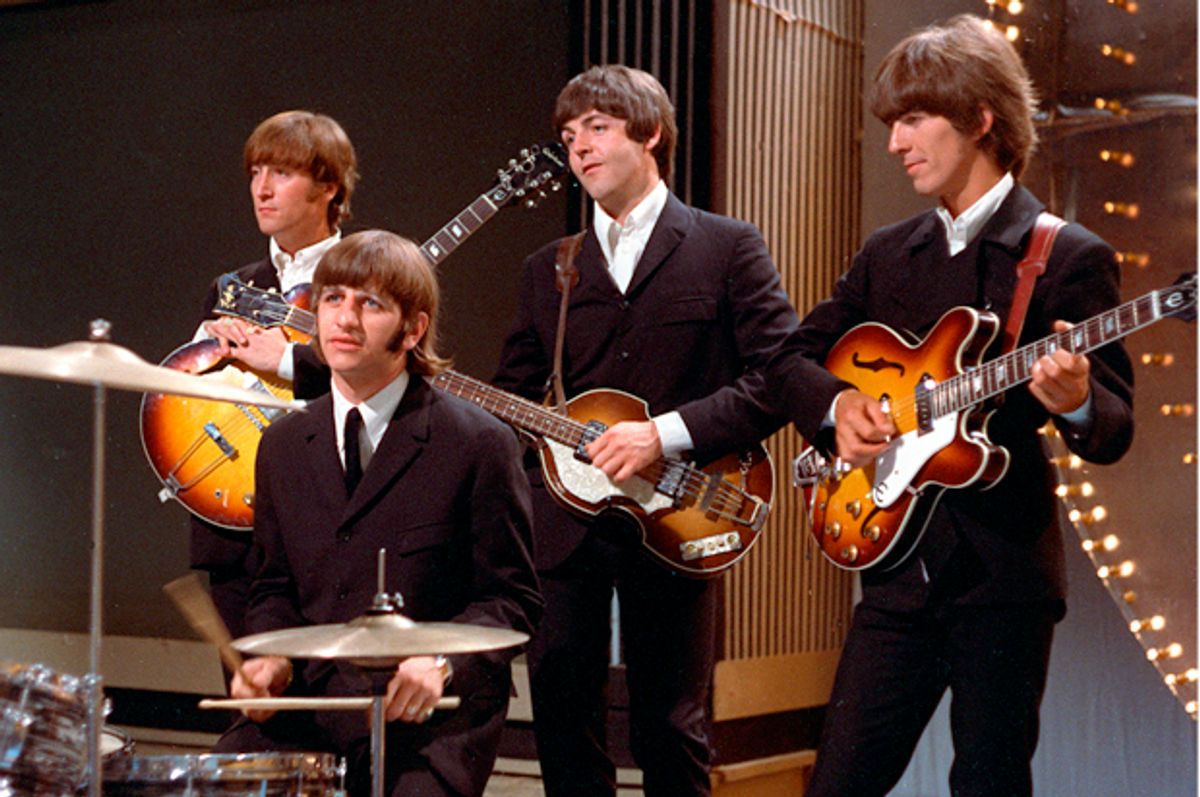 Even if you scorn Boomer myth-making, the 50th anniversary of “Revolver” — perhaps the Beatles’ best album — is a big deal. It not only sent the band in a new direction, it showed new possibilities in rock music. Look at the state of rock music in the 21st century — when so much of popular music is about artfully recycling existing tropes and styles — and it can be hard to see what the fuss was about. But the album was groundbreaking for a bunch of reasons, and it’s aged better than almost any of the great records of the era.

One way that “Revolver” immediately stood out was its eclecticism. The album that preceded it, “Rubber Soul,” saw the band mostly in acoustic-folkie mode, and the one that followed it, “Sgt. Pepper’s Lonely Hearts Club Band,” was mostly expansive, psychedelic, and orchestrated. Both are masterpieces. (The hype around “Sgt. Pepper’s" has led some to dismiss it, but go listen to it sometime — even overlooking the backstory and concept-album pretensions, it’s packed full of good tunes.) But “Revolver” shows a complex band stretching all over the place: Between an Indian tune, chamber pop, acid-influenced psychedelia, muscular rockers, and everything in between, the album is so wide-ranging that, with the inclusion of one more genre, it would probably not have held together.

Part of the reason “Revolver” worked so well was that the on-again, off-again battle between the band’s three songwriters has reached a point of productive detente. The Beatles had begun as John Lennon’s band, and would soon become Paul McCartney’s: Drugs and indifference and general orneriness would take Lennon far away from the collaboration that a rock group needs. McCartney’s curiosity and squareness — his avoidance of hard drugs, his interest in contemporary art and experimental music, his earnest band diplomacy — was making him more sophisticated and essential with each album. But both were still at the top of their game and working together at least some of the time.

The emergence of George Harrison completed the perfect chemistry: Frustrated over the years by being pushed aside, the guitarist saw three of his songs — the opener, “Taxman,” the Indian “Love You To,” the moderately dissonant “I Want to Tell You” — sneak onto the album.

Throw in Lennon’s rocking “And Your Bird Can Sing” and his psychedelic breakthrough “Tomorrow Never Knows,” and McCartney’s “For No One” and “Eleanor Rigby,” and you have a collection of timeless songs even with an entire side to go.

As lively and inventive as the early Beatles albums were, “Revolver” is also the one that saw them unleashed in the studio. Abbey Road was quite primitive by the standards of our day, and less sophisticated than studios in California. But producer George Martin and Geoff Emerick went out of their way to make instruments sound uncanny, to allow Lennon to indulge strange ideas (a microphone, wrapped in a condom, submerged in water), to incorporate tape loops and unorthodox instruments into the sound.

“Revolver” was so sonically advanced, in fact, that the band stopped playing live around the time of its recording: They saw no way to play its songs outside the studio. In some ways, the process deepened an insularity that would hurt the band creatively and personally.

“Revolver” isn't perfect. McCartney’s chipper “Good Day Sunshine” and his Motown-inspired “Got to Get You Into My Life” are not among the band’s best music: They’re musically derivative and emotionally forced. Despite its charm, “Yellow Submarine” may not quite fit on the album. “Revolver” would be too grim and brooding with all three of these numbers removed, but they tear its fabric a little bit.

But it’s still a wonder. Part of what’s odd about “Revolver” is that its eclecticism and psychedelia didn’t last long. Music and culture was changing so fast in the ’60s: Bob Dylan released the forward looking “Blonde on Blonde” the same year, and the Rolling Stones briefly dabbled in psychedelia. But by 1968 and ’69, musicians were turning back from the restlessness of “Revolver.” The Stones were in retro-country mode, as was Dylan. Between The Band and Joni Mitchell and Van Morrison, many of the most talented musicians were looking backward. By 1970, Jimi Hendrix — who seemed the most likely to extend the Beatles’ experimentation — was dead.

It’s also safe to say that “Revolver” was the album that kids who grew up in the’70s and ’80s grew into, once their pre-pubescent fascination with earlier, less-challenging Beatles albums wore off. It was the record they were listening to as teens, and it was the one that, possibly more than any other album, was a touchstone for the indie-rock movement of the ’90s. (Just try to imagine the Stone Roses or Oasis or Pavement or Radiohead without it.)

The Beatles experienced a backlash in the United States just before the release of “Revolver” because of Lennon’s remark that the band was “more popular than Jesus now.” More popular or not, as great as their earlier work had been, it was “Revolver” that made them deities.