Republicans were already at risk of sacrificing a whole generation of younger voters, and then they nominated Trump 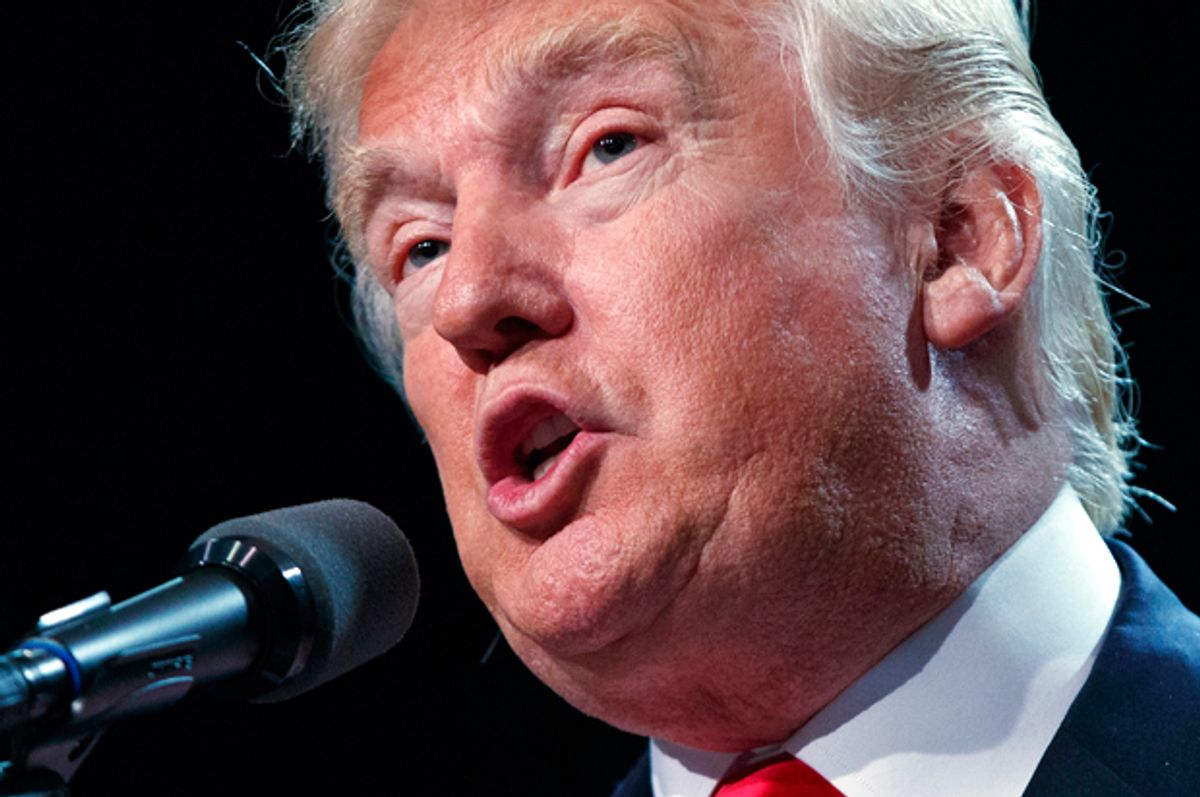 There’s really quite little in the world of political polling that shouldn’t scare the hell out of Republicans right now. Their presidential candidate, Donald Trump, celebrated his first two weeks of official nominee-dom with an extended and baffling implosion that drove down his numbers nationally, in battleground states and even in some states that a Republican shouldn’t have too much difficulty carrying. As of this writing, he’s hovering around 40 percent in the national polling averages. The recent state-level polling shows Hillary Clinton is eating Trump’s lunch in New Hampshire, Pennsylvania and Florida. And Trump’s struggling in reliably red states like Georgia and Arizona. Pretty much everywhere you look, it’s ugly.

But there’s one polling trend in particular that should have Republicans feeling frigid stilettos of panic pricking their necks: Young voters absolutely loathe the uniquely toxic Republican nominee.

Attracting the young ‘uns has been a problem of mounting significance for Republican presidential candidates for some time now. Back in 2004, a comparatively high 45 percent of 18-29 year olds voted to reelect George W. Bush. Four years later, John McCain took home a measly 32 percent of those votes. Mitt Romney performed slightly better among younger voters in 2012, but he still got blown out by Barack Obama in that age cohort.

Newly christened Republican nominee Donald Trump, however, is comically underperforming even McCain’s awful showing. The most recent McClatchy-Marist poll shows Trump running fourth among 18-29 year olds – behind both Green Party nominee Jill Stein and libertarian candidate Gary Johnson – with a miserable 9 percent. Fox News’ latest poll puts Trump’s support among voters under 35 at 23 percent, just ahead of Johnson. He’s at 15 percent with voters under 30 in the latest Economist/YouGov poll. That’s obviously bad news for Trump’s chances in November, but the longer term implications of having a presidential nominee who so effectively repels younger voters could be a big problem for the GOP.

To explain why, let’s turn to the 2002 book, "Partisan Hearts and Minds," by political scientists Donald Green, Bradley Palmquist and Eric Schickler. The thesis they lay out treats political partisanship as a facet of voters’ social identities, similar in many respects to their religious identifications. And once a voter’s political identity is developed, they write, it endures for a long time:

Partisan attachments form relatively early in adulthood. … When people feel a sense of belonging to a given social group, they absorb the doctrinal positions that the group advocates. However party and religious identifications come about, once they take root in early adulthood, they often persist. Partisan identities are enduring features of citizens’ self-conceptions. They do not come and go with election cycles and campaign ephemera. The public’s interest in party politics climbs as elections draw near, but partisan self-conceptions remain intact during peaks and lulls in party competition.

Assuming this thesis bears out, the problem facing the GOP becomes obvious. They’ve already had two consecutive elections marked by massive enthusiasm among younger voters for a Democratic president who is both politically popular and pop-culture savvy. Many of these voters have no memory or strong attachment to the scandals of the Clinton years; the backdrop for their political awakening was the Iraq catastrophe and the economic meltdown of the Bush years. To the extent that they’ve been exposed to Republican governance, it’s been typified by John Boehner’s bungling in the House, Ted Cruz’s shutdown antics and the general dysfunction that has attended the GOP’s hard lurch to the right.

And now, after all that, the Republican standard bearer for the 2016 election is Donald Trump, who is proving especially adept at driving young voters away from the GOP. With each successive election going back to 2008, the GOP has been alienating younger voters and giving new voters who are just forming their political identities compelling reasons to vote against them. That's eight solid years of bad first impressions that will reverberate for years to come.

The risk for the Republicans is that they've given away an entire generation of voters to the Democrats. Undoing that damage will take a long time, and Republican officials are well aware of how bad this could be for them. The Republican National Committee’s “Growth & Opportunity Project,” commissioned in the aftermath of Mitt Romney’s 2012 defeat, spelled it out in stark terms.

“For many of the youngest voters and new 2016 voters, their perception of the two parties was born during the Barack Obama era, and that perception will help determine their worldview moving forward,” it said. “The RNC must more effectively highlight our young leaders and fundamentally change the tone we use to talk about issues and the way we are communicating with voters.”

Instead of doing that, they nominated Donald Trump.