George P. Bush's shrewd move: His Trump backing is about one thing — keeping the GOP together 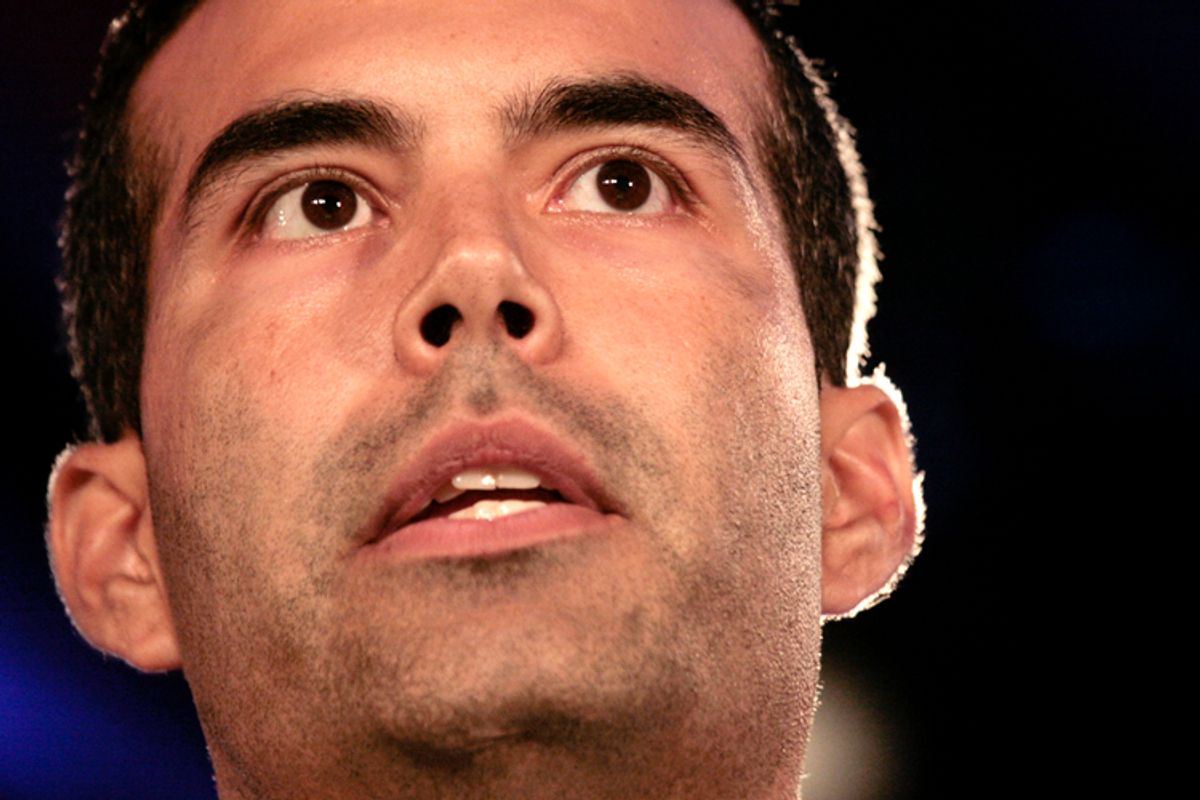 Has George P. Bush, Texas state land commissioner, son of Jeb! Bush and nephew and grandson of two former presidents, and widely seen as the member of the next generation of the family most likely to have a future in politics, embraced the darkness of Trumpism that has captured the Republican Party?

That was the question a lot of observers – including myself – answered with a loud “Yes” over the weekend, after Bush encouraged GOP activists in Texas to support Donald Trump in the election. Though it may have looked otherwise at a quick glance, this was not an endorsement.

But considering that his grandfather and uncle have all very conspicuously not endorsed the nominee – a practically unheard-of move for two former presidents from the same party – and considering Trump did not just beat but actively tried to humiliate Bush’s father during the primaries, even encouraging other Republicans to vote for Trump seemed like a deeply cynical move. No one was buying that the mild-mannered member of the most establishment of establishment families had become a hardcore Trumpster. So what gives?

What some of us seem to have missed is that Bush made this request in his capacity as the victory chairman for the Texas GOP. In this position, he is coordinating the party’s statewide efforts to get Republicans elected up and down the ballot. Since the state legislature and congressional delegation are majority Republican, and since there is a lot of concern that Trump’s historic unpopularity will be a drag on down-ballot candidates, it seems perfectly logical for Bush to be acting as some sort of cheerleader pushing Republicans to get out and vote in the fall.

And even if Bush were to follow the example of his older relatives and ignore Trump, there is little reason to think the real-estate mogul is going to lose Texas. So there is little risk within the world of Texas politics for Bush with this move. If anything, it might reflect positively on him down the road.

How Bush does within the GOP going forward depends on what happens to the party in the wake of Donald Trump’s candidacy. The split in the Texas GOP mirrors the split in the national party, with the angry grassroots who voted for Trump to be the nominee on one side and the party’s funders on the other.

Republican donors know that Trump’s isolationism, nationalism and xenophobia will reduce the party to a fringe group eventually. There is no future for a mostly white bunch of revanchists in a country becoming more diverse by the day. So if, as seems likely, the party is going to go through a period of struggle and confusion at both the national level and in at least some states, there will be a need for rising stars to lead it when it comes out on the other side in whatever form it is going to take.

If Bush has any national ambitions, at that time he will be able to point to his actions in encouraging activists who were otherwise loathe to embrace Trump to work for the greater good of the party. He will be able to sell himself as a peacemaker of sorts, a loyal soldier dedicated to the Republican brand even in its lowest moments who still fought to keep Congress and the state legislature dominated by conservative politicians.

But since some form of Trumpism will linger in the GOP long after Donald Trump departs the scene, assuming he loses this fall, Bush might have also positioned himself to have some credibility with the base. Though he won’t be able to say he gave Trump a full-throated endorsement, he can say that he tried to put his family’s bitterness at his father’s loss aside when he told the activists this weekend, “From Team Bush, it's a bitter pill to swallow, but you know what? You get back up and you help the man that won, and you make sure that we stop Hillary Clinton.”

In other words, we may strongly disagree on Trump as a candidate, but I buried the hatchet to work to elect conservatives who would support the presidential nominee in Washington. If you really are committed conservatives, you will remember that.

So whether he meant to or not, George P. Bush played this awkward situation rather cannily. He supported the broader cause of keeping the Republican Party a viable political entity with an actual future while acknowledging the power of Trumpism without hugging Trump so close that he turned off the party elders. Whether it matters in the future depends greatly on what the GOP does if it suffers an electoral wipeout in November. But in Texas, at least, Bush’s fortunes should stay very bright.