"I think that my temperament has gotten me here”: Stop waiting, there will be no “new” Donald Trump 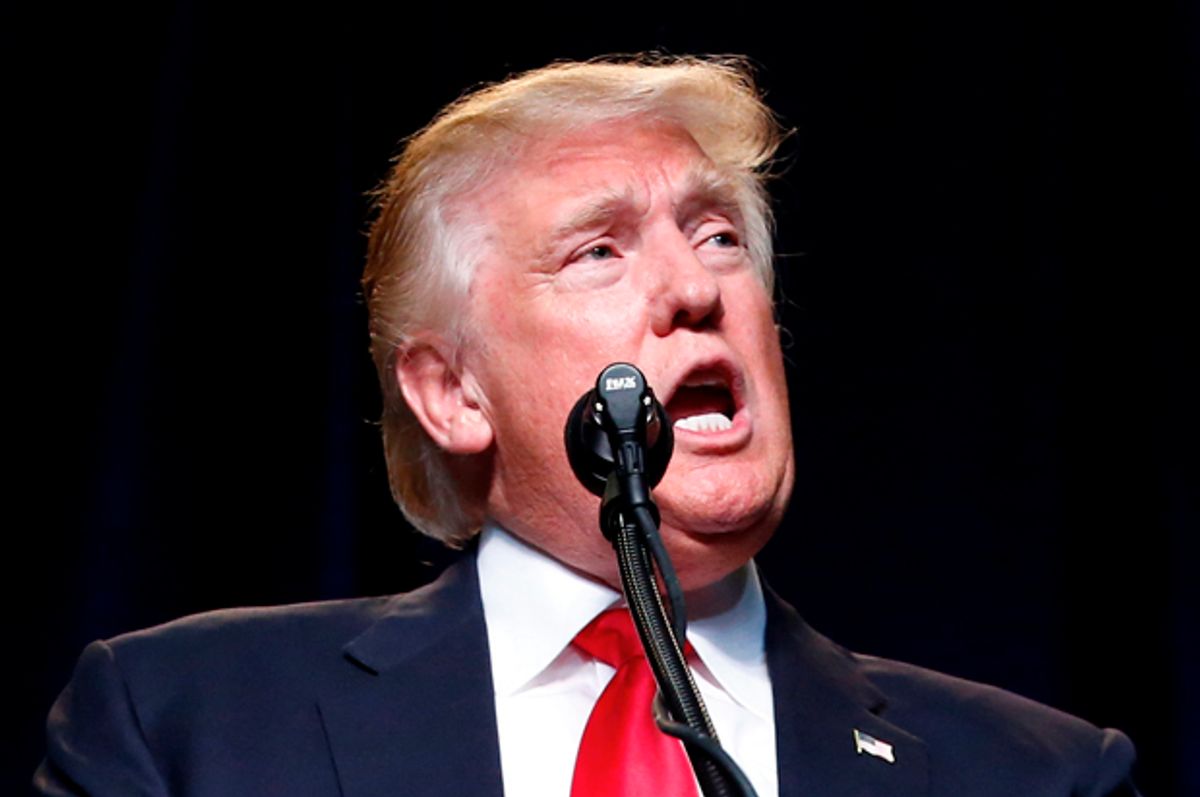 In her new op-ed outlining her opposition to her party's presidential nominee, Maine Senator Susan Collins finally admitted what so many Republicans have loathed to concede -- there will be no pivot from the outrageous antics of primary campaign to a more serious general election strategy for Donald Trump:

I had hoped that we would see a “new” Donald Trump as a general-election candidate — one who would focus on jobs and the economy, tone down his rhetoric, develop more thoughtful policies and, yes, apologize for ill-tempered rants. But the unpleasant reality that I have had to accept is that there will be no “new” Donald Trump, just the same candidate who will slash and burn and trample anything and anyone he perceives as being in his way or an easy scapegoat. Regrettably, his essential character appears to be fixed, and he seems incapable of change or growth.

Hours later, Trump confirmed just that. Despite months of promises of an upcoming "presidential pivot" for the untraditional and controversial presidential candidate, the businessman turned White House aspirant said he believed his primary strategy is the same strategy he plans to employ to win against rival Hillary Clinton in November.

“I think that my temperament has gotten me here,” Trump said on Fox Business's "Mornings with Maria" Tuesday.

“We beat a lot of people in the primaries and now we have one person left, and we’re actually doing pretty well there, but we’ll see how it all comes out," Trump said. "This is the way I won in the primaries. I mean, I won the primaries by fighting all of these insiders."

"I certainly don't think it's appropriate to start changing all of a sudden when you've been winning," Trump explained.

Just in the past two days, 50 Republican national security officials have issued a letter denouncing Trump as a "risk" to America, a couple of Republican former heads of the Environmental Protection Agency came out against Trump, a Republican congressman quit his local GOP party in order to endorse Trump rival, Libertarian candidate Gary Johnson, and the Florida GOP lost its communication director over support for Trump.

"I think it's going to work out well," Trump assured host Maria Baritoromo: