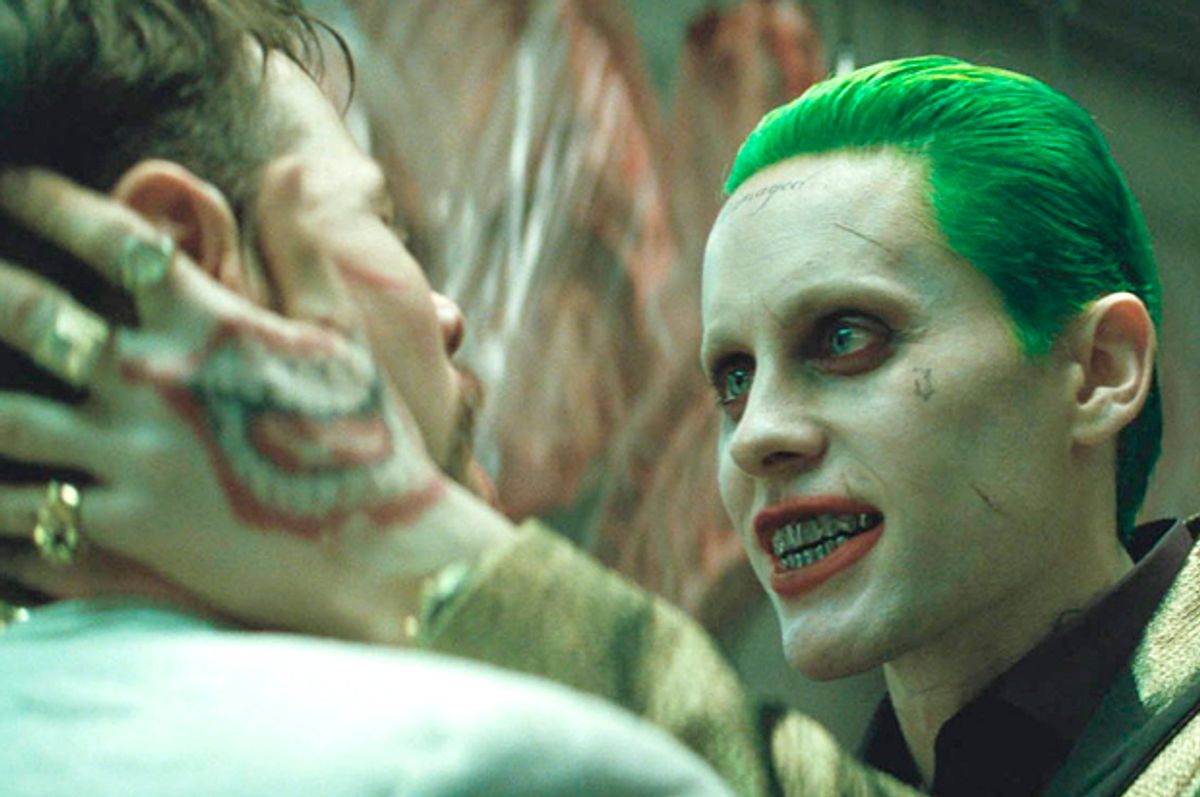 It’s easy to roll your eyes at the “Suicide Squad” petition. In case you’ve been lucky enough to miss the news, fans of the new movie “Suicide Squad” have created an online movement to shut down aggregation site Rotten Tomatoes for posting predominantly negative reviews of their beloved film. Cue the inevitable jokes about how nerds need to get a life.

Is it really that simple, though? Over the past few years, it’s become increasingly clear that fans of pop culture properties — whether movies, TV shows, books, video games, or anything else — don’t merely view them as forms of entertainment, or themselves as consumers of said media. From Comic Cons to the nostalgia craze, it is clear that millions of people deeply identify with the culture produced by others, and many of them have developed a deep sense of entitlement that at its most innocuous is merely silly, but at its worst manifests itself in ugly bigotries.

The brouhaha over “Suicide Squad” offers a great starting point for tracing this evolution from the absurd to the sinister. While there is a highly unflattering whininess in those “Suicide Squad” fans who assume that critics are compelled to share their views, Rotten Tomatoes hasn’t exactly been victimized by their petition (no one believes it’s going to be effective). The same can be said of Ben Affleck, who three years ago was targeted by a petition to recast him as Batman before critics and audiences had a chance to see that he’d wind up being the best thing about “Batman v. Superman: Dawn of Justice.” Incidents like these can be safely lumped under the “silly” category.

But what about the female film critic who received misogynistic death threats from a comic book fan incensed over her negative review for “Man of Steel?”

The same entitlement that can cause DC Comics fans to complain about unpopular actors or unfavorable movie reviews can also, if they harbor certain prejudices, come across in more harmful ways. Because only 15 percent of major movies star female characters, it was easy for fanboys with a sense of entitlement to denounce the new “Ghostbusters” reboot in viciously misogynistic language for recasting the lead roles with female performers. Similarly, because video games have traditionally targeted white men as their core audience, movements like Gamergate can spring up when reactionary gamers hear feminists call for increased gender diversity in gaming. These sexist attitudes even appear around franchises where you wouldn’t expect it; just ask Anna Gunn, who has endured years of harassment for her role as Skyler White in the TV drama, “Breaking Bad.”

Unfortunately, the problem of nerd entitlement isn’t limited to misogyny. Last year a number of racists made waves with their movement to boycott "Star Wars: Episode VII — The Force Awakens" because it had cast John Boyega, a black actor, in one of the starring roles. A similar backlash occurred when it came out that Michael B. Jordan had been cast as The Human Torch in last year’s reboot of "The Fantastic Four." Skip over to the realm of literature and things aren’t much better, as evidenced by the considerable number of "Twilight" fans who harassed indie pop singer FKA Twigs in vile racist language for daring to enter a relationship with the male star of their franchise’s film universe, Robert Pattinson.

These are only a handful of examples, but they all underscore a common theme. It isn’t simply that some consumers of popular culture harbor ugly racist and sexist views — because these kinds of fans personally identify with the properties in question, their inflated sense of entitlement over these products can make them quick to anger when that identity is challenged. This is why latent racism and sexism so often bubble to the surface among those members of the community that think of these identities in terms of being white and male.

The underlying logic is fundamentally irrational: Because they’ve financially supported these industries their whole lives and received an embarrassing social stigma for doing so, these industries owe them. While being a fan gives you a legitimate emotional connection, the underlying relationship is still that of consumer with product. Any loyalty that a fan feels is a personal choice about how to invest time and money; any choice made by a producer, from corporations to individuals, is done to promote their own self-interest. Because that involves appealing to as broad an audience as possible, this means ignoring some fans who insist on exclusivist attitudes.

What can be done about this? More than anything else, we need to change the conversation that we’re having about pop culture in general. For better or worse, the fact that an entire generation holds pop culture on such a pedestal means that the cultural has become political. As a result, when a disproportionately large number of movies, TV shows, video games, and books feature white, straight and male characters at the expense of other groups, this is an inherently political act (deliberately or otherwise) and needs to be confronted. Indeed, when nerds react to calls for diversity with hostility, they are only demonstrating how true this is. There is a poignant significance to including non-white, non-male, and non-straight voices in cultural roles that were traditionally reserved for members of privileged groups. Conversely, it is terribly disheartening when the producers of entertainment refuse to recognize the cultural power they wield and utilize it in an inclusive way.

Beyond simply calling for diversity, though, we also must infuse our debate with an awareness that being a fanboy doesn’t entitle you to anything. The common thread linking the “Suicide Squad” petition to other nerd-based racist and misogynist incidents this decade is that, at their core, all of them betray an assumption that producers of popular entertainment are beholden to the nerd community. This misunderstands a basic principle of a free market society — while consumers have the right to invest or not invest their time and money as they see fit, they don’t have the right to demand that producers act as obedient servants to their will. It’s certainly nice when an author or actor or critic or film studio shows deference to the wishes of fans, but they are in no way ethically obligated to do so. Indeed, because many fans (like many people from all walks of life) harbor terrible social views, it is very often necessary for producers to disregard the will of the more vocal segments of their fanbases. Just because some gamers don’t want increased diversity doesn’t mean it shouldn’t happen; just because a lot of moviegoers liked “Suicide Squad” (myself included) doesn’t mean the film critics aggregated by Rotten Tomatoes should agree.

At the same time, it’s also necessary for progressives to maintain an even keel about the greater significance of these cultural properties. The sexist backlash against the “Ghostbusters” reboot was certainly despicable, but that doesn’t justify alleging misogyny in every moviegoer who disliked the film (I personally thought it was good and worth seeing). While it’s important for progressives to stand up to problematic trends and tropes in cultural products, we still need to remember that they are ultimately just that — products. When we lose sight of this, we risk overreacting against those whose opinions and actions are based on an awareness of the fact that we too are acting first and foremost as consumers of entertainment.

I suspect that, years from now, future cultural historians will love to mine incidents like Gamergate and the “Ghostbusters” controversy for deeper meaning. There is a great deal to be said about a society that loves its popular culture so fervently that they will turn them into platforms on which greater social justice causes are fought. For right now, though, it behooves all of us to take a step back and recognize that there is an air of entitlement which makes all of this possible, and none of us look good so long as it remains unaddressed.