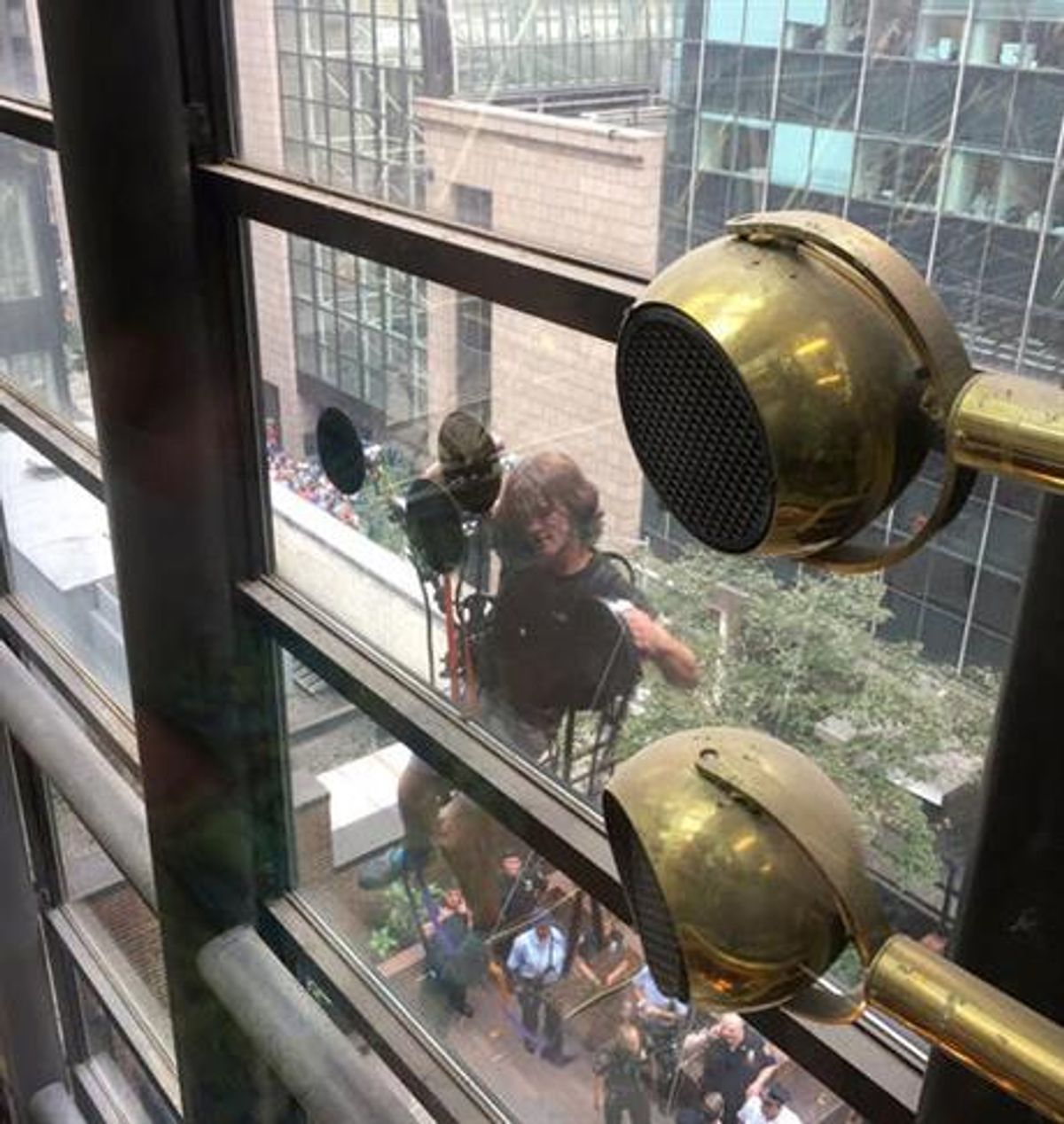 The climber has a backpack and appears to be using ropes and a harness to fasten himself to the side of the 58-story Manhattan skyscraper. He was several stories up and still climbing Wednesday evening.

Police officers smashed windows and broke through a ventilation duct in an attempt to block his progress. Officers are lowering themselves toward him using a window washer's platform.

The tower is headquarters to Donald Trump's Republican presidential campaign and his business empire. Trump also lives there.

A Trump campaign spokeswoman hasn't responded to a request for comment.

Terraces and other parts of the building are open to the public during the day.