"Ocean's Eight" tests the limits of the gender-flip reboot formula 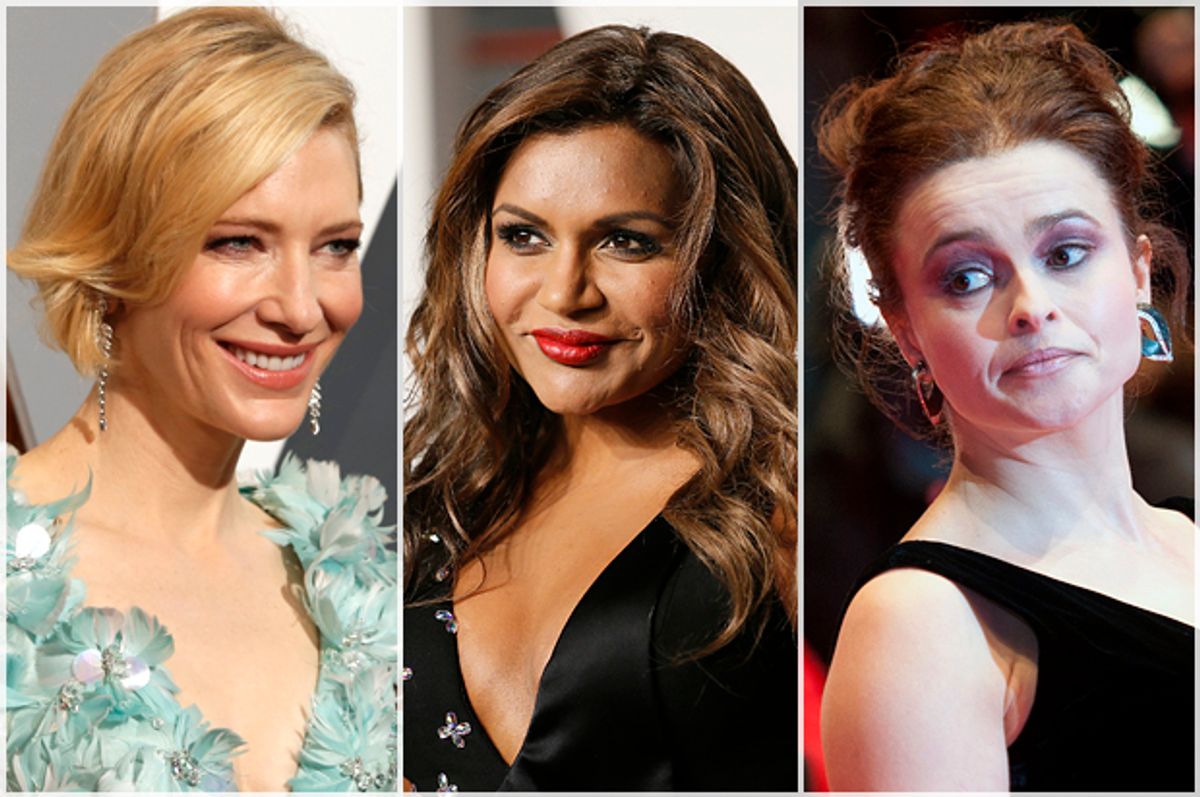 If you’re the kind of person who’s interested in gender-driven reboots, Wednesday has offered a mix of good news and bad news.

Here’s the bad part first: Paul Feig's all-female “Ghostbusters,” which was the target of so much sexist you-stole-my-childhood criticism and nearly as much reflexive defense even before anyone had seen a finished version, has tanked at the box office. Or at least, given how expensive mainstream movies (and their marketing costs) have become, the $180 million the film has earned worldwide is not enough to bring it even close to breaking even. Either way, if you were hoping for a sequel, you’ll have to rent “Ghostbusters 2” and imagine Kristen Wiig, Melissa McCarthy, Kate McKinnon, and Leslie Jones in the roles: With losses expected to be in the neighborhood of $70 million, this reboot that was supposed to create a whole new “Ghostbusters” universe seems to be, instead, closing one off.

By contrast, the announcement of casting for “Ocean’s Eight” has been greeted with a great deal of enthusiasm online. Without question there’s an enormous amount of talent when you put Cate Blanchett, Sandra Bullock, Mindy Kaling, Anne Hathaway, Rihanna, Helena Bonham Carter, and rapper Awkwafina in the same film. (Details remain to be worked out and not all of these actresses are officially attached.)

But at least two things about the description are disturbing. First, this is more evidence that Hollywood can’t seem to come up with original material that doesn’t come from a comic book or a film from the past. We’ve gotten so comfortable with reboots now that reboots of a reboot are what we have to look forward to?

Second, the casting seems both random and formulaic. These seven names cover a lot of ground, it’s nice to see some racial diversity, and Blanchett is among the best actors of our day. But is there any chemistry here? Any sense that these figures belong together?

Neither the original 1960 “Ocean’s 11” nor the Steven Soderbergh-directed remakes that began in 2001 were great movies. They’re not even all good movies. But they had chemistry. The original, a Vegas heist film directed by Lewis Milestone, starred Frank Sinatra along with his Rat Pack — Peter Lawford, Dean Martin, Sammy Davis, Jr. and Joey Bishop. There were other actors in the film, of course, but with this core of actors who’d worked together well, “Ocean’s 11” made sense at least some of the time.

Soderbergh has done far better work, but he cast his “Ocean’s Eleven” intelligently. George Clooney, Brad Pitt, and Matt Damon made sense in a neo-Rat Pack kinda way, and Don Cheadle, Julia Roberts, and several of the others in the film had worked with the director before. The stakes for his movies were not high, but the team of thieves, at least, was convincing.

There’s always the chance that “Ocean’s Eight,” directed by Gary Ross, will get things right. But it’s hard to imagine these women having much in common. And while Kaling, for instance, can be a hilarious and disarming comic, a little of her goes a long way: How will her neediness and intensity work out at movie length? And how will, say, Blanchett’s usual restraint fit with the more extroverted actors she’ll be surrounded with? By contrast, the cast of the rebooted “Ghostbusters” seems like a model of teamwork.

There’s another way the movie could be great, and that’s if the re-gendering leads to some funny or politically interesting moments. The forthcoming rebooted “Splash,” with Channing Tatum standing in for Daryl Hannah’ mermaid, at least provokes a kind of crooked smile at just how the gender-bending might work. But in 2016, "female thieves" is not a particularly innovative idea. It’s up to Ross and his cast to prove to us that it’s, at least, an entertaining one.