An abuser's best weapon: The murder that wiped out a Pa. family is a reminder that guns are too easy to get 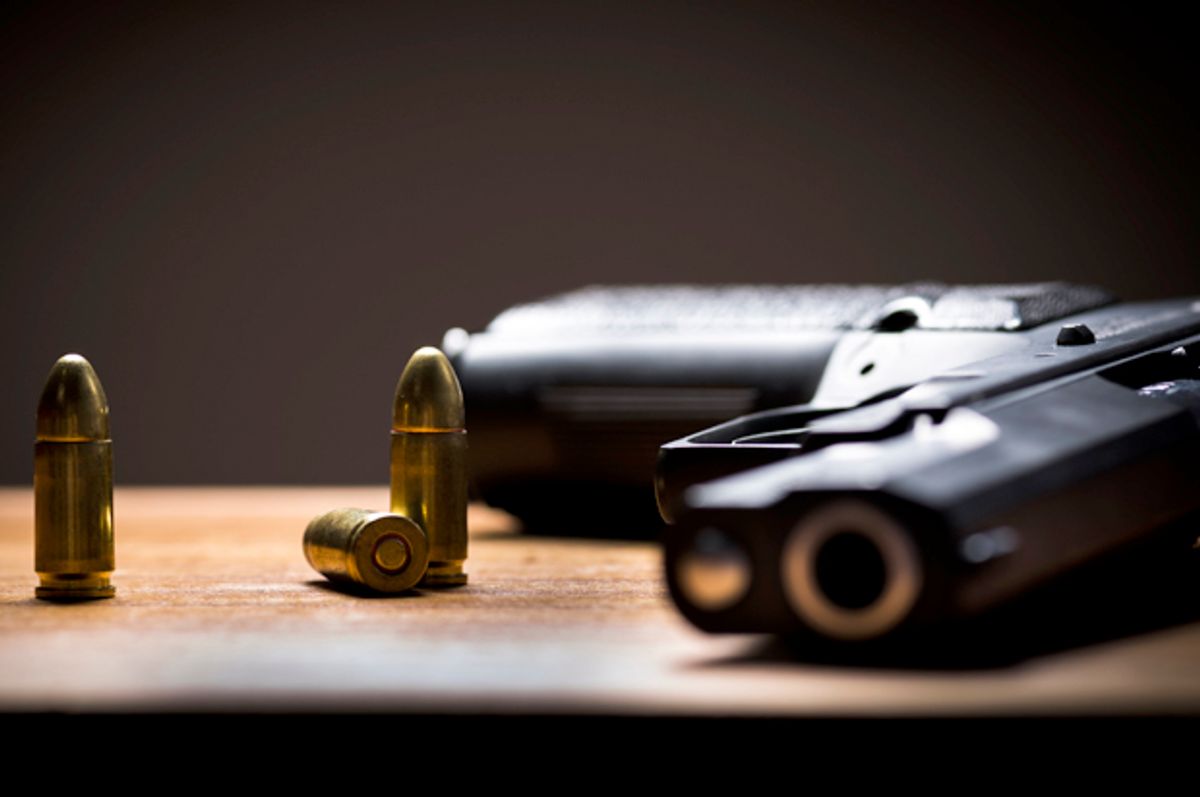 Over the weekend, five family members — Mark and Megan Short, along with their three children and even the dog — were found shot to death in their home in Berks County, Pennsylvania.

Initial media coverage made it seem like a great mystery as to what likely happened here. Stories played up the heart disease struggles of the youngest victim, Willow Short, and her mother Megan's public struggle with PTSD that she developed in reaction to the stress. NBC 10 in Philadelphia interviewed a social worker who focuses on the "pressures" that might lead people to "snap."

Even though most of the articles did mention, almost in passing, that the couple had been struggling with "domestic issues." this coverage could very easily lead readers to believe that the likely story here is that one or both parents committed this horrible crime as a reaction to the stress of Willow's illness or Megan's mental health issues. But then — in a development that should be no surprise to anyone who actually understands the issue of domestic homicide — new details suggesting a very different story emerged.

"Megan Short, who died alongside her husband, Mark, and the couple's three children in an apparent murder-suicide over the weekend, had been planning to leave her husband, " read the follow-up report at NBC 10. The story went on to detail that the couple had started dating when Megan was only 17 years old and Mark was 24, and that Megan had been communicating with friends about her desire to leave and her belief that her husband was abusive.

While there's no way to confirm for sure what happened here, the entire story is a potent reminder that while mass shootings where madmen attack strangers grab the most headlines, the much larger problem in this country is people, mostly men, killing partners and family members — and then often themselves — in a desperate act to maintain dominance and control.

"In approximately 70% of domestic violence homicides (current or ex-intimate partners) there has been prior domestic violence against the female (not necessarily reported to police) ," Dr. Jacquelyn Campbell, a domestic violence researcher at Johns Hopkins University explained over email, adding that "leaving the abusive relationship increases risk" of domestic homicide occurring.

"But the strongest risk factor — over and above prior DV – is gun ownership on the part of the male partner," she added.

The National Rifle Association, naturally, begs to differ, instead trying to push guns as a way to prevent domestic violence and homicide.

"Here's a message to every rapist, domestic abuser, violent criminal thug, and every other monster who preys upon women," Dana Loesch of the NRA sneers in a July video commentary for the NRA.

"Maybe you've heard the stories about millions of us flocking to gun stores," she continues, turning the very real horrors of violence against women into a sales pitch for the gun industry, by suggesting that having guns in the home protects women against such violence.

“A gun in the home can be used by either party," William Rosen, legal counsel for Everytown For Gun Safety explained in a phone interview, pouring cold water over that fantasy that victims can protect themselves by bringing a gun into the home.

"Over the past 25 years, more intimate partner homicides in the U.S. have been committed with guns than with all other weapons combined," explains a report from Everytown For Gun Safety. "Women in the United States are eleven times more likely to be murdered with guns than women in other high-income countries." As Rosen noted, the presence of a gun quintuples the likelihood of a domestic violence victim being murdered.

Campbell sent me a PowerPoint that she and her team and put together that puts these statistics into perspective. The NRA wants women to believe that having a gun into the home will keep them safe, but the sad reality is that it just makes it easier for an abuser to kill you.

In 2009, the National Institute of Justice convened a panel on familicide, which is the name for what happened to the Short family. At it, researcher Dr. David Adam reported on a study of 591 murder-suicide cases that showed that a gun was used in 92% of these cases.

The increased likelihood of gun use might suggest that these are impulse crimes — the "he snapped under stress" narrative — but there's reason not to think that's so. Most femicide-suicides are premeditated, according to a 2006 paper published in Violence and Victims.

"That femicide-suicides typically occur following estrangement and are planned acts support" the theory that most of these crimes are rooted in "male proprietaries, a pathological possessiveness that deals with power and control".

Rooting out millennia of male dominance that leads to some men developing those attitudes will take decades, at least, of work, but there are things that can be done right now to make it harder for those men to kill.

Everytown's Rosen explained the four legislative steps states can do to reduce domestic homicide: "Background checks on all gun sales; making sure you have comprehensive prohibition, on the state level, of people who have been convicted  of domestic violence or are under domestic violence restraining orders; making sure those people have to turn in guns they already own when they become prohibited; and making sure stalkers, convicted stalkers, can’t buy guns."

Of the four, Rosen emphasized, improved background checks matter the most.

"Most states only require background checks from licensed dealers," he detailed. "Which means that every year, millions of guns are exchanged in unlicensed, private transfers without a criminal background check. So it’s easy for domestic abusers, who are not allowed to have guns, to get them anyway."

"In states that have closed this loophole and required background checks on all gun sales, 46% fewer women are shot to death by intimate partners," he added.

Another important step is making sure that for domestic abusers who already have guns,  "state laws should make sure there is a process, for those people, to turn in guns they already own."

The NRA, which works for the gun industry and is interested in selling more guns, wants you to believe guns are the solution to the problem of domestic violence. But, as the Short family tragedy suggests, injecting guns into already tense and abusive family situations only makes it more likely that things will turn from ugly to deadly. These common sense fixes might not prevent all murders like this one, but it can help stop some of them.