Speaking on the economy, Hillary Clinton eased the concerns of progressive activists and lit into Donald Trump 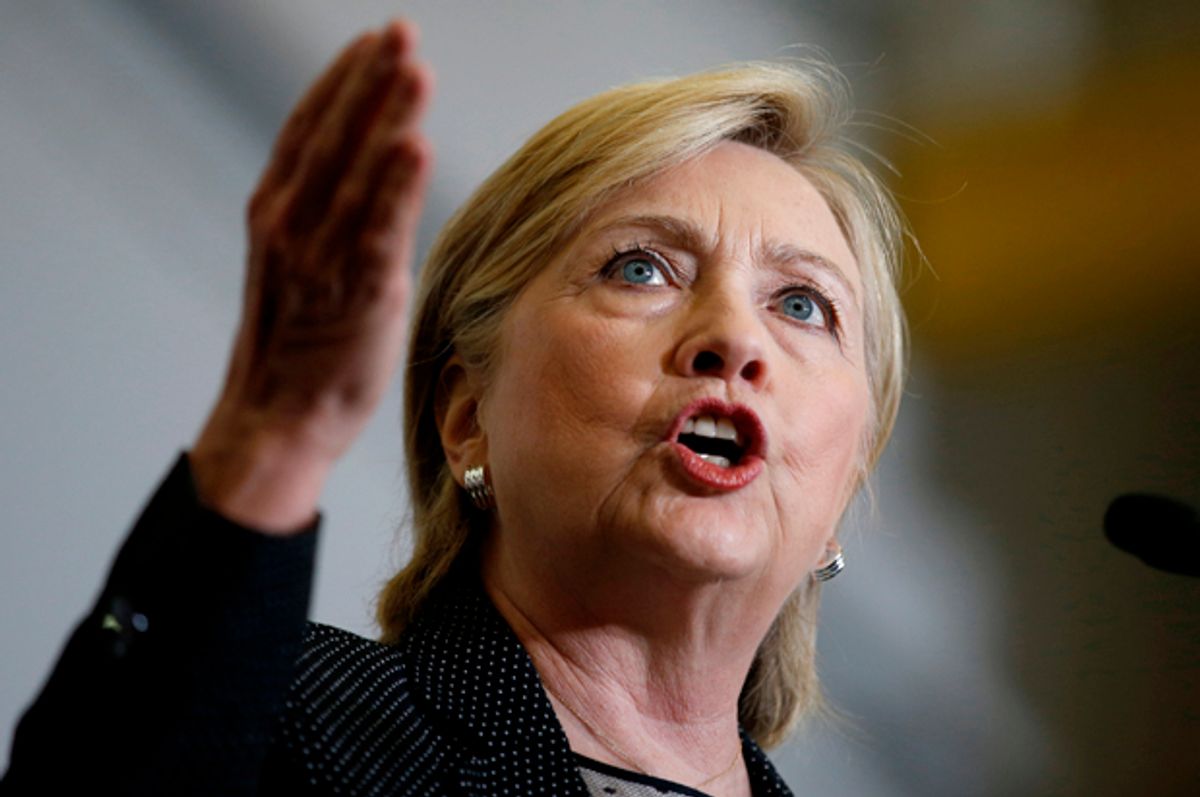 Heading into Hillary Clintons’ big economic speech on Thursday, there was some concern among progressive groups that the Democratic presidential nominee was going to use the opportunity to nudge her policy agenda towards the center. She’d secured the nomination and no longer had to worry about Bernie Sanders’ challenge from the left, and her campaign was in the middle of a high-profile push to recruit Republican defectors away from GOP nominee Donald Trump, which left open the possibility that she might start moderating for the general election.

Well, Hillary’s speech seems to have put those concerns to rest. At least for the moment. She also put together an effective line of attack against Trump’s economic agenda, separating his populist rhetoric from the reality of his policy proposals.

Clinton hit a number of progressive themes and issues during her remarks in Warren, Michigan: she called for a large boost in infrastructure spending and the creation of an infrastructure bank, she committed to connecting every household in the country to broadband internet by the end of her first term, she offered a strong defense of the Consumer Financial Protection Bureau, and she backed tuition-free college for everyone except the wealthy.

This is the stuff that activists want to hear, and the progressive groups that were slightly wary of Clinton heading into the speech were pretty ebullient over Hillary’s TPP remarks. “These were Hillary Clinton's strongest words yet against the TPP,” Progressive Change Campaign Committee co-founder Adam Green said in a statement. “For the first time, Clinton signaled she will personally work to kill the corporate-written TPP if it comes up after the election in an unaccountable lame-duck Congress.” The Roosevelt Institute also lauded Clinton’s speech in a statement released in conjunction with Democracy Corps: “With this economic speech, Secretary Clinton has made this election a choice about whether our economy works for all, not just the few, and that allows progressive economics to win a mandate in November.”

The flip side to Clinton’s renewed embrace of progressive economic policies was her dismantling of Donald Trump’s economic platform. She seized on the Trump plan’s reduction of taxes on so-called “pass-through” entities (calling it “the Trump loophole”) which would allow high-income households to pay far less in taxes on their income than they would under normal circumstances. The pass-through loophole is a massive tax break for the rich, one that would benefit Trump himself, as pass-through entities are “a cornerstone of the Trump Organization.”

Clinton also took a bite out of Trump for proposing a full repeal of the estate tax. As I wrote following Trump’s big economic speech this week, nixing what remains of the estate tax will benefit the super-rich almost exclusively. Hillary made this same point, tying estate-tax repeal to Trump personally and weaving in elements of greed. “If you believe that he’s as wealthy as he says, that alone would save the Trump family $4 billion. It would do nothing for 99.8 percent of Americans. So they’d get a $4 billion tax cut, and 99.8 percent of Americans would get nothing.”

On child care policy, her anti-Trump message was very much the same, given that Trump’s child care plan is a pro-wealthy heap of flaming trash that no one thinks is a good idea. “His plan was panned from the left, from the right, the center, because it transparently is designed for rich people like him,” Clinton said. “He would give wealthy families 30 or 40 cents on the dollar for their nannies, and little or nothing for millions of hardworking families trying to afford child care.”

These are sharp attacks because they strip away the absurd patina of populism that Trump likes to coat himself in with his protectionist ranting and broadsides against foreigners who steal our jobs. Those rhetorical flourishes have little to undergird them, and whenever Trump actually wades into policy details, he invariably ends up churning out proposals that explicitly reserve the lion’s share of benefits for people who do not need them. That contradiction undermines the core of Trump’s “populist” pitch, and Hillary’s hammering away at it, pointing out that Trump can’t be a man of the people while primarily looking out for the interests of his own tax bracket.