“There's so much shame and stigma”: "Abortion Stories" director Tracy Droz Tragos pulls back the curtain on "super complicated" issue 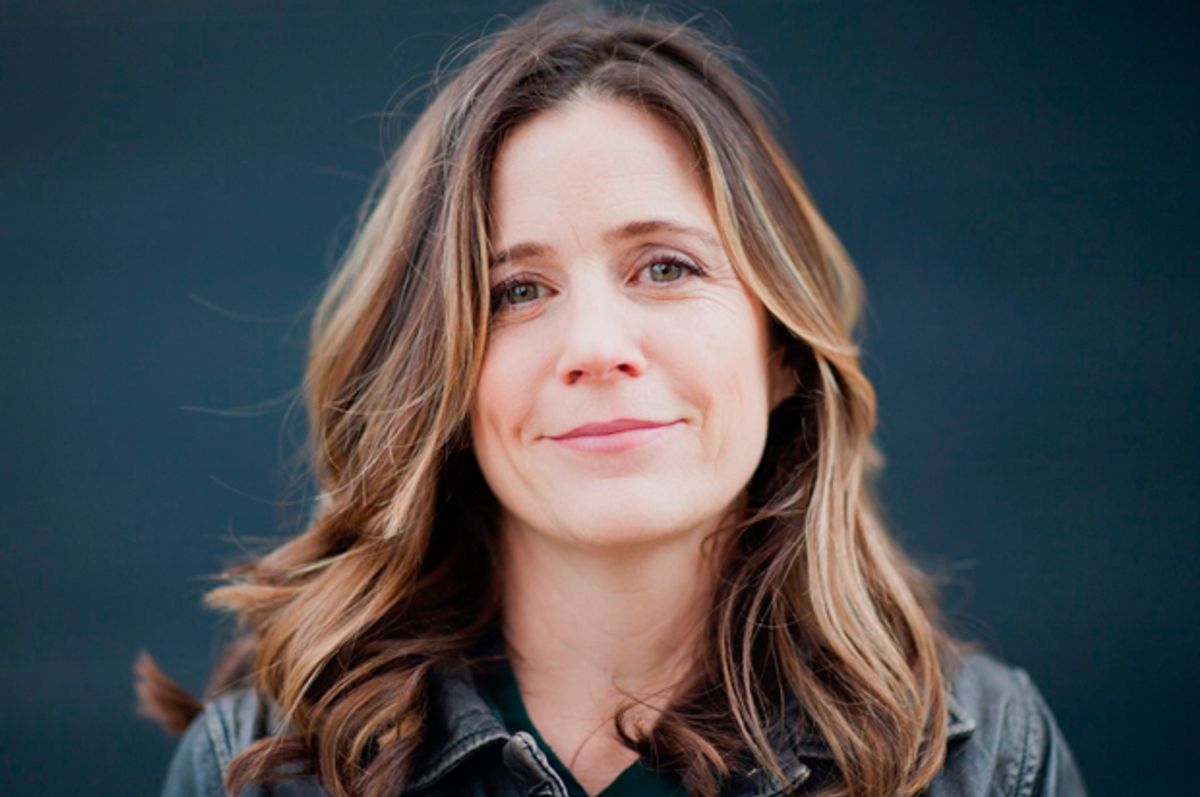 "It's probably easy to bully someone you don't know," says LA-based filmmaker Tracy Droz Tragos. It's different once you walk in her shoes." And with her powerful new HBO Documentary Films release "Abortion: Stories Women Tell," Droz Tragos is inviting you to walk in a uniquely vilified pair of shoes — those of pregnant women seeking abortion, and in a state where their access has been all but cut off.

Roughly half of all women will have an unplanned pregnancy in their lifetimes. As many as one in three will have an abortion. Yet we still live in a country in which the opponents of reproductive choice have the advantage of pretending that this constitutional right is only exercised by a certain kind of woman. You know the caricature — the selfish, reckless one who sees pregnancy as an inconvenience, who coldly rejects the beautiful blessing of new life. And if the forty-plus years since Roe v. Wade have taught us anything, it's that it is very easy to make that imaginary woman a political pawn. In reality, the woman who finds herself facing a choice doesn't fit neatly into one particular type.

Like its stunning predecessor "After Tiller," "Abortion: Stories Women Tell" depicts the intense and thoughtful process that women go through — and it also takes time to try to understand the perspective of the anti-choice believers as well. Centering on Droz Tragos' home state of Missouri and what has happened there since abortion access has become severely limited and a mandatory 72-hour waiting period for abortion has been in effect — even in the cases of rape and incest — the film follows a wide selection of women.

There's a Christian couple who planned their pregnancy, but have a fetus with a fatal condition. There's the abused woman who says, "My son's father was going to beat the baby out of me anyway." There's the single mother of two who's already working over 70 hours a week, who says, "I cannot put my family through this."

There's the doctor at the Hope Clinic in Illinois, who sees women who've traveled far for the procedure they can't easily obtain in their own state — and who's been the victim of targeted harassment. There's a tough clinic security guard, who faces down protestors and tells them, "Protest the people who keep having kids." There's a young woman whose plans for adoption fell through, now raising her baby instead of attending college as she'd expected. There's the fresh-faced, evangelical anti-abortion crusader.  There are older women who, decades later, are grateful for the lives that reproductive choice enabled them to have.

They have names. They have faces. They have complex, emotional stories, ones that deserve to be seen — regardless of where you stand on the issue.

Salon spoke recently to Tracy Droz Tragos — whose previous films include "Rich Hill" and "Be Good, Smile Pretty" — about her new movie. The film opens in select cities today.

What made you choose to focus on your home state of Missouri for this story?

I knew that it was a state that was conservative. I new that education was largely abstinence-based and that it was hard to access birth control. I started working on the film on the eve of the 72-hour waiting period. It was really clear what we had to do this, and in ways that never felt manipulative.

Was it challenging getting women to speak on camera?

There were often days at the clinic where there were women who were supportive, but couldn't put it on their shoulders, because they did fear the shame and stigma and being punished in their families and jobs and communities. That's the big goal with more women sharing their stories, more women being seen — not just their feet but as real women and full-faced. We've launched the web site as destination of sorts. [The Stories Women Tell site has an option for guests to anonymously submit their own abortion story.] There's a real movement toward women coming out with their abortion stories.

It was interesting to see a film that showed such a spectrum of experiences and perspectives; it's definitely not your typical pro- or anti-choice kind of story.

That's probably one of the most common comments. It's such a fine line to walk. I have not had an abortion, but access is personal and important to me. The big, big goal from way back when was to shift the conversation back to women — back to women who are affected — and away from the abstraction. It's people, you know? These are not bad people.

We knew there was going to be a cumulative effect. We couldn't have just one woman's story. Abortion is accessed by women of all walks of life, all circumstances. There's no poster person for that. It was really important to cast as wide a net as possible — which was a logistical challenge because there are many more stories.

I'm coming from a very privileged place to not have had to make that decision. I just came back from seeing Dr. King [the Hope Clinic abortion doctor featured in the film]. I had dinner with her and she had to take a call because she had a patient who was ten. This is not something that's particularly rare.

There's no medical basis for that [72-hour waiting period] law. That's about someone else thinking, "Maybe women with more time or more hurdles will give up" — and some of them do. I think the abortion foes think if they had time to think they'd realize that motherhood is the best path. It's not so easy for anybody. Having an abortion is not something anybody sets out to do. It's not a thing you look for. People have a plan. It's not fun to have to give up a basketball scholarship and an opportunity for education. It's not fun to care for a child you feel ambivalent about. It's super, super complicated.

And you show that there are women who are grateful to be having an abortion, even as they also really struggle with their feelings.

It was important that this not just be dismissed as an advocacy film and preach to the choir and have the lines we're all comfortable with. Women are complicated beings. We can hold at the same time relief and sadness, but people think you've either got to have an abortion and feel fantastic about it, or regret it. No matter what a woman's choice is, there's so much shame and stigma — like the young woman mocked for being pregnant at 16. It's a lose-lose-lose situation.

You also don't demonize the opposing side.

I don't think everyone in the anti-choice world — or as they like to call it, pro-life movement — is the same. I do think there is the fringe and that they're bullies, they're hateful. But we're talking about a real fringe, a probably troubled bunch of people, and who knows what their motivations are or what their true situations are? Who these folks are that feel that they have so much hate or they get to judge what you do is beyond me. But not everyone is such a bully. As long as we're coming from a place of compassion and respect, everybody deserves dignity and personal decision making. I think there is a pro-life message that is heard here, and I hope if people are pro-life and they're interested in women, this is an opportunity to understand and see the faces of those affected.

Every day the beat goes on. When you sit across from someone or walk in their shoes, it becomes so much clearer that women's rights are human rights. And women are not bad because they've had sex. Anyone who gets pregnant should have access to the healthcare that they need. I hope audiences who see this film come away with greater appreciation of what's at stake and deeper compassion, whatever their choices.