Grandparents or parents? Coverage of Simone Biles shows that we still don't know how to talk about adoption

A commentator said Biles's parents were "NOT her parents;" Twitter revealed that adoption is still cloaked in shame 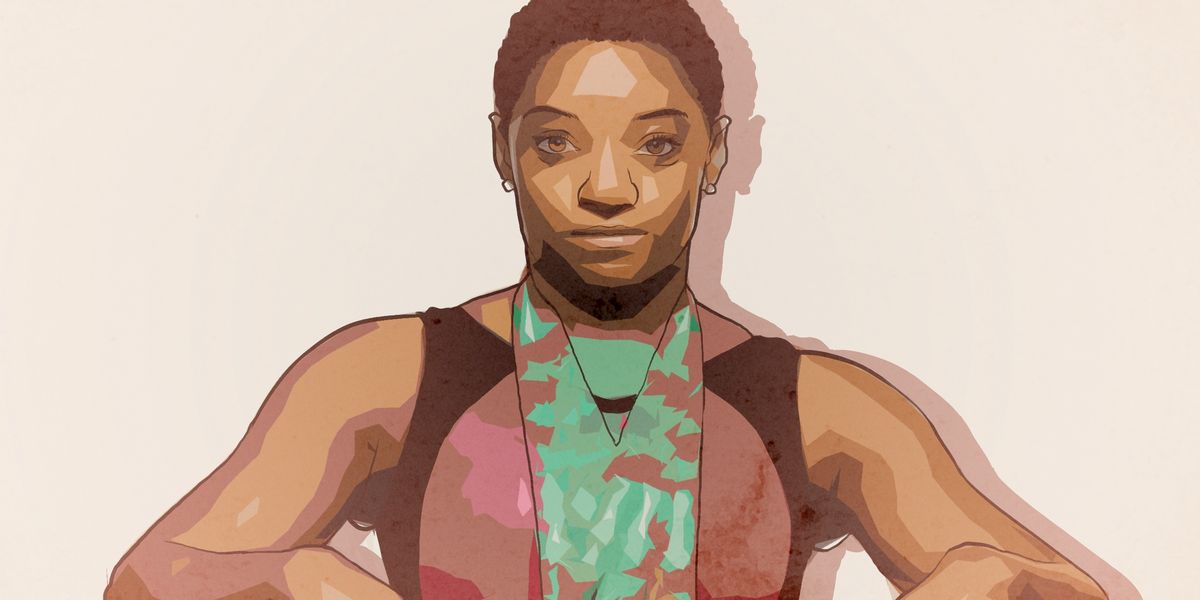 When my fourth-grade English class started a newspaper, I knew what I wanted to write about. Fed up with classmates asking questions about my “real parents” (anyone I talk to for more than 90 minutes will learn that I’m adopted), I sat down at my family’s Macintosh LCII and hunted and pecked my way through the hard-hitting think piece that would set the record straight on adoption forever.

Like any thorough journalist, I understood that to make my article really compelling I couldn’t just rely on my own opinions. With the help of my mom, her grown-up phone manners and the yellow pages, I got on the horn with a source, a woman who had also been adopted. Though we talked for a while, I don’t remember anything she said. All I remember is her request that I not use her name.

That was the first time I realized that one of the biggest things that defines me could be seen as a source of shame.

Enter Simone Biles, the gold-medal-winning gymnast who Olympics fans are screaming for around the globe. She’s also adopted.

The Olympics are about more than just sports — it’s a time when countries come together regardless of race or politics to root for their representatives. And for the Olympians, it’s also about family. Maybe Mom’s your coach. Maybe Dad woke up early every morning to drive you to practice. Or maybe the ones you love just stood on the sidelines and cheered and cheered and passed out from so much cheering. For Simone, this family is Ron and Nellie Biles.

So while covering the Olympics for NBC on Monday night, sports commentator Al Trautwig did a pretty common thing and talked about Biles's family. Except he called Biles’s parents her grandparents. OK, it was a little tackier than that. He actually called them her grandfather and his wife, but that’s still not the bad part.

Though Ron and Nellie are biologically her grandparents, they raised her and identify as her parents. Sure, people misspeak. Even TV announcers. Maybe especially TV announcers. What really matters is how a mistake is handled.

Trautwig's misstep could have been a teachable moment. Upon realizing that he had upset a large group of people with the same capacity for love and pain and grief and joy as himself, Trautwig could have used his position as a public figure to give voice to a stigmatized population.

That ain’t what happened.

Upon being called out on Twitter, Trautwig doubled down on his ignorance in a now-deleted tweet, saying, "They may be mom and dad but they are NOT her parents." Like the kids who protested, “You know what I mean,” when I told them I did know my real parents because I lived with them and they were my parents, Trautwig wouldn’t let us have a family.

@jenunexpected @AlTrautwig @NBCOlympics I'm adopted and I don't call my parents my adoptive custodians. THEY ARE MY MOM AND DAD. IDIOT.

The capitalized "NOT" in Trautwig's tweet was what really stung. Why was it so important to this man, and to the many responding to @jenunexpected's tweets about his insensitivities, that everyone know the genetic facts? What difference does that make except to a eugenecist? @AngryEditorials sarcastically suggested that if grandparents is such a problem, Trautwig could call Ron and Nellie Biles Simone’s “adoptive” parents.

@jenunexpected @AlTrautwig @NBCOlympics BULLSHIT!
They are her grandparents for heavens sakes you! Would you prefer Adoptive parents? Lawd!!

Seriously, guys, what’s wrong with "parents"? @jenunexpected “doesn’t get why this is so hard to understand” and neither do I.

People still going out of their way to tell me I shouldn't have cared abt @AlTrautwig's "mistake" -- why do YOU care? It's done.

But, of course, that wasn’t the end of it. @PatriotMom2911, whose profile pic urges us to “defund Obamacare now," thought she was standing up for Biles when she condemned @jenunexpected for creating “drama”—completely missing the point that Biles and her family have the right to be a family, and that it’s Trautwig who started the drama.

Trautwig later apologized, saying his “regret" was that he "wasn’t more clear with [his] wording on the air.” But he seems to be more concerned with labeling everyone as he sees them than he is with respecting his fellow human beings.

For Trautwig and others who might not know, being adopted can make you feel very alone—no matter how loving and kind and accepting your family might be. You work to believe that these people are your family. You work to believe that no matter how many different ways your life might have gone, how many different people you might have called Mom or Dad or both or neither, that you are where you belong. And just when you start to believe you belong, someone who usually doesn't mean to offend reminds you that maybe you shouldn’t feel that way.

Biles isn't the first adopted person to be publicly talked about in such a manner. And there are many problematic ways in which adopted people are talked about.

A question about Faith Hill’s origin story reminds me of the bygone era when being born a bastard brought a lifetime of shunning: The accidental children who were born with a little more original sin than the rest. The children in need of a selfless hero to take them in and raise them like their own.

The notion that adoption is shameful is so ingrained in our understanding of family that when a celebrity like Ray Liotta talks about adoption, it’s always called “opening up,” like it’s a secret to be kept.

Ray Liotta opens up about being adopted https://t.co/mbWxsprP5T

Kristen Chenoweth addresses this when she talks about always knowing that she was adopted. It’s not a secret to be kept from a child, told only when they’re mature enough to know the horrible truth.

Kristin Chenoweth: The Biggest Blessing of Them All
"I’ve always known that I was adopted."https://t.co/rGLaGMvOaF #NAM15 #AdoptionMonth

And because everything always comes back to money, the website Celebrity Net Worths reminds us Jamie Foxx was adopted, in case anyone was curious who might make claims to his fortune.

Jamie Foxx Net Worth:   Foxx had little contact with his delivery parents developing up and was adopted by hi... https://t.co/BXps6qhArc

Adopted people are a unique minority because we are desperate to assimilate and are continually told we're not allowed to. Adopted people can't be spotted, and when that status is revealed, people hurry to put you in your place and remind you that you are not and cannot be like everybody else.

The Biles-Trautwig incident may not change the way we talk about adoption overnight, but the conversation born from it is chipping away at the roadblock to our understanding that a family is a family no matter how it comes to be.