Hard to compete, but Tucker Carlson also had the most ridiculous hissy fit ever 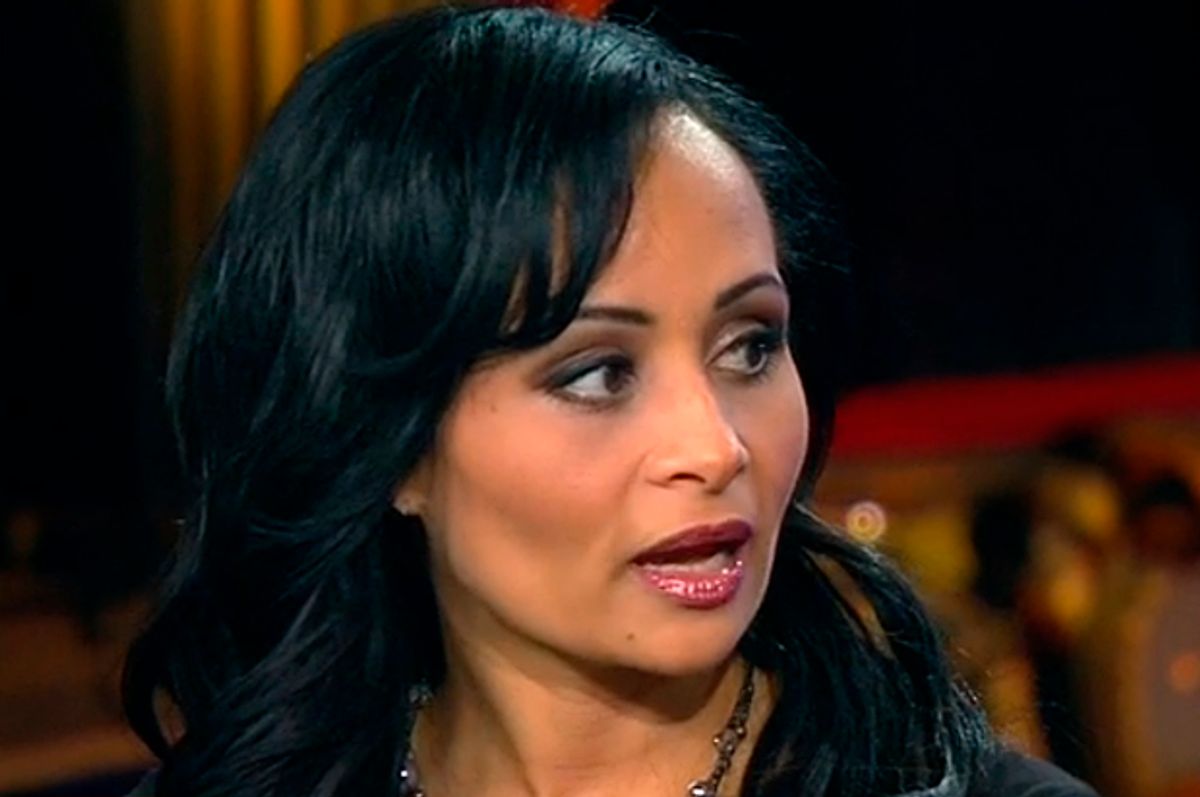 Sure, sure, sure, Donald Trump had his worst and most heinous week ever. (If we had a dollar for every time we’ve said that!) The man floated the idea of assassinating Hillary Clinton; insisted repeatedly that President Obama founded ISIS, then chided everyone for taking him seriously; suggested illegally trying U.S. citizens at Gitmo; and railed about a rigged election that has not occurred. More conservatives and dozens of national security officials fled the Republican nominee, as did voters. Just another week in the Trumpoverse.

But man, this guy attracts the best and the brightest. Winners like Katrina Pierson, Jeffrey Lord and now Carl Paladino.

Not familiar with these three outstanding political thinkers, these Trumpian spinners of tales? Read on for some of their latest antics.

It’s very hard for Katrina Pierson to keep track of who started which war. C’mon guys, that’s hard. Especially when these wars go on and on forever. Also history, schmistory. It’s all Obama’s fault.

After being severely dressed down recently for saying that Captain Khan was killed in Iraq under Obama’s watch in 2004 — when Bush was president and Obama a senator who had opposed the war — Pierson decided to put her knowledge of recent wars on display again Saturday.

This time, she accused Obama of owning the war in Afghanistan, which is odd, because he was a state senator when that war was launched in 2001.

“Remember we weren’t even in Afghanistan by this time,” Katrina Pierson told a puzzled CNN host. “Barack Obama went into Afghanistan, creating another problem.”

Asked to clarify whether she meant he launched that war, she said, “That was Obama’s war.”

Well, no, though he did announce a surge there in 2009 when he actually became president.

Next up? Pierson blames Obama for WWII. Stay tuned.

Although Donald Trump declared the Khan family controversy over and “put to bed” this week (and Mika Brzezinski tried to point out to him that he does not get to choose when people stop talking about it), apparently the chairman of his New York campaign did not get the memo. Carl Paladino, an atrocious GOPer who has run for governor of New York and been thoroughly humiliated in that attempt, is of the belief that it’s always a good idea to attack Muslim families, no matter who they are.

On Friday, Paladino said this about Clinton and Trump to the host of "Imus in the Morning."

“We’ve got an un-indicted felon [Author's note: OK, not a thing] as his opponent and you’re talking about Khan, about him making a remark about this man? All right, I don’t care if he’s a Gold Star parent. He certainly doesn’t deserve that title, OK, if he’s as anti-American as he’s illustrated in his speeches and in his discussion. I mean, if he’s a member of the Muslim Brotherhood or supporting, you know, the ISIS-type of attitude against America, there’s no reason for Donald Trump to have to honor this man.”

It’s hard to be worse than Trump himself, but apparently manageable for some.

Keeping the level of discourse as high as possible, Paladino went on insist that Obama is a Muslim and Hillary Clinton is “devious” for hiding her alleged health problems, health problems that have been debunked.

“But if you’re really looking at what’s been exposed about Hillary and Hillary’s demeanor, I mean, just look at the deviousness. If it is true about her health problems, I mean, how devious can a woman possibly be? And not telling the American people that she’s got some sickness, she’s definitely impaired.”

Things are getting desperate over at Fox News. To the difficult question of how to spin the Orange One’s really bad, no-good, horrible week, Tucker Carlson had to dig really deep.

The headscratcher he came up with? The fact that mean old Hillary Clinton acknowledged the existence of white privilege back in June is just as bad as all the bad things Trump has said lately.

Here’s the core of what Hillary said:

"White Americans need to do a much better job of listening when African Americans talk about the seen and unseen barriers you face every day. We need to recognize our privilege and practice humility, rather than assume our experiences are everyone else’s experiences."

Man, that is hurtful stuff. That is like a personal attack on privileged, thin-skinned white guys like Carlson. Why doesn’t the media get all up in her face about that, like they do with Trump when he suggests assassination, or that Obama founded ISIS.

"I think [the media] have a right to ask Trump tough questions...Totally fair. But they are giving Hillary a complete pass. They're acting on her behalf and they're devaluing their moral authority in doing it. It's a big mistake. […]

"He can't back down. That's for sure. I just wish that they would apply the same standard to Hillary when she says, for example, all white people are privileged and therefore should apologize. It's like, really?"

Putting aside the insanity of comparing Clinton’s reasonable and inarguable statement to Trump’s incitement of violence, might we also mention that no one else seems to have heard Clinton saying all white people should apologize.

"If you're an unemployed machinist in Toledo, you're really more privileged than the millionaire, Harvard educated African-American President of the United States? That's actually an insane statement. And not one person called her on it or even noticed it. So just apply the same standard to Hillary."

Get the sense he might still be a little upset about the whole African American in the White House thing?

On a Fox show with host Charles Payne, Republican guru Karl Rove was unable to maintain the fantasy that Trump is a reasonable person to be the party’s nominee for the presidency. The former Bush chief of staff went off at the suggestion that it is in any way a good idea for Donald Trump, “as a New Yorker,” to “hit back” at every perceived slight.

“Yeah, well, you know what?” Rove began. “If he does that between now and the election, what do you think is going to happen? The Clinton campaign is going to provoke him every day to stay off of message. And he is going to fall for all of these things and waste valuable time. Does he want to win or does he want to respond? If he wants to be the New Yorker and punch back at everybody who comes his way — fine! That’s an open invitation for everybody to come his way with things like this.”

Might we just interject that it seems Rove is no great fan of New Yorkers in general? Also, Donald Trump has a message?

Rove was just getting started.

“He has 88 days to make his case," Rove said. [Author's note: 85 days now] “He has squandered the last three weeks by responding to the Gold Star mother. The day after he had his presidential nomination, he became the official nominee of the Republican Party. The first news conference he had was not devoted to laying out the case against Hillary Clinton or bashing Barack Obama or laying out what he wants to do as president. It’s renewing and revisiting all of things he said about Ted Cruz, who was yesterday’s news at that point!”

“And why? He felt compelled to do it. He ought to get control of his impulses and keep focused on the main target. Otherwise you’re going to have more of these Republicans saying ‘why do we want to stand by this guy when he just keeps going after the wrong target.'”

Your guess is as good as ours, Karl. No, we don’t exactly feel your pain, but we acknowledge it.

Simone Manuel won a gold medal in Olympic swimming competition this week, becoming the first African American ever to do so.

Michael Phelps added four more gold medals and a silver one (how terrible) to his history-making tally.

The San Jose Mercury News covered the news of these events with this headline, and an identical tweet:

And the winner of the most Olympically offensive headline is...!

Note, unlike Trump, the paper's editors did apologize.