Olympic men stand up to sexism, too — because that's not just women's work

The coverage of the games has been clueless, but athletes Andy Murray and Adam van Koeverden get it right 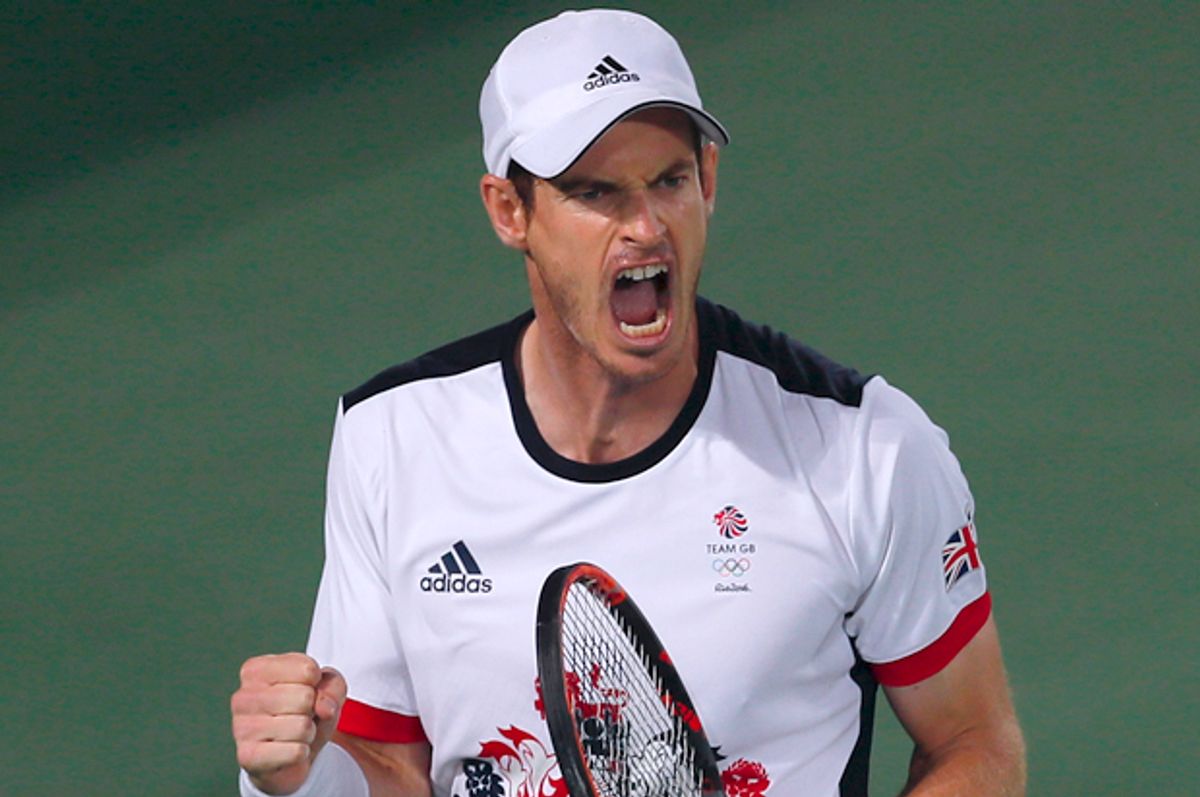 Feminism! Fairness! Equality! These are not concepts that affect women alone. But boy, do we get tired of carrying the expectation that they are. So a big "Well done, gentlemen," to Andy Murray and Adam van Koeverden, two male athletes who this week took a stand against sexist assumptions.

First, tennis great Murray set the record straight Sunday evening after his Olympic gold medal-winning victory over Juan Martín del Potro. Interviewing the Scottish champ, the BBC's John Inverdale gushed, "You’re the first person ever to win two Olympic tennis gold medals. That’s an extraordinary feat, isn’t it?" But Murray correctly replied, "Well, to defend the singles title ... I think Venus and Serena have won about four each but hadn’t defended a singles title before. I mean it’s obviously not an easy thing to do. I had to fight unbelievably hard to get it tonight as well. Yeah, I’ll enjoy this one."

As The Guardian points out, last year Murray unabashedly declared himself a feminist, writing a blog post about the sexist criticism he'd witnessed his coach Amélie Mauresmo endures, and saying, "Have I become a feminist? Well, if being a feminist is about fighting so that a woman is treated like a man then yes, I suppose I have. My upbringing means that I’m quite attuned to the whole thing." Nice to see that a year later, he's still walking the walk.

Elsewhere this weekend, Canadian Olympic canoeing medalist Adam van Koeverden took on his "fellow Olympic champ boatsman" Adam Kreek, in an op-ed chastising Kreek for his sexist, dismissive comments about tennis champ Eugenie Bouchard. Bouchard, who earlier this summer faced intense scrutiny at Wimbledon for her floaty Nike tennis uniform, was the subject of Kreek's criticism in a TV interview in which he suggested that maybe Bouchard didn't really care about being number one. "Well, I don’t know if she does," he shrugged in a television interview with journalist Ron MacLean. "When I saw her in the mixed zone, she loved talking to the media. And I go and I look on her social media, and she’s posting pictures of herself, she's holding up the toothpaste, and she’s trying out different hairstyles. Maybe she wants something different than to be a competitor. That's okay. For me as a sports fan, I'm not interested in watching that. But there are people out there who want to see someone pursuing beauty and fashion and this sort of thing."

(It's funny how obsessive males get about how the "beauty and fashion" of female athletes — see also Fox's recent segment in which two dudes discussed the topic as well, lamenting that they shouldn't have to be subjected to the sight of "some chick's zits.")

Writing for The National Post, van Koeverden laid it out clearly, saying, "After Adam made a few sweeping generalizations about a woman who has gone farther and done more in the sport of tennis than any Canadian woman in generations, he questioned whether or not she actually wants to win…. He even did a girlish impression of her 'trying out different hairstyles,' seemingly as evidence that she isn’t focused on winning, or that having an interest in fashion, beauty or anything else might detract from one’s performance. Since when is having a pastime a bad distraction?… This is the kind of tired, regressive, paternalistic, arrogant and sexist commentary that female athletes put up with all the time, and it needs to stop." Holla!

So far this Olympics we've seen an endless parade of examples of media reporting that's either flat-out ignored the achievements of women — especially women of color — or minimized them in context of their roles as wives and moms. Just this weekend, after diver He Zi of China "settled" for a silver medal, the AP cheerfully reported that it was okay because she also earned "an even bigger prize: an engagement ring" from her boyfriend.

Female athletes don't need this crap. And men need to follow the example of Murray and van Koeverden and call it out too. Because accurate, balanced reporting makes the games better for everybody.