He's not erratic or crazy: Trump used lifestyle marketing to win the Republican nomination and outsmart the media

This was all by design: Trump is acting intentionally, with premeditation and according to a plan 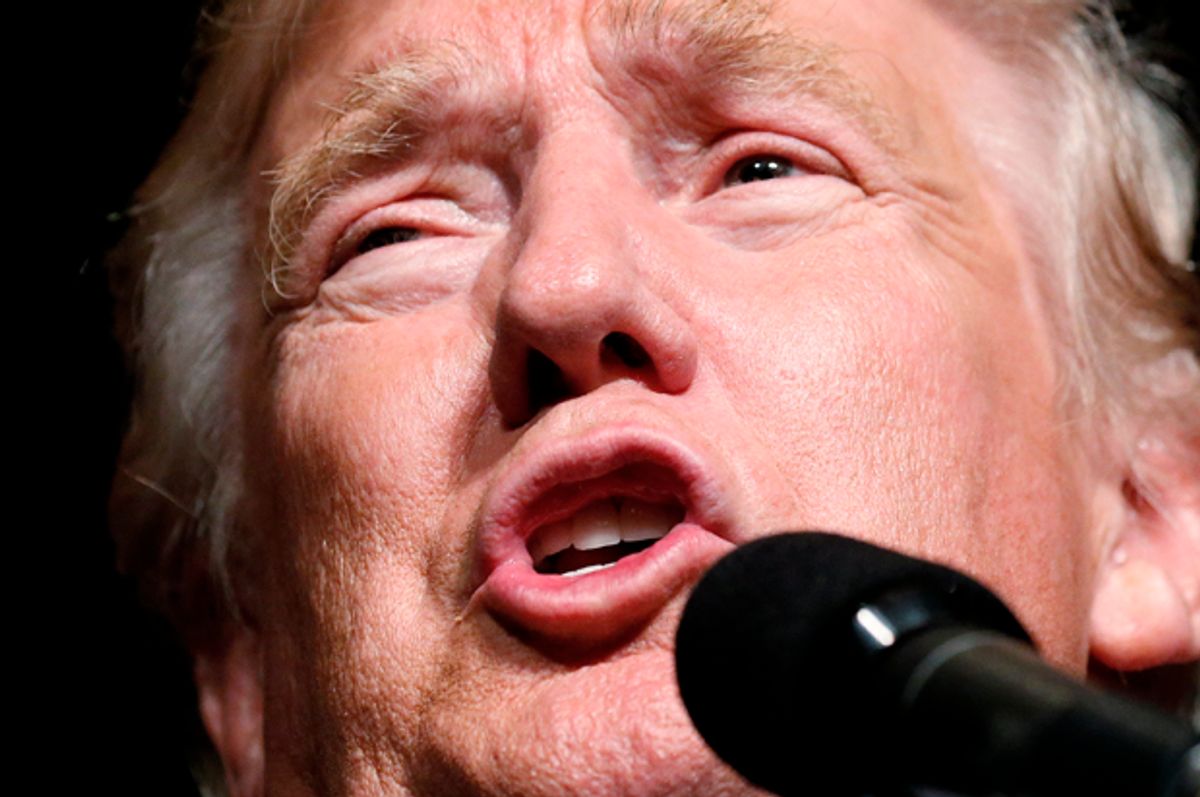 On Friday Donald Trump was again in full professional wrestling heel mode. Using Twitter, he mocked the news media by saying, "I love watching these poor, pathetic people (pundits) on television working so hard and so seriously to try and figure me out. They can't!"

He is absolutely correct. As I explained in an earlier Salon essay, the mainstream media do not understand Trump’s meta game and how he has skillfully broken the rules of “normal politics” and the 24/7 cable news cycle. Trump’s incitements to violence against Hillary Clinton; his racist, sexist and bigoted statements and repeated lies about factual matters; and his conspiracy theories about how Barack Obama is a founder of the terrorist organization ISIS are not gaffes or errors.

Politicians can be viewed as purveying a type of product. From the beginning of the television era, concepts and strategies from the fields of marketing, advertising and public relations have heavily influenced American political campaigns and strategy. Trump, the gangster capitalist, Wharton grad and businessperson who makes money from licensing his name and persona, is simply applying these concepts to obtain political power. With varying levels of success, he is using a strategy for his presidential campaign based on “lifestyle marketing.”

Lifestyle marketing involves using emotion to create a sense of community and identity for a product or service. This type of marketing often resonates with a given target audience for a longer period of time than merely focusing on the specifics of a product. As has been done with the ad campaigns for Apple computers and phones as well as Red Bull energy drinks, the product or service is not marketed straightforwardly but rather it's all about how they connect with consumers' sense of self and identity.

And lifestyle marketing can leverage how consumers use brands to express their individual sense of self. It may attempt to address groups of people (such as “hipsters” or “preppies”) or those described as “urban,” alternative,” “diverse” or “multicultural” to create brand loyalty and demand. Social media and other online technologies are essential tools for a successful lifestyle marketing campaign because they transform consumers into active advocates for the brand.

Donald Trump is applying all of these concepts. He is leveraging for his target audience a chance for them to personally identify with him. His “Make American Great Again” slogan, T-shirts, posters and campaign signs all create a sense of community that is prefaced on white identity politics and use  reactionary conservatism to unite his public. Trump is extremely active on social media platforms such as Twitter.

As surveys of his supporters show, Trump’s appeal is not based on his policies or expertise. Their enthusiasm for him is centered on how he “stands up to political correctness,” “speaks for people like them,” “tells it like it is,” is a television “celebrity,” “rich and successful,” is “strong” and will “keep them safe.”

These feelings were highlighted in a recent profile of Trump supporters in The Guardian:

Most others, especially the Trump supporters, are unabashed in their views, celebratory, giddy to have someone addressing their concerns, and talking their language. Two guys, just off work, come in and yell to their friends, “Fuck yeah, dicks! The Polacks for Trump are here!”

That everyone else hates Trump makes them all the more confidant he is their man, further cements the feeling they are, finally, members of an exclusive club. As one guy yelled when the TV showed a controversy over something Trump said: “You get them Donald! They been getting us forever.”

And the Guardian piece explains why this tactic seems to work:

They want respect because they haven’t just lost economically, but also socially. When they turn on the TV, they see their way of life being mocked and made fun of as nothing but uneducated white trash.

With Trump, they are finding someone who gives them respect. He talks their language, addresses their concerns. Sometimes it is celebrating what defines their neighborhood, what they in Parma have in common: being white. They and Trump are playing in dangerous territory, with the need for respect tipping into misplaced revenge.

Trump’s racism, nativism and bigotry are not stigmatized or shamed by his supporters. Furthermore, research has shown that these are common beliefs among conservative authoritarians. Such attitudes and beliefs add up to a type of social cognition, a worldview and a lifestyle that extend beyond any particular policy point such as banning Muslims from entering the United States or building a wall to keep out “illegal aliens” from Latin America.

The mainstream U.S. news media has facilitated Donald Trump’s lifestyle-marketing campaign by giving him at least $3 billion in free coverage. Because these media outlets are cowered by accusations of “liberal bias,” they have  until very recently refused to directly expose and confront Trump’s lies, distortions and other incendiary behavior — and only in isolated instances. The corporate news media is also very cowardly in its desire to be fair and objective by presenting a “both sides do it” narrative when discussing Republicans and Democrats. As recent research at Harvard’s Shorenstein Center shows, Donald Trump has received 49 percent positive media coverage compared with Hillary Clinton who has drawn 47 percent positive news coverage in the 2016 presidential primary campaign.

In Blue Nation Review, Peter Daou explains the absurdity of this dynamic:

Let that sink in. The candidate who wallows in bigotry, who incites violence, who verbally abuses his critics, who is a self-avowed threat to the free press, gets more positive coverage  than his opponent — an opponent he suggested should be shot! It is an astonishing commentary on the enduring capacity for sycophancy and cowardice on the part of mainstream reporters.

But even when members of the Fourth Estate act responsibly, they still enable Donald Trump’s lifestyle marketing campaign: In refuting Trump’s claims, the news media still mentions them. And Trump’s public has been trained for decades by Fox News and other right-wing propaganda operations to be distrustful of the mainstream media. So the more Trump is criticized by this mainstream news media, the more his rabble is likely to believe him.

Trump’s ascendance to power in the Republican Party is an example of the perils, complexities and possibilities that are present when lifestyle marketing is applied to American politics. Yet the popularity of Donald Trump’s brand does not extend to the general electorate. Moreover, the very aspects of the lifestyle that he is selling to his public make him repulsive to the Americans who are outside of his narrow political market. This creates a type of feedback loop that Trump must escape if he is to defeat Hillary Clinton in November. Plus, Donald Trump’s businesses are now suffering because of the unpopularity of his political campaign: Hotel bookings at Trump-branded properties have decreased by double digits.

Trump is acting intentionally, with premeditation and according to a plan. There is little if anything accidental about Trump’s lifestyle-marketing campaign of racism, bigotry, nativism and misogyny.

Donald Trump is not King George. He is not possessed of some type of “madness.” It is long overdue that the mainstream American corporate news media stop pretending that he is.