It's not Bernie backers: If the U.S. elects Trump, this is who is responsible

It’s convenient to blame Berners for a possible Trump win, but they are the last ones responsible for this mess 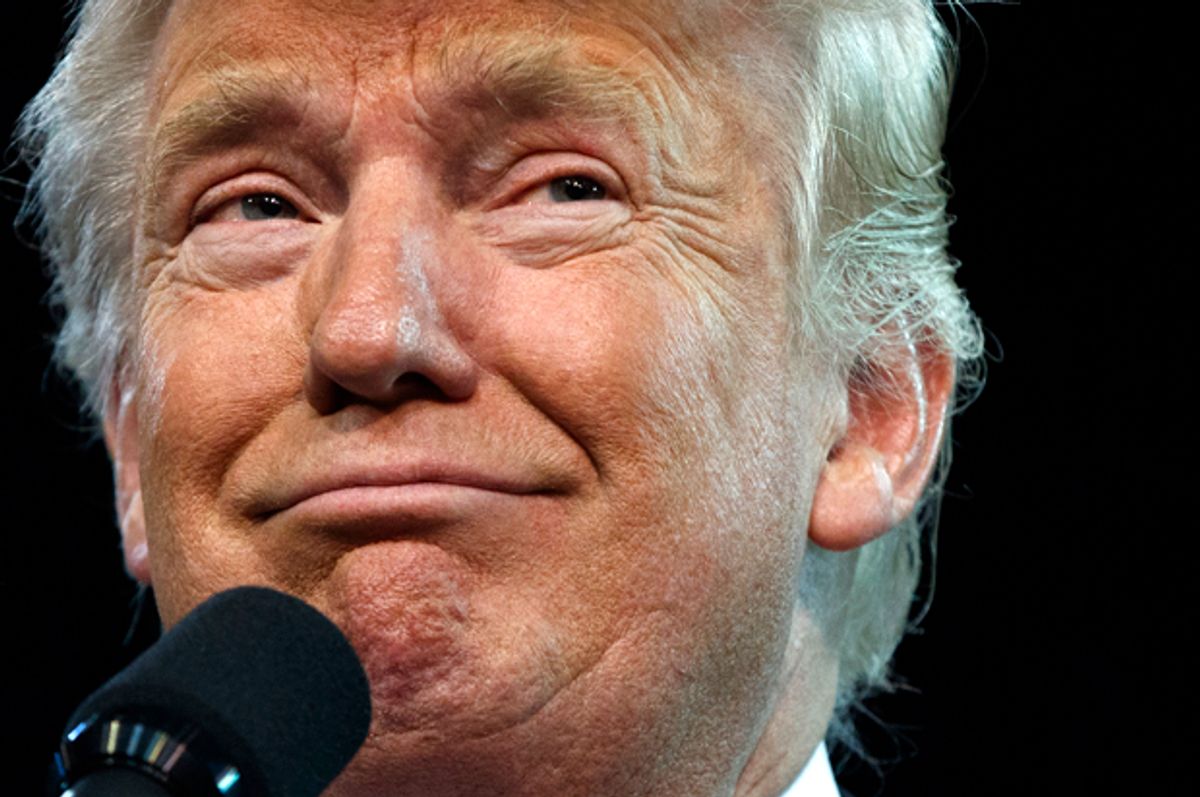 Hillary Clinton came out of the Democratic convention with what seemed like a comfortable lead in the polls.  But it didn’t take long for that brief moment to pass. This week brought even more news about her shady dealings.  In a new batch of released emails we learned that Clinton helped a bank while Secretary of State to then reap direct benefits from the same bank.  Julian Assange isn’t finished with Clinton yet either. So it is safe to assume that this is not the last round of Clinton scandals we will face before the election.

Up to now it has largely been argued that if Clinton doesn’t win in November, it will be the fault of those rogue #DemExit Sanders supporters who lack the ability to be practical.  Even Bernie himself has gotten on board, the argument goes, so what is the problem with those folks who are aren’t toeing the party line?  Shrieks of “remember Nader” fill the social media of the left and there is an ongoing attempt to “vote shame” those who still aren’t “with her.”

While the polling suggests that, thus far, third party voting won’t radically affect the outcome in November, it really is too soon to tell.  A lot can still happen and polls can get it wrong.  So until we have the final numbers we won’t know if the in fighting from the left may turn out to have been all for naught.  Lots of folks like to blame Ralph Nader voters for Al Gore’s loss, but that is debatable and the same will likely be true this time.

But even if Clinton does lose in November, here’s the deal: Sanders supporters who refused to back Clinton will be the last ones who bear the blame for this mess.  Berners have been the favorite punching bag in these debates, but it is time to end that delusion right now.

It is hard to decide who should bear the most blame if Trump wins, but I’m willing to suggest that we put Clinton herself at the top of the list.  Let’s face it; after we weed out the hateful misogynistic rants about her annoying voice and castration complex, Clinton has made some really bad decisions. The long history of conflict of interest issues is real. When Bernie asked her to release her transcripts from her Wall Street speeches, he had a point.

But there’s more. Clinton also really can’t give us a reasonable explanation for her personal email server.  That means there are legitimate reasons to question her judgment. She has repeatedly conducted herself in ways that appear to lack integrity and good judgment.

It gets even worse. Her collusion with Debbie Wasserman Schultz has incensed many in the public who thought that she should distance herself from Wasserman Schultz in the wake of emails that suggest that the DNC was biased towards Clinton from the start.  Rather than issue a statement condemning Wasserman Schultz, she gave her a position in her campaign and has been stumping for her. For many Sanders supporters all of this amounts to a clear and undeniable pattern of elitist cronyism.

As I’ve said before, the problem with Clinton is that she has refused to take seriously the valid critiques of her leadership. She has lumped it all into mean-spirited, ad hominem attacks that come from rabid right-wingers and Bernie bros.  But the reality is that there are a lot of reasonable people out there who think she does not represent the core values of the left in this nation.  And they also think she has acted like she is above the law, having created a vast network of oligarchic associations that have given her both money and power.

So, if Clinton loses, she has herself first to blame. After that I say we throw in the DNC.  More evidence will come out of how they were biased towards Clinton in a direct violation of their mandate to remain neutral.  The leaked emails show a network of people who were all mocking Sanders and trying to help Clinton.  So that’s a huge problem for those Sanders supporters who are now being told to support Clinton.

But there’s more. The primary cycle has revealed not just bias, but also complete myopia in the party.  From the public debates over the party platform, where senior members of the DNC are on record supporting the Trans Pacific Partnership, to the organizing of debates at times when fewer viewers would tune in, the party has revealed itself to be in conflict with their very own constituency.

And then there is the super delegate fiasco that shows that the party wanted to make sure that voters would not have the final word on who was selected as the nominee. The DNC ran the primary protecting the oligarchy, not advocating for the interests of left leaning voters.  If they alienated those people, then they only have themselves to blame.

Lest we think that all of the blame for a Trump win falls on the Democrats, let’s also point out that, if the reality show icon wins, we can blame the Republicans themselves.  There have been multiple stories about how the Trump campaign has exposed deep fractures among the right.  But it has to be pointed out that Trump’s clinching of the nomination proves that the RNC let the party be overrun by rabid anger over and against traditional conservative values.   Jeb Bush is still wondering how this all went down.  Well, when he snaps out of his stupor, he can blame himself and his friends.

Next on the list is the two-party system, the Electoral College, and the winner take all voting structure that has locked us into a two party duopoly.  The only reason why the third party candidates are being accused of potentially “messing up” the election is because we have an undemocratic system that does not allow voters to have real choices on Election Day.  It is too late for any major shift to happen before we vote in November, but one can hope that the fact that the majority of the US public does not like either of the top two candidates is enough to lead to some serious election reform.

Folks that vote third party and show that the public is ready to break out of the two-party mold can go a long way to helping institute changes in the system.  Meanwhile it is worth noting that unless you are in a swing state, your third-party vote isn’t likely to make a difference in the outcome anyway.  So if Trump wins, you can’t be blamed for it.

Last on the list will be the actual people who vote for Trump.  You’d think they’d be first, but it turns out that they are largely the pawns in the story.

There is little question that the folks that support the racism, xenophobia, and outright lunacy of a Trump presidency bear some serious responsibility if he wins.   But, as Michael Moore points out, the bulk of these folks are backing Trump out of sheer anger at a system they feel doesn’t serve them.  Should we worry that their frustration has turned to hatred, aggression, and irrationality? Absolutely. But until this nation addresses the deep problems of economic inequality, poor public education, and the lack of public support for struggling communities that are fueling the Trump train, he will only get more supporters.

Trump is channeling legitimate anger at a real reduction in the quality of life.  The fact that the way he is channeling it smacks of fascism should scare us all, but it is still debatable whether those fears have to translate into a vote for Clinton.

Meanwhile the folks that bear none of the blame are Sanders supporters who may be choosing not to vote or who may cast their vote for Jill Stein.  If those voters refuse to submit to a system that they feel is rigged, then it is the system that is to blame, not the voters.

Sanders was the one candidate who clearly stated his opposition to big money in politics, to political corruption, cronyism, and to policies that benefit the one percent. So it should come as little surprise that with each new Clinton scandal, Sanders supporters feel less enthusiastic about following their candidate’s footsteps and endorsing Clinton.  Sanders taught them to fight for a “future to believe in.”  They simply don’t want to endorse a candidate they think won’t do that.

Any sane person would agree that a Trump presidency would be a disaster for this nation.  But it is time for those same people to realize that if he wins, the last people we should blame are the ones who backed a candidate they believed would actually make our country great again.

If you want Trump to lose and you think you need #DemExit voters to beat him, then it is time to give them something to vote for, not just something to vote against.  And if that seems impractical or impossible, then it may just be time to blame yourself for your own role in upholding a system that sucks.