Medical community clashes with CDC for recommending against flu vaccination 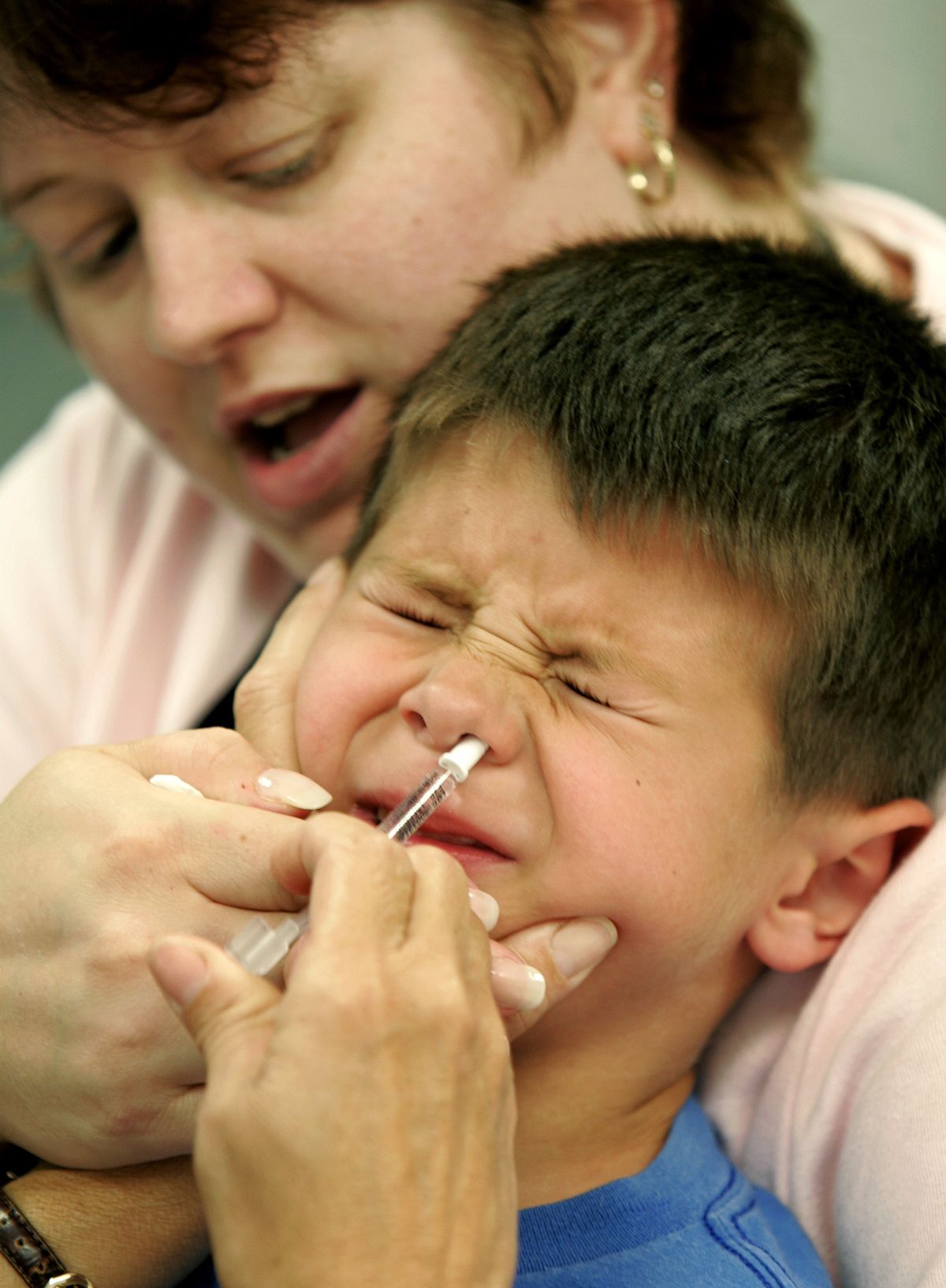 Eric Krex, 6, reacts as he is held by his mother, Margaret, while a nurse gives him a FluMist influenza vaccination (Photo/Chris Gardner)
--

In June, the Centers for Disease Control and Prevention shocked the medical community by recommending against the use of the live nasal flu vaccine for the upcoming flu season.

But Mark Loeb, lead author of a study just published on Monday in "Annals of Internal Medicine," told NPR's Tara Haelle that his team found the live nasal vaccine not only to be as effective as the inactivated shot -- 5.3 percent infection rate for the nasal, 5.2 percent rate for the shot -- but that his results align with those that led ACIP to recommend the mist for children as recently as 2015.

One possible explanation for the difference between the results is that the ACIP study was carried via survey on American citizens, whereas Loeb's team performed a randomized controlled trial on 52 isolated Hutterite communities in Canada. In theory, that should make the Canadian study more accurate, especially given that it accords with other studies in the United Kingdom and Finland that establish approximately a 50 percent effectiveness rate for the live nasal vaccine.

Another potential reason could be that the vaccine used in the Canadian study only contained three live strains of the flu, whereas the nasal mist available in the United States contains four.

Although it seems superficially counterintuitive that being exposed to more strains would produce a weaker immune response, it could be that competition between multiple strains interferes with the body's ability to produce a response to any particular one. Focusing on only three live strains instead of four could simply provide greater protection to all of the possible strains the body encounters in a given season.

"Simply" is, however, perhaps the wrong word. As Loeb told NPR, "sometimes the public wants a very simple message, and unfortunately life's not like that. Things change as the evidence grows and we understand more. Unfortunately, that's how science and clinical medicine work. The challenge is to be able to help the public understand the shades of gray here."