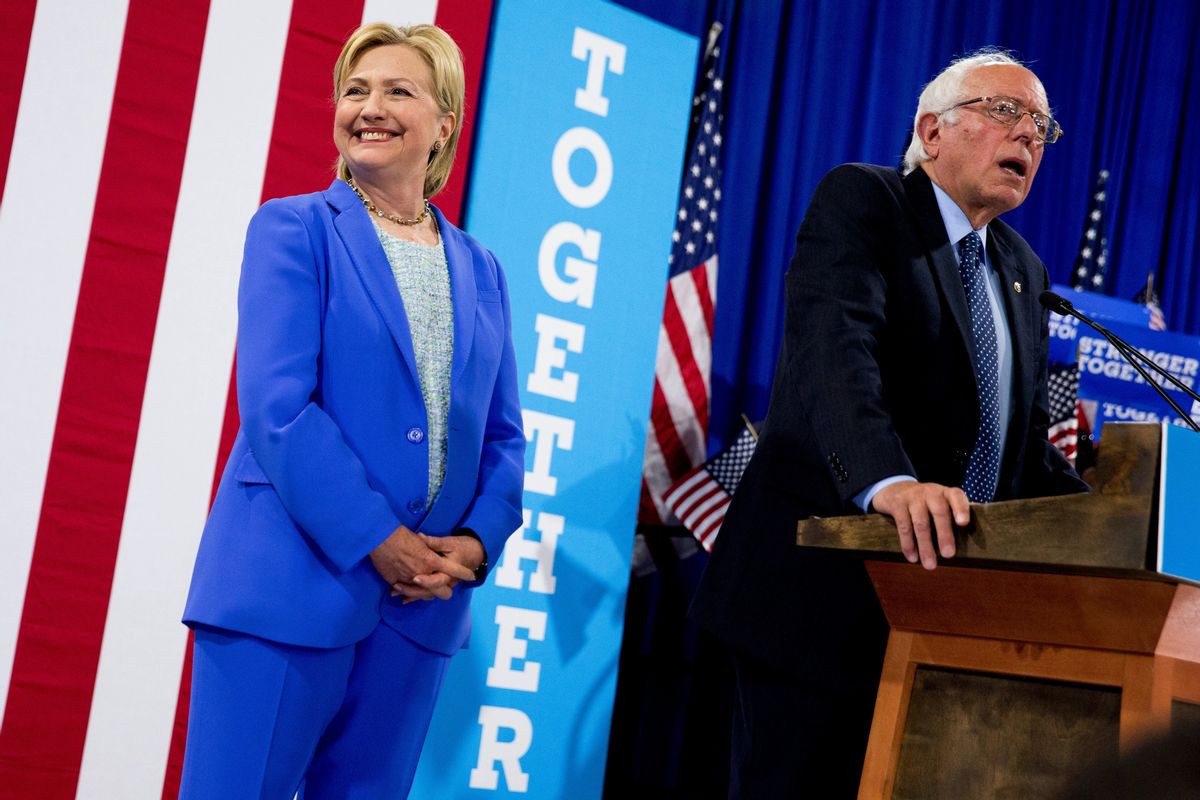 It looks increasingly likely that Hillary Clinton, a self-described “progressive who likes to get things done,” will have her chance starting next January. But how much that’s progressive will she actually be able to get done?

The Senate may flip to the Democrats but there’s almost no way Democrats will get the sixty votes they need to stop Republicans from filibustering everything she says she wants to do.

She’s unlikely to have a typical presidential honeymoon because she won’t be riding a wave of hope and enthusiasm that typically accompanies a new president into office. She’s already more distrusted by the public than any major candidate in recent history. On Election Day many Americans will be choosing which candidate they loathe the least.

She hasn’t established a powerful mandate for what she wants to get done. Her policy proposals are admirably detailed but cover so much ground that even her most ardent supporters don’t have a clear picture of what she stands for. And she’s had to spend more time on the campaign trail attacking Trump’s outrage du jour than building a case for a few big ideas.

To say nothing of the moneyed interests — wealthy individuals, big corporations and Wall Street — that are more powerful today than at any time since the Gilded Age, and don’t want progressive change.

Even if Hillary sincerely intends to raise taxes on rich Americans in order to pay for universal child care, affordable higher education and infrastructure spending, the moneyed interests have the clout to stop her.

They’ll also resist any effort to raise the federal minimum wage to $12 an hour, require employers to offer paid family leave or push them to share their profits with employees.

The heart of American politics is now a vicious cycle in which big money has enough political influence to get laws and regulations that make big money even bigger, and prevent laws and rules that threaten its wealth and power.

Before Hillary can accomplish anything important, that vicious cycle has to be reversed. But how?

Bear with me a moment for some pertinent history.

As economist John Kenneth Galbraith noted in the 1950s, a key legacy of the New Deal was creating centers of economic power that offset the power of giant corporations and Wall Street: labor unions, small retail businesses, local banks and political parties active at the state and local levels.

These alternative power centers supported policies that helped America’s vast middle and working classes during the first three decades after World War II — the largest infrastructure project in American history (the Interstate Highway program), a vast expansion of nearly-free public higher education, Medicare and Medicaid, and, to pay for all this, high taxes on the wealthy. (Between 1946 and 1980, the top marginal tax rate never dipped below 70 percent.)

But over the last three decades, countervailing power has almost vanished from American politics. Labor unions have been decimated. In the 2012 presidential election, the richest 0.01 percent of households gave Democratic candidates more than four times what unions contributed to their campaigns.

Small retailers have been displaced by Walmart and Amazon. Local banks have been absorbed by Wall Street behemoths.

And both political parties have morphed into giant national fund-raising machines. The Democratic National Committee, like its Republican counterpart, is designed mainly to suck up big money.

So where can Hillary look for the countervailing power she’ll need to get the progressive changes she says she wants?

The most promising source of a new countervailing power in America was revealed in Bernie Sanders’s primary campaign: millions of citizens determined to reclaim American democracy and the economy from big money. (Donald Trump’s faux populism tapped into similar sentiments, but, tragically, has channeled them into bigotry and scapegoating.)

That movement lives on. Organizers from the Sanders campaign have already launched Brand New Congress, an ambitious effort to run at least 400 progressive candidates for Congress in 2018, financed by crowd-sourced small donations and led by a nationwide network of volunteers. Sanders himself recently announced the formation of “Our Revolution,” to support progressive candidates up and down the ticket.

Hillary Clinton has been relying on big money to finance her presidential campaign, but she’s always been a pragmatist about governing. “A president has to deal in reality,” she said last January in response to Sanders. “I am not interested in ideas that sound good on paper but will never make it in real life.”

The pragmatist in her must know that the only way her ideas will make it in real life is if the public is organized and mobilized behind them.

Which means that once she enters the Oval Office, she’ll need the countervailing power of a progressive movement — ironically, much like the one her primary opponent championed.